It was only last November that Whitney, a sweet 18-month-old black cat at the ASPCA Adoption Center, was competing for space and resources with 40 other animals in a Bronx basement apartment.

Whitney came to the ASPCA’s attention when a woman bringing her dog to the ASPCA Animal Hospital (AAH) told Dr. Laileena Yu, an AAH intern, that she also had 38 cats and two other dogs at home.

“Although the animals were overall in good body condition, many of the cats displayed signs of upper respiratory tract infections with ocular and nasal discharge,” recalls Dr. Tran.

“The client took in Whitney—then known as Earmuffs—because people had been abusive toward her,” says Mo, who adds that the client supported herself by scavenging and collecting recyclable bottles and cans, while a friend provided her with food for her animals.

“She tried very hard to provide for her pets the best she could,” says Dr. Tran. “Relatively speaking, the apartment was clean and there were litter boxes available throughout for the cats. However, there was the unmistakable odor of multiple cats, and she understood she was overwhelmed.”

Mo returned to the apartment two more times with members of both the Community Medicine and Community Engagement teams. Mo and his team built a relationship with the woman, ultimately convincing her to relinquish many of the cats to the ASPCA for adoption as well as spaying and neutering her entire population of animals.

In January 2019, Katherine Good, ASPCA Manager of Foster Placement, coordinated the intake of 14 of the client’s cats, including Earmuffs—who suffered from a wound behind her right ear.

Surgeons at AAH closed Earmuffs’ wound on January 10 after bandage management was unsuccessful, according to Dr. Felicia Magnaterra, Manager of Veterinarians at the Adoption Center.

“She had ongoing ear infections in addition to ear mites and bacteria, and we suspect the bacterial infection and the wound formation resulted from scratching at her ears because of mites,” Dr. Magnaterra explains. 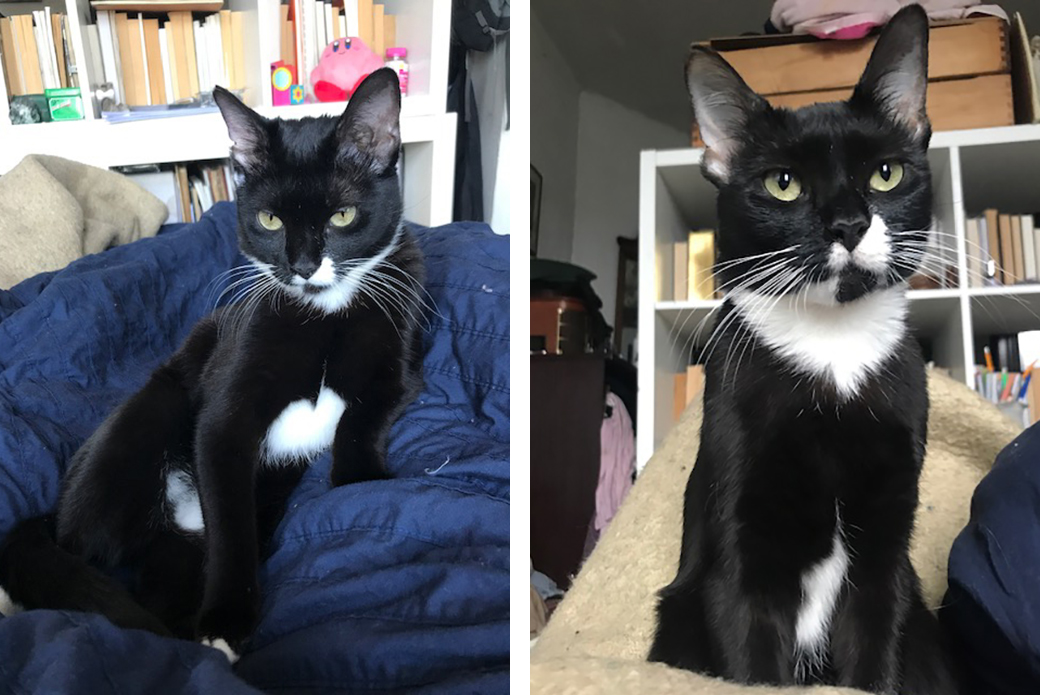 Earmuffs hadn’t been in the Adoption Center long when Bushwick residents Rebecca W. and Sam C. arrived on February 9.

“We had wanted a cat for a long time,” says Rebecca. “Right away when I petted Earmuffs she cradled her head in my hand, and I just knew she was the one. Sam, too. It was instant.”

Though Earmuffs still had some bald spots at the time, the mites and infection in her left ear had resolved. The couple went home with medication for her right ear, which had also improved significantly.

The small but confident cat—renamed Whitney—settled into her new home right away. 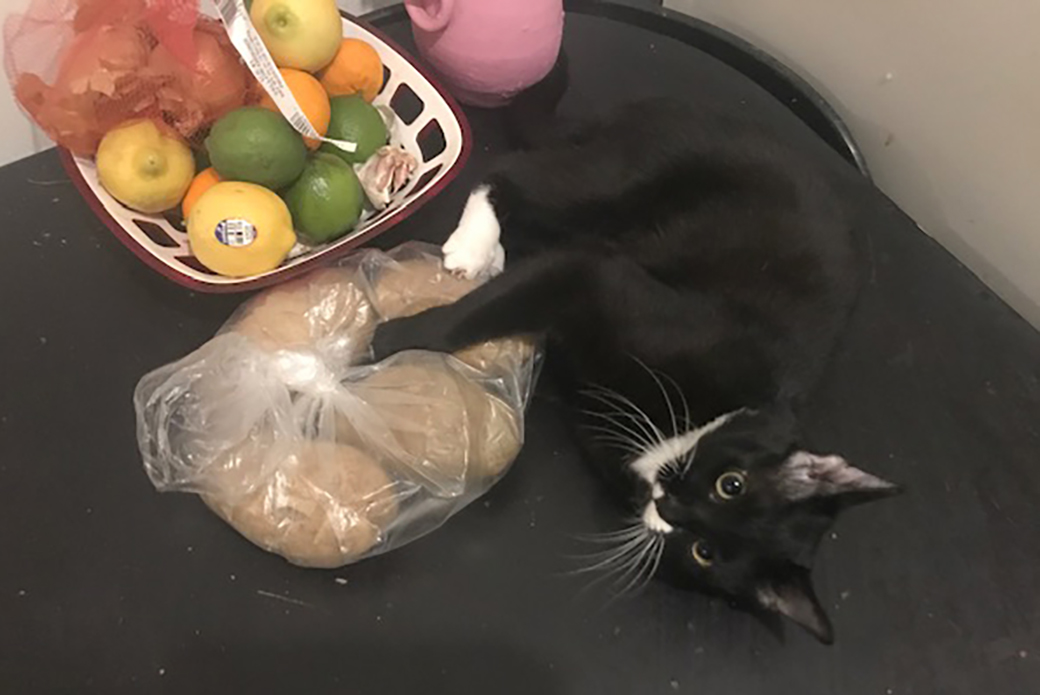 “She is curious and has explored every inch of the apartment,” says Rebecca, a freelance production assistant. “She also greets people and is very vocal.” 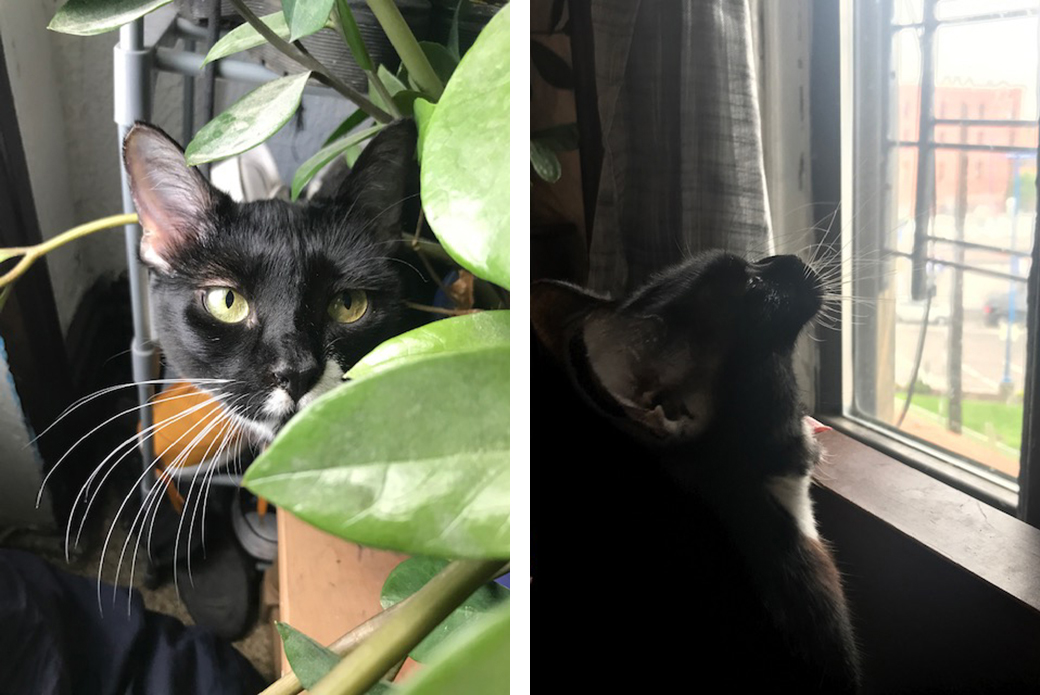 Whitney loves looking out the window and enjoys playing in the sink and shower. She also loves playing with shoelaces.

“She’s the queen,” Rebecca says. “Everything’s on her schedule.” 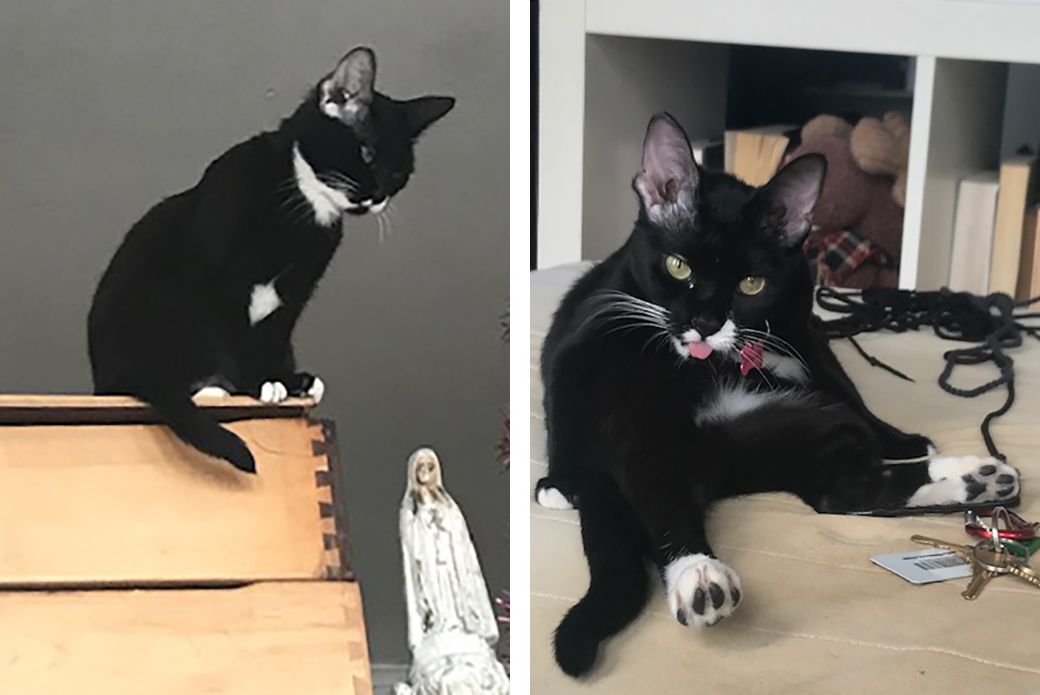 Since Whitney’s adoption, Mo’s team has paid another visit to Earmuffs’ former caregiver, who referred two more hoarding cases to them.

The ASPCA’s Community Engagement and Community Medicine teams work hard to provide support that helps families keep their animals, but in instances like this, relinquishing some of the pets is the most appropriate outcome.

“Not only were we able to improve the quality of life for the relinquished and remaining animals,” says Dr. Tran. “We also helped the client improve hers.”

Also enjoying a higher quality of life are the happy adopters, especially in Whitney’s case. “It felt really good to give her a new home” says Rebecca. “We just love her so much.” 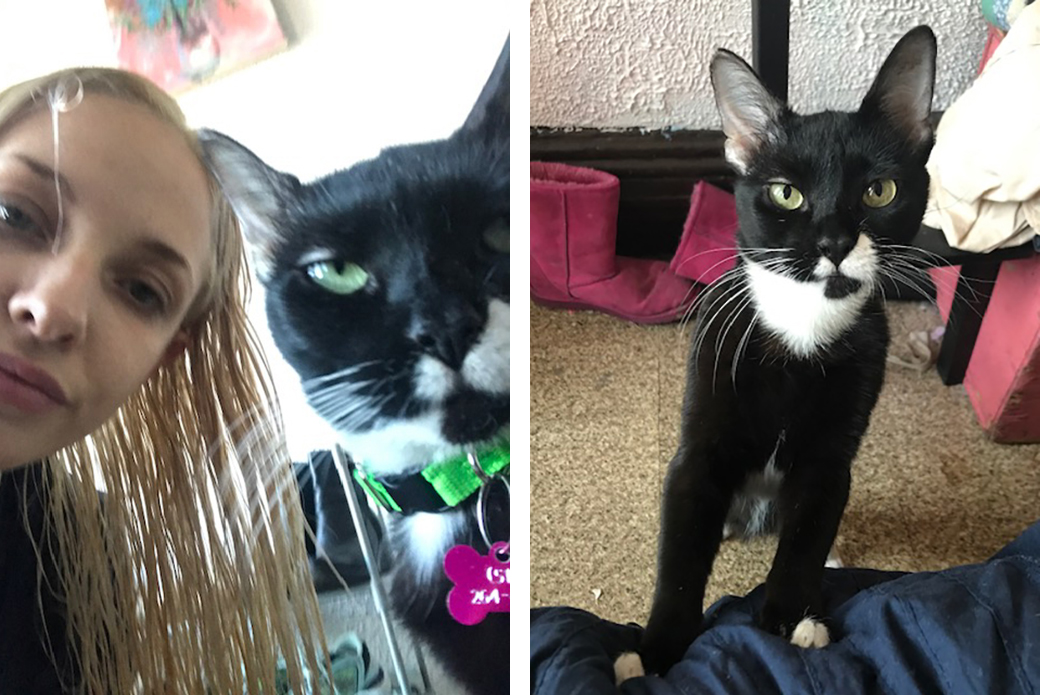