It was almost midnight on March 27, 2021, when a security guard discovered an abandoned cat carrier in front of the ASPCA Adoption Center in Manhattan.

Inside was a cat in need of urgent medical attention. Her fur was extremely matted in thick, foul smelling clumps that pulled at her skin. Her nails were so overgrown they curled around into her paw pads. She also had severe dental disease.

A veterinary intern admitted the cat—whom hospital staff named Fiona—to the ASPCA Animal Hospital (AAH) and placed her on IV fluids and pain medication. The following morning, she was moved to the ASPCA Animal Recovery Center (ARC), where she was sedated so she could be shaved and bathed.

When our staff did Fiona’s bloodwork, it showed she was diabetic.

“Diabetes is a common endocrine disorder in older cats,” says Dr. Aubrey Crowley, Medical Supervisor at ARC who oversaw Fiona’s case. “Like humans, most cats with diabetes have Type 2, commonly referred to as insulin resistance. The pancreas makes a normal to increased amount of insulin, but, for complex reasons, cells stop responding to it. As a result, blood glucose stays abnormally high, which can harm the body’s organs and tissues.” 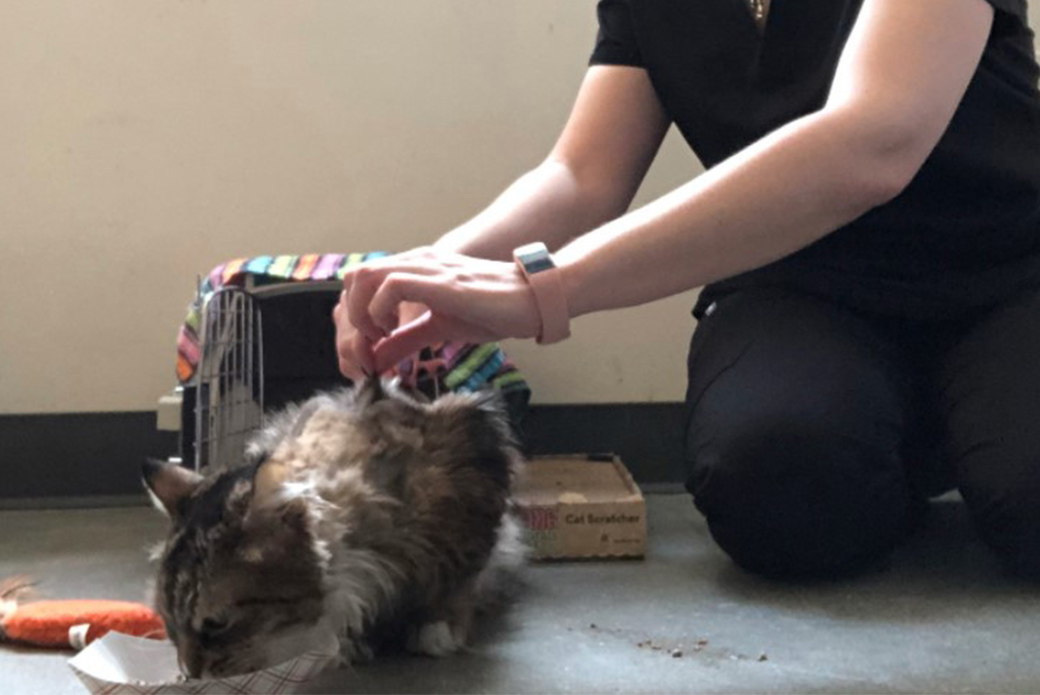 Once the disease is diagnosed, Dr. Crowley explains, it’s critical to treat it as aggressively and as quickly as possible. Quick medical intervention can often enable many cats to go into diabetic remission and no longer require insulin to maintain a normal blood glucose.

Fiona was started on a longer acting insulin and a prescription diet low in carbohydrates to help prevent spikes in her blood glucose. However, the medical team soon hit a major roadblock when she became resistant to insulin injections and pokes of her paw pads to check her blood sugar. If this continued, veterinarians were concerned she would not behaviorally tolerate the lifesaving treatment she needed.

“Fiona posed quite a challenge for our team when trying to meet her medical needs,” says Samantha Nigbur-Mays, Animal Behavior Counselor.

To continue Fiona’s treatment, the ARC veterinary team found a novel option to try. They ordered FreeStyle Libre, a human medical tool that measures glucose continually through a sensor with a filament that sits under the skin. 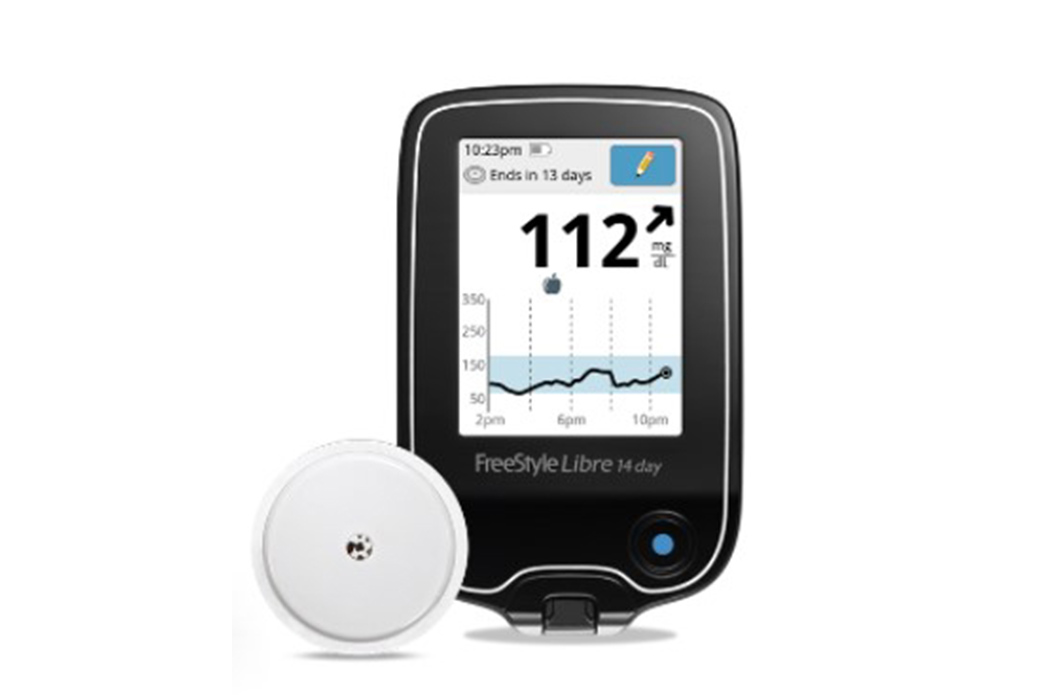 “The FreeStyle Libre is popular in humans because it’s less invasive and painful,” says Dr. Crowley. “One sensor lasts 10 to 14 days, and patients can track their blood glucose during that time with their phone or a sensor reader without having to poke themselves. Recently, some veterinarians have had success using it for canine and feline diabetic patients.”

Fiona was sedated for her first sensor placement and moved to an office where she would be less confined than in a kennel—and less defensive. Her insulin administration was performed by medical staff with whom Fiona was familiar and took place while she was eating so she would be distracted by food.

“Thankfully, Fiona is very food motivated,” says Erica Valenti, a Licensed Veterinary Technician (LVT) at the ARC. “After a few visits with meals she would leave her hiding spot and come to the feeding area, allowing us to pet her.” 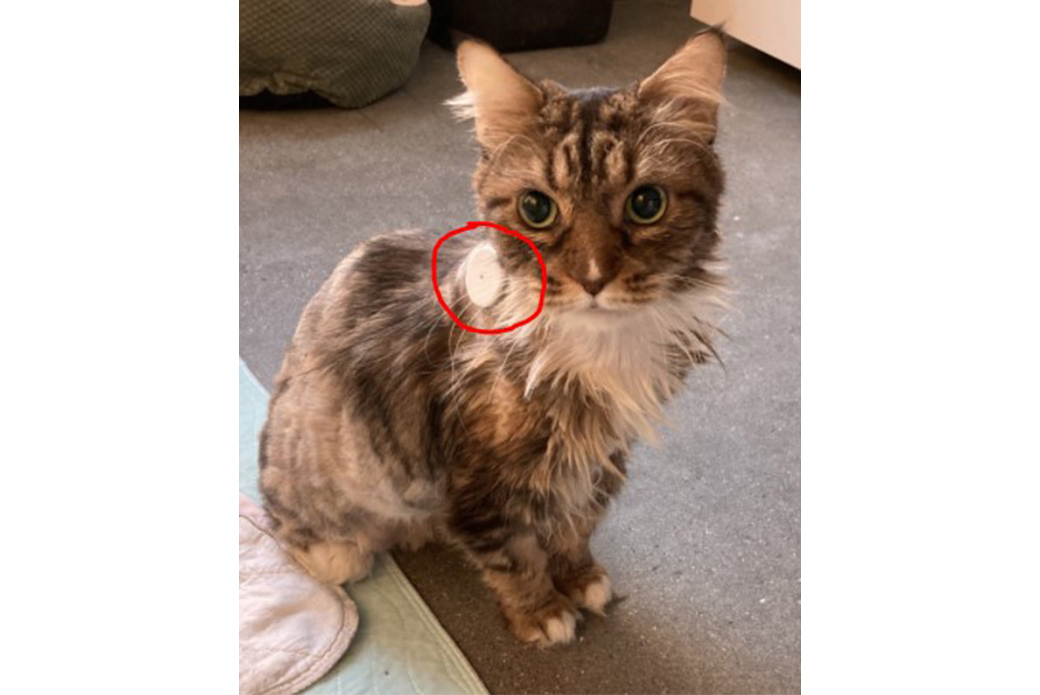 Susan Lee, another LVT, adds, “Fiona is sweet once she gets to know you. When you bring her food, she will trot on over.”

“Thanks to the Libre, it was a breeze to measure Fiona’s blood glucose,” Dr. Crowley says. “The reader was waved over her sensor and provided an instant glucose reading, allowing us to quickly determine whether or not she needed insulin.”

“The medical team’s dedication to caring for Fiona’s behavioral needs while also addressing her diabetes really allowed her to blossom,” says Samantha.

Other Benefits of FreeStyle Libre

Another significant benefit of the FreeStyle Libre was it allowed veterinarians to perform a blood glucose curve, a diagnostic that measures blood glucose every two hours over a 24-hour period. The curve determined how many hours of the day her glucose was controlled and if her insulin dose needed adjusting.

Without the device, Fiona would have required hospital admission and blood draws every two hours by a veterinarian or veterinary nurse. 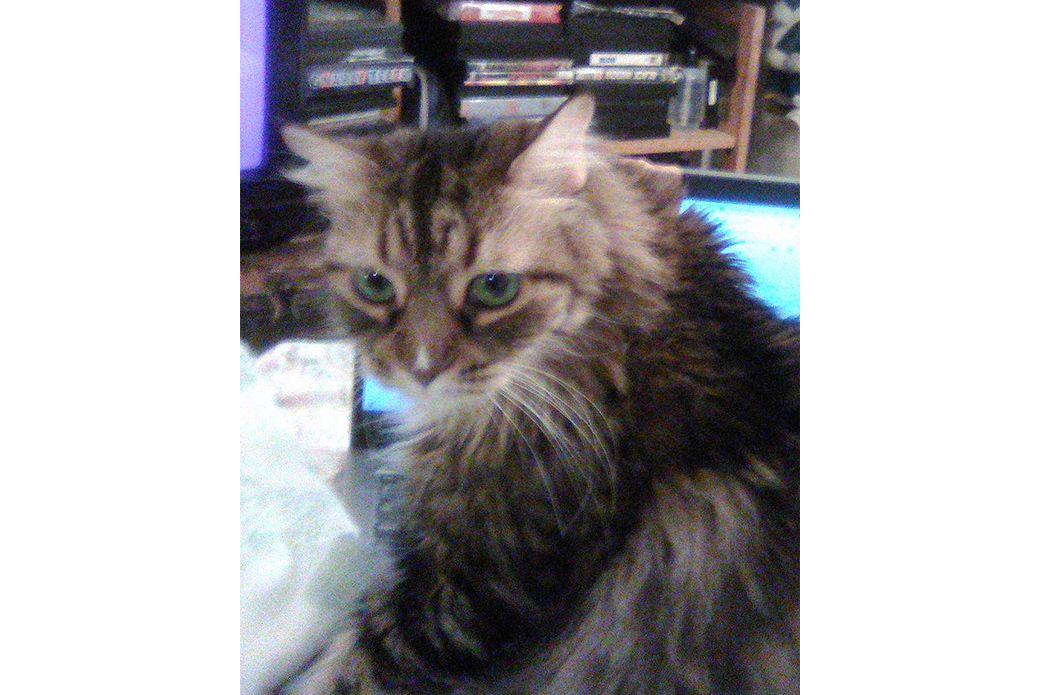 “In cats, stress causes spikes in blood glucose, and in Fiona’s case, the stress associated with blood draws would probably have led to misleading results,” says Dr. Crowley. “But there was no needle involved in taking readings from her sensor, so there was no stress. Also, we were able to train direct care staff, who are on-site for longer hours, to scan and record readings, allowing for continuous glucose monitoring over a full 24 hours.”

As the weeks progressed, Fiona required less and less insulin, and the ARC team continued to use the FreeStyle Libre to monitor her blood glucose, replacing it every two weeks under light sedation.

On May 20, Fiona underwent dental surgery and received her last insulin dose. Using the sensor, the ARC staff continued to monitor her blood glucose for another three weeks. It remained normal.

Veterinarians removed Fiona’s sensor on June 6, and she went into foster care in early July. On August 14, she was adopted by Valerie H., a retired casting director and filmmaker who lives on the Upper West Side.

Valerie let Fiona get adjusted to the apartment at her own pace, and today, she will sleep on the corner of Valerie’s bed and lie with her belly up—signs of progress and trust. 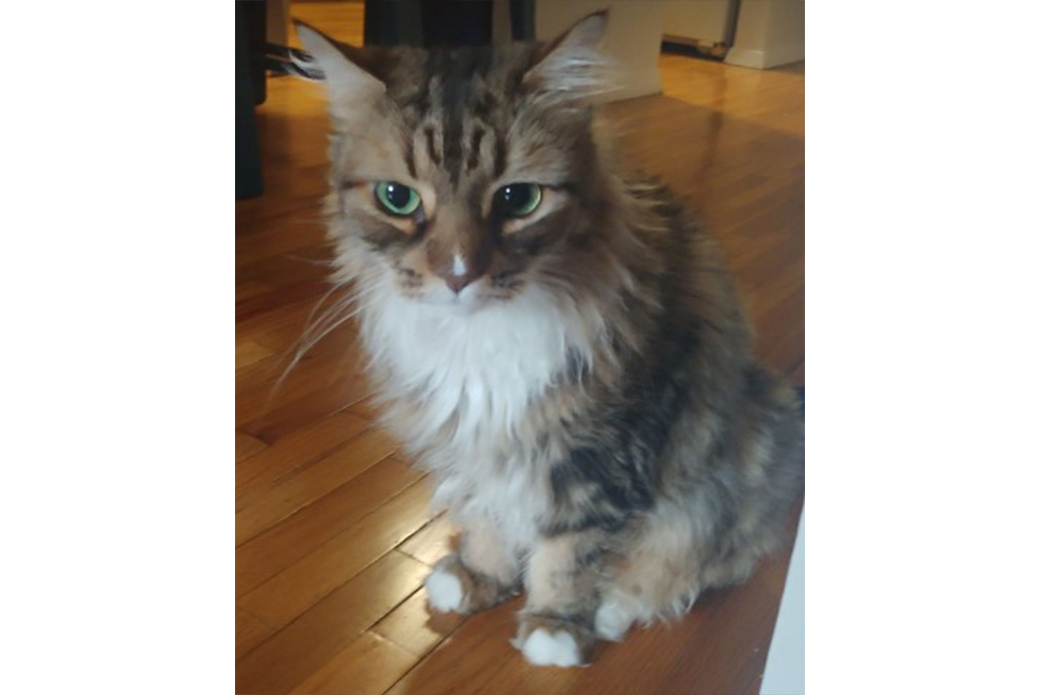 “It’s clear she went through something traumatic which makes me very sad,” says Valerie. “But she seems much better now.”

Valerie brushes Fiona at mealtimes and keeps her long hair from getting matted.

“She’s OK with the brushing, but I don’t pet her unless she approaches me first,” Valerie says. “She calls the shots.”

With dedication, compassion and an innovative “fear free” approach, Fiona’s medical team helped her avoid tragedy, recover and thrive. That experience will likely benefit other animals as well.

“Her case was a lesson in patience, teamwork and continual learning,” says Dr. Crowley. “Because her diabetes was so successfully managed, our Adoption Center has since used the FreeStyle Libre to manage two other diabetic cats. Veterinarians from both the Adoption and ARC teams trade tips and tricks for best practices with the device, which opens the door for more diabetic dogs and cats to be rehabilitated and rehomed, just like Fiona.”