Marion W. and her 16-year-old cat, Mika, were both heartbroken by the passing of her 23-year-old cat, Daisy. After living a long life, Daisy had passed away due to kidney issues, leaving a large hole in Marion and Mika’s hearts. Mika would even wake up looking for Daisy in the mornings.

Through all of the sadness of losing a beloved pet, Marion came across a picture of Charlie, a six-year-old blind cat who had been in the ASPCA Los Angeles Foster Program for about a year. Knowing that bringing a new furry friend into their family would help them heal, Marion contacted our team in L.A. and shortly after, adopted Charlie.

Seeing the World a Little Differently

Charlie was first brought into the Los Angeles Foster Program in January 2020 through our partnership with the Baldwin Park Animal Care Center. Upon intake, it was immediately noted that Charlie was completely blind.

He’d been brought to the Baldwin Park Animal Care Center with a ruptured left eye, where the staff made the difficult but necessary decision to remove it. About a three months later when we met Charlie, it was obvious that his right eye was only slightly open and underdeveloped, thereby preventing him from having vision in that eye. 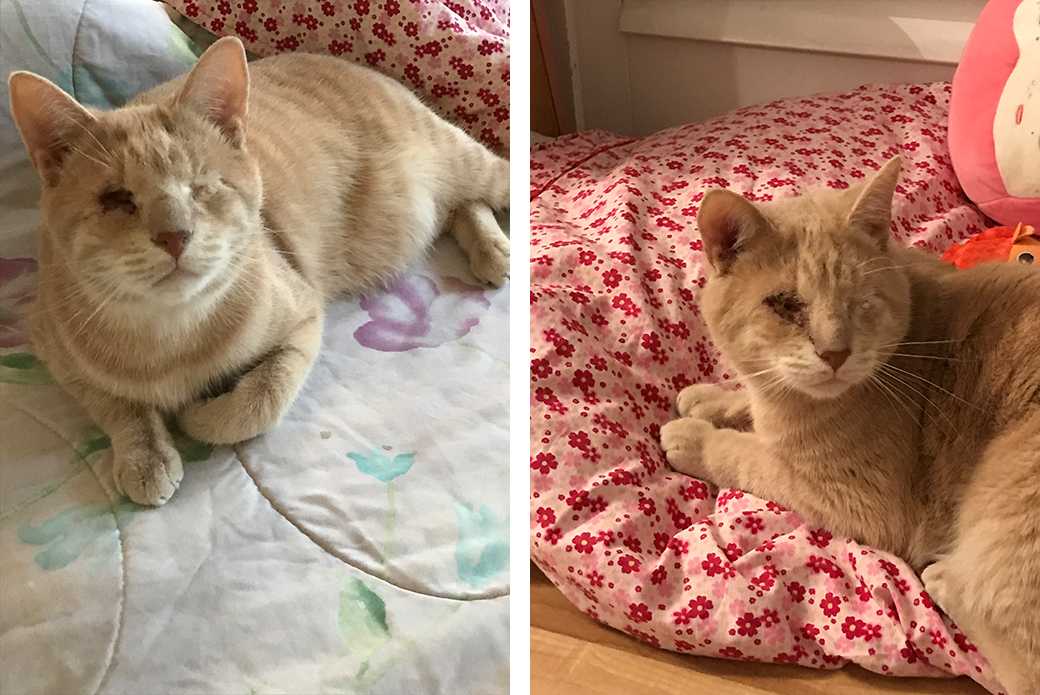 Despite not being able to see the world, Charlie flourished in it, making everyone he met fall in love with him—especially his foster caregiver.

“While in foster care he was the sweetest boy!” Chantel Bolanos, ASPCA Foster Coordinator, tells us. “As a Foster Coordinator, and having to correspond with his foster frequently, I absolutely fell in love with Charlie from afar. His personality tugged at not only my heart strings but also his foster’s.”

Within only a few days of being in his new foster home, Charlie confidently walked around without any issue, hung out with and chased around the resident cats, and snuggled with his foster while watching TV.

Bringing Joy Wherever He Goes

Although Charlie blossomed in his foster home, what he really needed was a home to call his own and flourish in. Fortunately, after Marion spotted him, that is exactly what he got.

“When Charlie joined us, he was very curious, playful and loved attention. Within a week he knew where everything was—even the stairs in my townhouse!” Marion explains.

Not only did smart guy Charlie adjust quickly in his new home, he also brought back joy to both Marion and Mika’s lives.

And even though he cannot see the world around him, he behaves like any other cat.

“Mika and Charlie get along very well,” Marion says. “I believe Mika somehow knows Charlie has a disability and takes care of him, although to us humans, you would never know he was blind.”

After searching for a year, Charlie finally has the home he was looking for, filled with more belly rubs than he could ever want!

Having fell in love with Charlie, Marion now tells others about the importance and joys of adopting older pets as well as those with disabilities.

“They will certainly surprise you. They are smart and want to be included in the family like all other cats.”

If you are looking to foster or adopt a pet, we encourage you to keep your mind and heart open to some of our extra special furry friends like Charlie. Though they take on the world a little differently, they are just looking for someone to love them for who they are!

“They have no issues living their best life—nothing is holding them back!” Chantel reminds us. 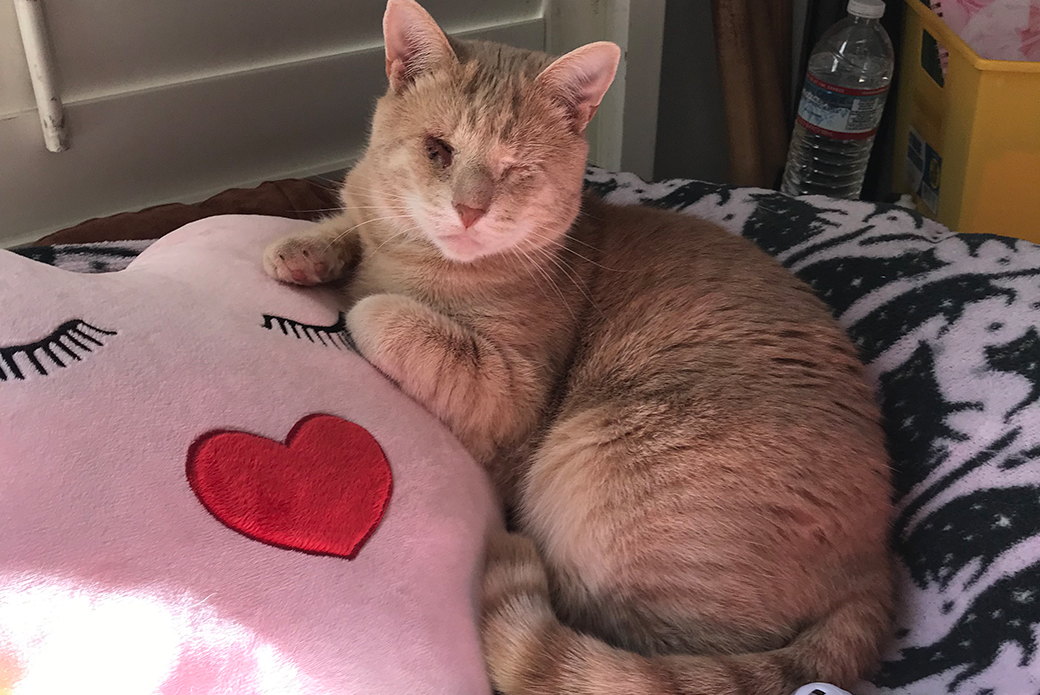