When Stephen F.’s Hound-mix, Moe, died at the age of 12, he and his son Matan visited the ASPCA Adoption Center to find a new pet, just as Stephen had done with Moe and their dog before that.

“We wanted a small dog because we live in an apartment, but when we arrived, we saw a German Shepherd named Arty who had just been made available,” says Stephen. “He jumped up on my son and licked me… and that was it.”

Stephen called his wife, Dova, and asked her to come to the Adoption Center to meet Arty.

“I knew I couldn’t just come home with an 80 lb. dog,” Stephen says. “But I also knew we weren’t leaving without him.”

From Surviving to Thriving

Nearly three months earlier, an emaciated Arty was rescued by the New York City Police  Department from an apartment where he had been abandoned without any food or fresh water. He was brought to the ASPCA for assessment and treatment. 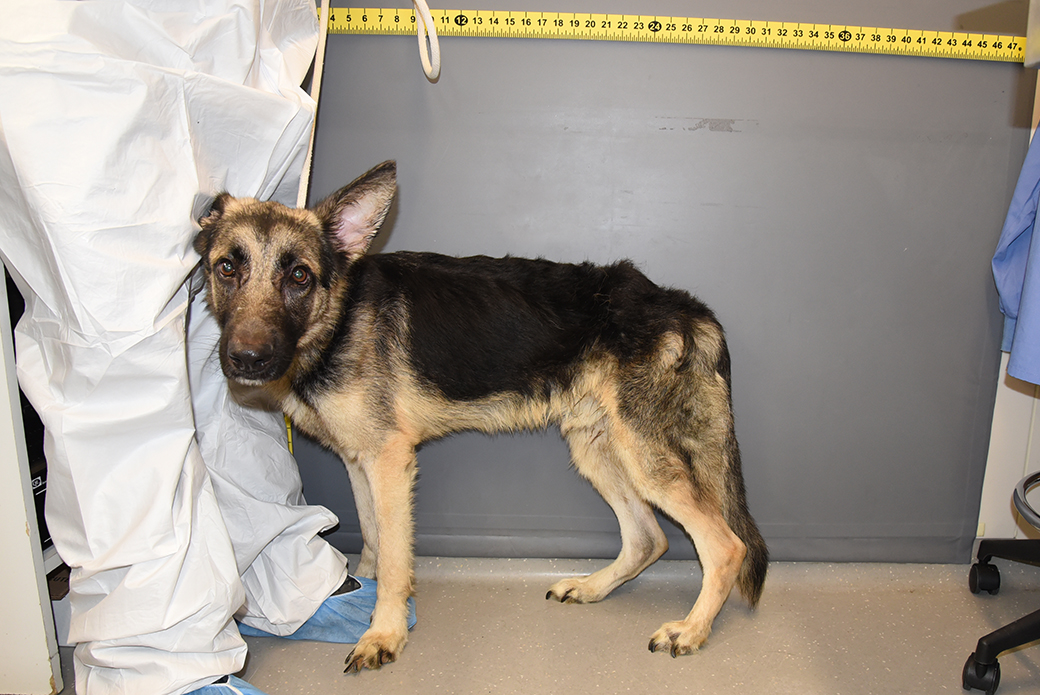 “For a young adult, Arty was remarkably underweight—just 35 lb.,” says Dr. Robert Reisman, the ASPCA’s Forensics Sciences Supervisor who oversaw Arty’s case. “He had lost a substantial amount of body tissue and his skeleton was prominent. He truly fit the expression ‘skin and bones.’”

Dr. Reisman placed Arty on a careful re-feeding diet to manage his transition from ‘survival metabolism’—using his own body tissue for nutrition—to a normal metabolism in which food can be ingested and absorbed.

“His entire body was compromised by a lack of nutrition,” Dr. Reisman explains. “His coat and skin were unkempt and dehydrated, and his claws were grown out, indicating a lack of adequate exercise.” 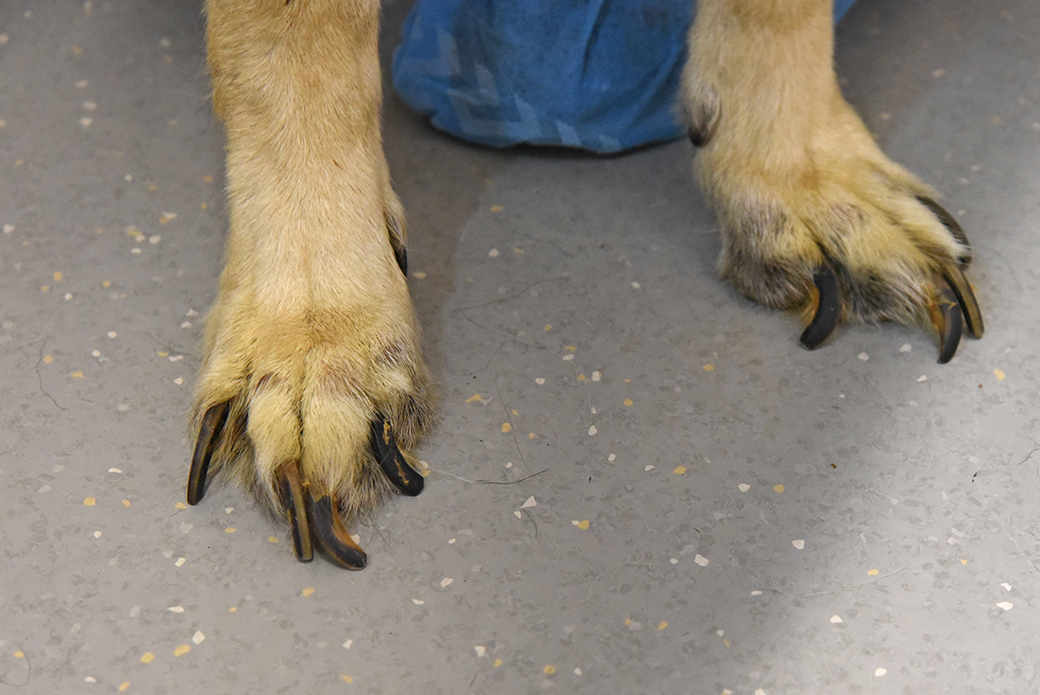 As Arty gained weight, he moved to the ASPCA Canine Annex for Recovery and Enrichment (CARE) for behavioral rehabilitation.

“He was very sweet from the get-go, albeit a bit nervous, but it wasn’t long before he came out of his shell,” says Alexa Guidotti, Coordinator of Behavior Enrichment at CARE.

Within three months, Arty more than doubled his weight, reaching a healthy 80 lb. 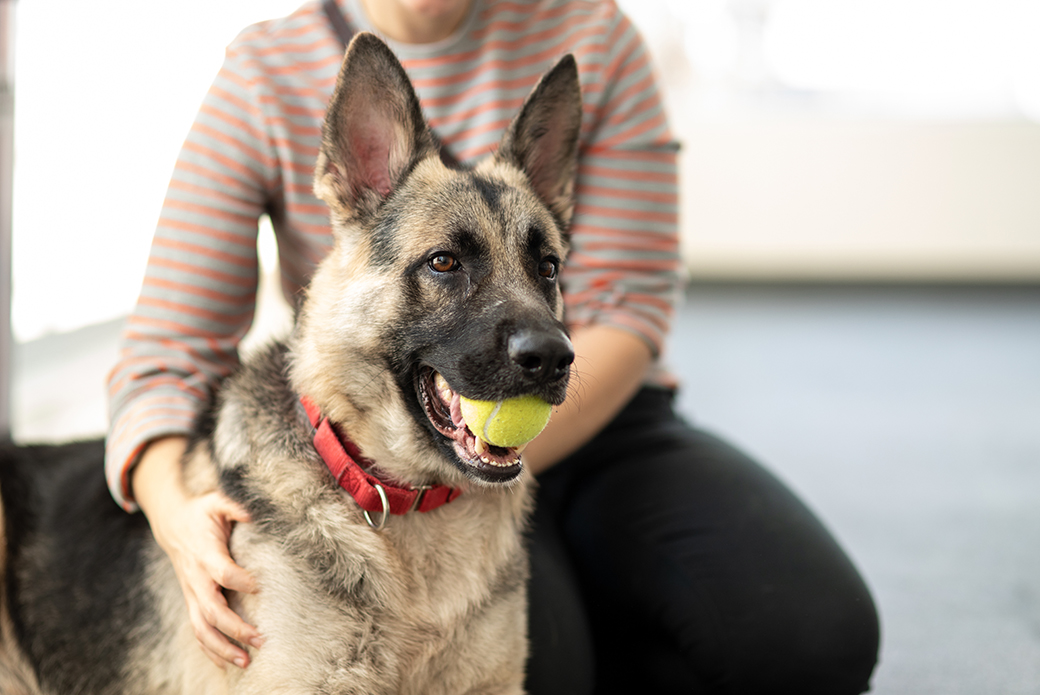 “Initially, he had a hard time focusing on his handlers,” she says. “But when I met Stephen and his family, and they told me about their previous experiences with dogs and what they wanted in a new dog, I knew immediately that Arty was their match. He displayed none of his unfocused behaviors and connected with them right away.”

“Rachel’s instincts about pairing Arty with us was spot on,” says Stephen.

Stephen empathized deeply with Arty. His previous dog, Moe, also had tragic past; he was rescued from a junkyard where he’d been physically beaten.

“It kills us to think of how Arty suffered,” says Stephen. “But the ASPCA brought him back to life. What they did was incredible.”

The family made the adoption official on November 23, 2018, and changed Arty’s name to Marty, inspired by the main character in the 1955 Oscar-winning movie “Marty,” about an average man surprised to find himself falling in love.

Marty even gets along with the family’s playful 10-year-old cat, Minnie, despite their 76 lb. weight difference. 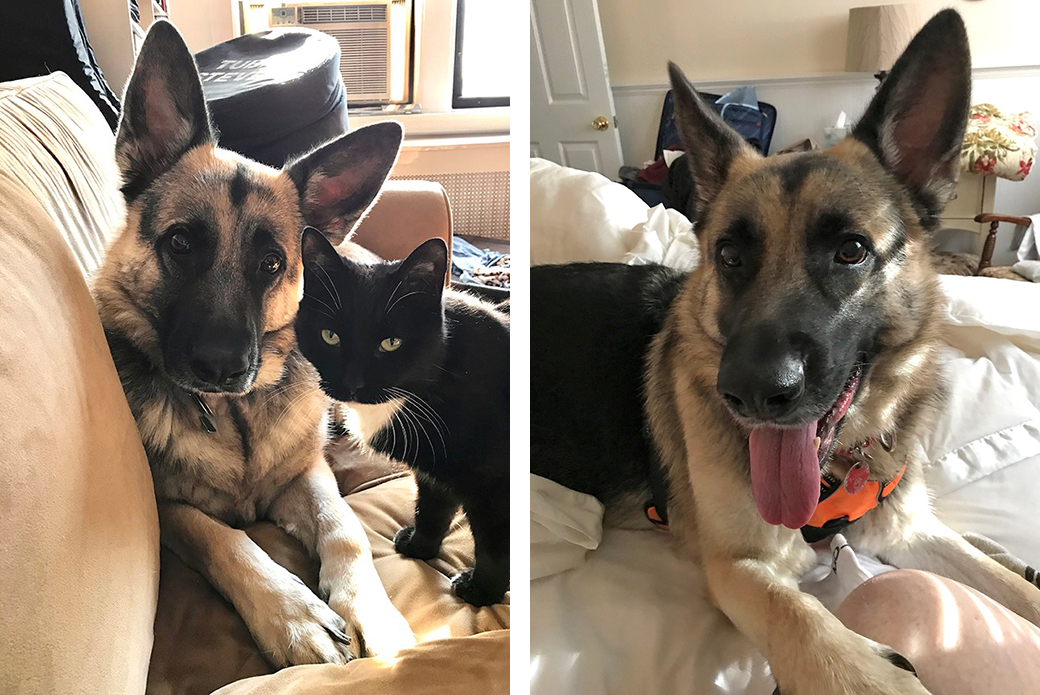 An Appetite for Adventure

Marty is a regular participant on the family’s hiking trips and nature walks. He’s even accompanied Stephen and Dova on visits to Matan’s summer camp.

“We now have a greater appreciation for nature and make a conscious effort to include Marty as often as we can,” says Stephen, who works from home and makes sure Marty gets out of the family’s Upper West Side apartment multiple times a day, sometimes with help from a dog walker. “Once he’s in the country, Marty’s a different dog. We love to schlep him along. It’s a lot more fun.” 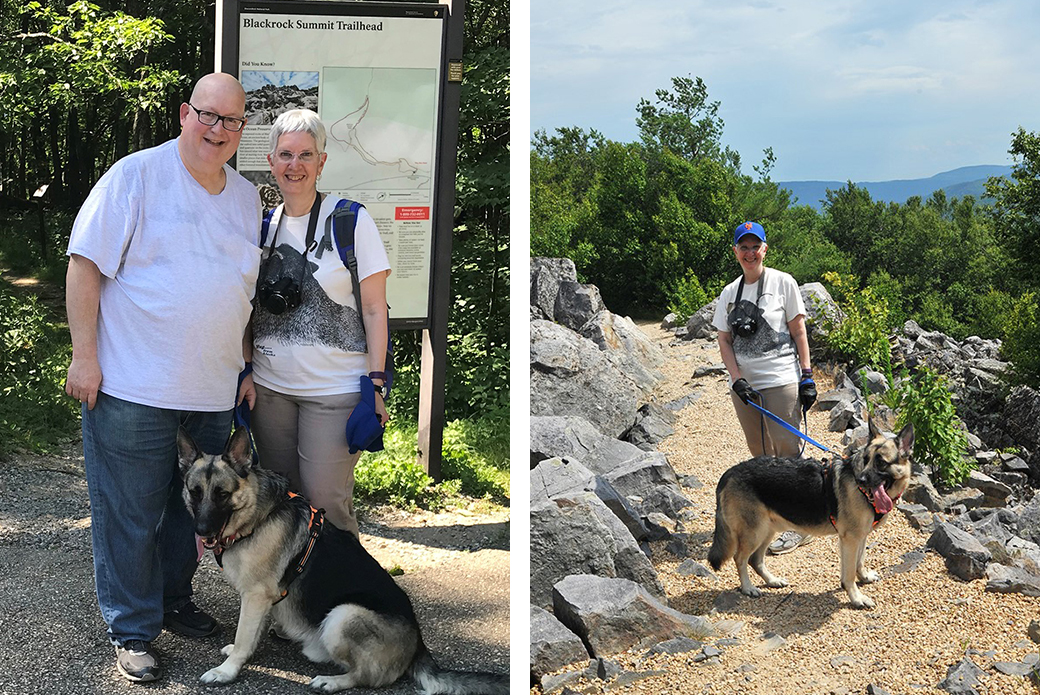 At home, Marty likes to arrange his toys—which includes a collection of tennis balls—on his bed and sleeps with them.

“He is such a smart, intelligent dog,” says Stephen. “Very rarely do you find a dog that lives up to the ‘Rin-Tin-Tin image’ of what a German Shepherd should be.”

“Making a dog part of your life makes life better,” Stephen adds. “We’re devoted to Marty. And he takes care of us, too.” Behind every animal rescued and every happy ending at the ASPCA is a generous friend like you. Please help us find loving homes for animals—and make more second chances possible—with your special gift today.