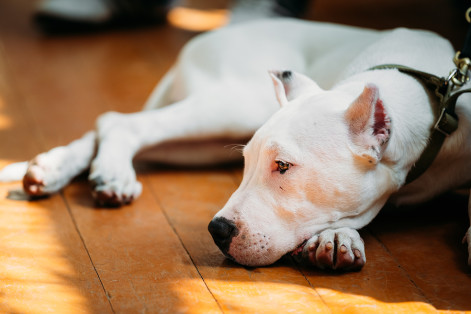 Many lesser known dog breeds, such as the Dogo Argentino, have been used to perform specific tasks important to the daily lives of humans.

We just love discussing dog breeds as each one is so interesting and unique. Our little pooches come from a long line of others who were bred to fit perfectly into our various lifestyles. Studying them helps us learn things like which breeds are most suitable for people living in small spaces and which are best recommended for families with young children. But while we know oodles about a lot of common dog breeds, there are quite a few that you’ve probably never heard of before. As pet lovers, we thought it would be fun to explore a few of these together.

First on our list is the Turnspit — a dog that a lot of our ancestors probably owned at some time or another. Today, the AKC considers the Glen of Imaal to be a Turnspit, while other sources maintain that this breed is actually a long extinct relative of the Welsh Corgi. The jury still being out on just who this breed is may have something to do with why you’ve never heard of it.

Can you imagine your dog slowly and patiently helping you prepare a pot roast over an open flame? Never in the land of ever would that happen, right? Your pot roast dinner plans would suddenly turn into pizza night right before your eyes! This dog was different, though. Once used to literally turn the spit while meat was cooking (think rotisserie, folks!), the Turnspit must have had incredible discipline and mental focus. This places it squarely among a respected working class of dog breeds, like so many other canines were before we assigned them the important duties of being our fuzzy-wuzzy cuddle buddies! 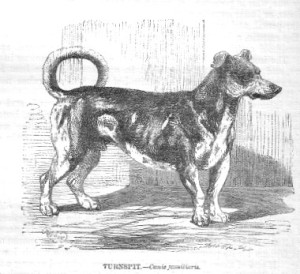 Where the extinction of the Turnspit is up for debate, the Alaunt definitely is not. Used primarily as hunting companions during medieval times, this breed has been extinct for hundreds of years. You may still have one of their distant relatives in your home, though, and you may even be able to own a type of Alaunt very soon. See, the Mastiff and the Bulldog are believed to have descended from the original Alaunt and some breeders are even trying to recreate the breed with one known as the “New Alaunt”. 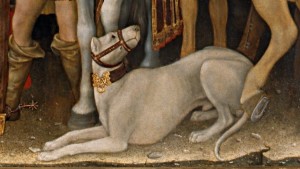 Native to Argentina, this dog was known for being a bloodthirsty killer. While there would probably be much controversy over owning a breed like this today, the Cordoba’s aggression was once a highly celebrated and deeply respected trait. See, our ancestors didn’t live in big cities with animal control teams, 9-1-1 operators and such. So, the Cordoba Fighting Dog had a distinct place in society as it was used to hunt other aggressive animals, like wild boar, and was also useful as a guard dog. 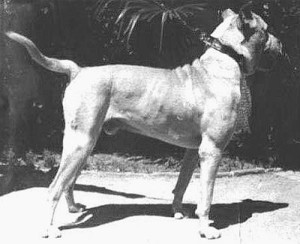 Valued for its long, thick, white hair, the Salish Wool Dog is believed to be one of the only dog breeds native to prehistoric North America. The luxuriously thick fur of this small breed was used by the Salish (Indigenous peoples of Canada and the Northern part of the United States) in making yarn that was then used to make ceremonial blankets. The last Salish Wool Dog reportedly died in 1940, but the breed was considered to be extinct nearly 80 years prior to that. These dogs sound like they were a beautiful sight to behold. Had they not gone extinct they would have undoubtedly been one of the most pampered pups in America.

Unlike the others on this list, the Caucasian Mountain Dog is not extinct. It is, however, one of the least known dog breeds in the United States. With an average height of 6 feet tall on its hind legs and nearly 200 pounds, it is also one of the largest domestic dog breeds alive today. Hailing from the Caucasus Mountains, this ginormous dog breed was originally used to hunt bear and other large animals. Now, as one of the rarest dog breeds in the United States, this dog is known to be naturally loyal to its owners and is increasingly being discovered and used as a guard dog.

As you can see, dogs weren’t always kept solely as pets. Many toiled long hours every day and had a definite purpose in daily life beyond the peace and love they provide for us now. As you hug your best friend today, think about what her life might have been like a few hundred years ago. Would she have had an actual job and, if so, what would it be? Whether we’re discussing extinct dog breeds or those who are members of an elite class today, one thing is for certain: dogs have always been an important part of our lives and that will never ever change!

Your Thoughts About These Dog Breeds

Were you familiar with any of these dog breeds before today? Do you have information to share about another breed that we’ve probably never heard of? Please drop a little knowledge on us and let’s discuss more about little-known dog breeds before you go.