On June 2 of this year, a three-year-old Shih Tzu was brought to the ASPCA Animal Hospital (AAH) by a Good Samaritan who had found the dog abandoned in a Brooklyn apartment building.

“Chaplin,” as he was later named, was then examined by ASPCA veterinarian Dr. Matthew Gordon, who found the dog’s fur heavily soaked with blood and fluids and the hair on Chaplin’s legs severely matted. Chaplin also suffered from a bleeding wound at the top of his right forelimb and was unable to put weight on that leg at the time of his rescue.

After his initial exam, veterinary staff shaved Chaplin’s hair mats—which alone weighed more than a pound—and cleaned his wounds while he was under anesthesia. A bandage and splint were placed around his right front leg while veterinarians discussed whether they could save it. Severe matting can become a dangerous condition for animals, and can result in the loss of limbs if not properly treated.

Chaplin’s matted hair, much of it tangled around his right front leg, was clipped and shaved upon his arrival at the ASPCA Animal Hospital.

“Chaplin’s injuries caused him excruciating pain,” recalls Dr. Liu, who noted that the dog’s leg wounds were consistent with damage caused by hair matting. “The strangulating hair mats constricted the flow of blood to the lower portion of his leg,” she continues. “Compromised blood flow like this results in tissue inflammation, infection, and in some cases, even death.” 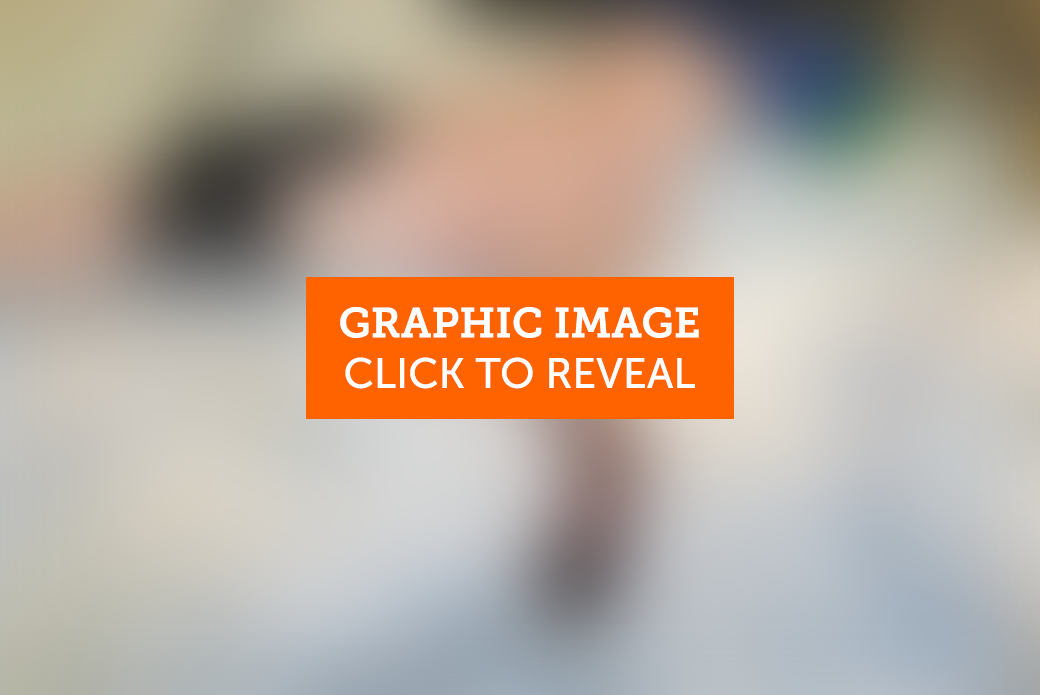 Chaplin’s right leg was not salvageable due to strangulating hair mats that constricted the flow of blood to his lower right front leg.

Dr. Liu also said a foul smell from the wounds, along with cold, blackened tissue on the afflicted leg’s paw indicated signs of tissue death.

Dr. Lindsay Thorson oversaw Chaplin’s care in the ASPCA’s Animal Recovery Center (ARC) and ultimately determined that his injured leg was not salvageable. “The wound was so severely infected that he was systemically sick,” she reports. “And because it was so painful, he was not using it.”

Chaplin’s leg was splinted and bandaged until ASPCA veterinarians determined that it could not be saved.

Dog breeds with continuously growing hair—including Shih Tzus, Maltese, Yorkshire Terriers, Schnauzers and Poodles—require not only brushing, but careful clipping and cutting of their hair regularly.

Later microscopic examination of Chaplin’s tissues indicated his wound was likely present for at least three weeks. Severe hair mats like his would take months to cause such a serious, strangulating wound.

Chaplin at the ASPCA’s Animal Recovery Center following his surgery.

“The tragedy of Chaplin’s wound is that it was completely preventable,” explains Dr. Liu. “Hair grows and gets tangled and matted if it’s not managed. It’s not just cosmetic; failing to properly groom your dog has grave consequences. This poor dog lost his leg because someone failed to do that.”

Despite having suffered for so long, Chaplin was good-natured, and his calm nature made it possible for staff to test him with other dogs. “He always had a walking partner,” says Paulina Wass, Senior Animal Care Technician, who often co-walked him with other dogs.

“Chaplin’s sweet personality was always on display,” says Dr. Thorson. “Everyone here fell in love with him.”

Others fell for Chaplin, too, including Police Officer Vito Campanelli, who encountered him on June 22, when Chaplin joined New York City Police Department (NYPD) Commissioner James P. O’Neill at the NYPD’s headquarters for the annual “Take Your Dog to Work Day.”

Officer Campanelli was on security detail as the three-legged Chaplin accompanied the Commissioner to meetings and appearances. He texted a photo of the pooch to his wife, Daphne, who quickly contacted ASPCA staff to arrange a meet and greet.

“We had lost our Basset Hound, Matilda, to a brain tumor two weeks before,” explains Daphne. “We wanted a new companion for our blind and deaf Dachshund, Jon Snow. Matilda was like a big sister to him, and Jon needed a new friend.”

The Campanellis visited the ASPCA a few days later and officially adopted Chaplin on June 27. They renamed him Jaimie, and a new chapter opened for this special dog.

Daphne reports that Jaimie’s missing limb doesn’t slow him down. “He’s great on a leash, loves car rides and even baths,” says Daphne. “He loves snuggling with our daughter while she’s on her computer, and he’s best buddies with Jon.”

Jaimie get some quality time in with Vito at home.

Now in its fifth year, the ASPCA/NYPD partnership has resulted in the treatment of more than 3,000 animals, like Jaimie throughout New York City.

“Jaimie’s case speaks to the amazing resilience of animals,” says Dr. Thorson. “His ability to endure such suffering, then recover and become a loving family pet, is truly inspiring.”