On February 24, when Russia invaded Ukraine, millions of residents ran for their lives toward an uncertain future—many with their pets in hand.

Around the globe, people watched as media stories showed these pets—clutched in their owners’ arms, carried in crates, or slung over shoulders—fleeing with their families who often carried little else with them.

“The ASPCA’s philanthropic support has made our life-saving efforts in Ukraine possible,” says Danika Oriol-Morway, Country Director of FOUR PAWS USA. “We’re moved by the ASPCA’s devotion to helping companion animals. This vulnerable population needs our support and empathy.” 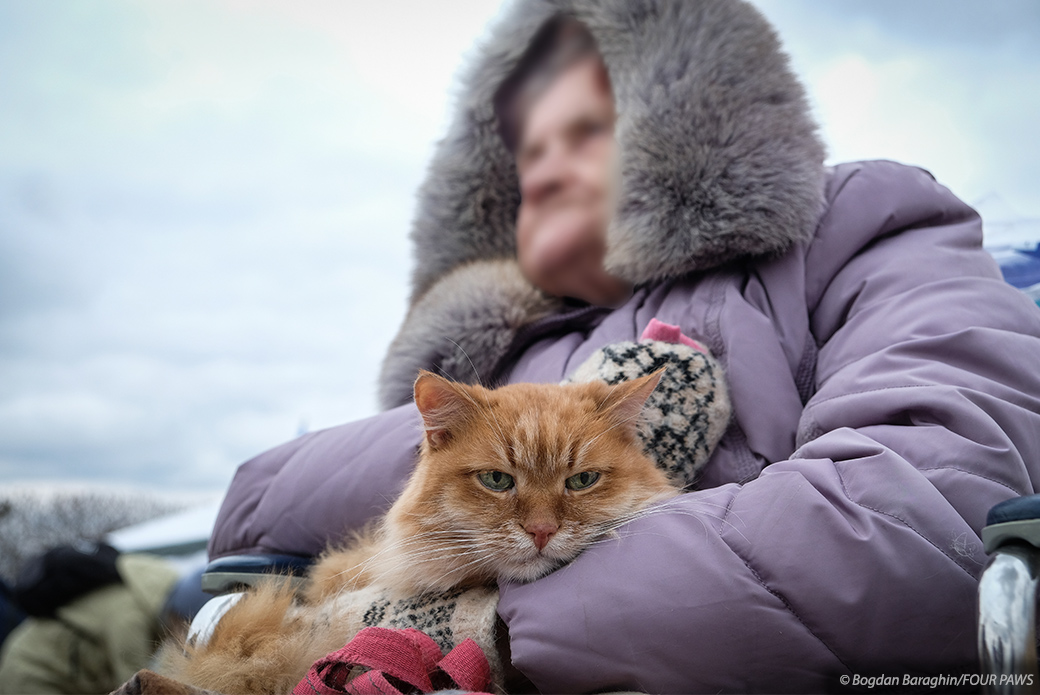 Over the summer, FOUR PAWS held a virtual event to share staff members’ first-hand experiences and personal war stories on the ground in Ukraine.

“It’s deeply moving to see their commitment to Ukrainian families and animals,” says Ellen Vancelette, the ASPCA’s Senior Manager of Grants and Operations. “FOUR PAWS’ staff and volunteers are responding to this crisis at a great personal risk.” 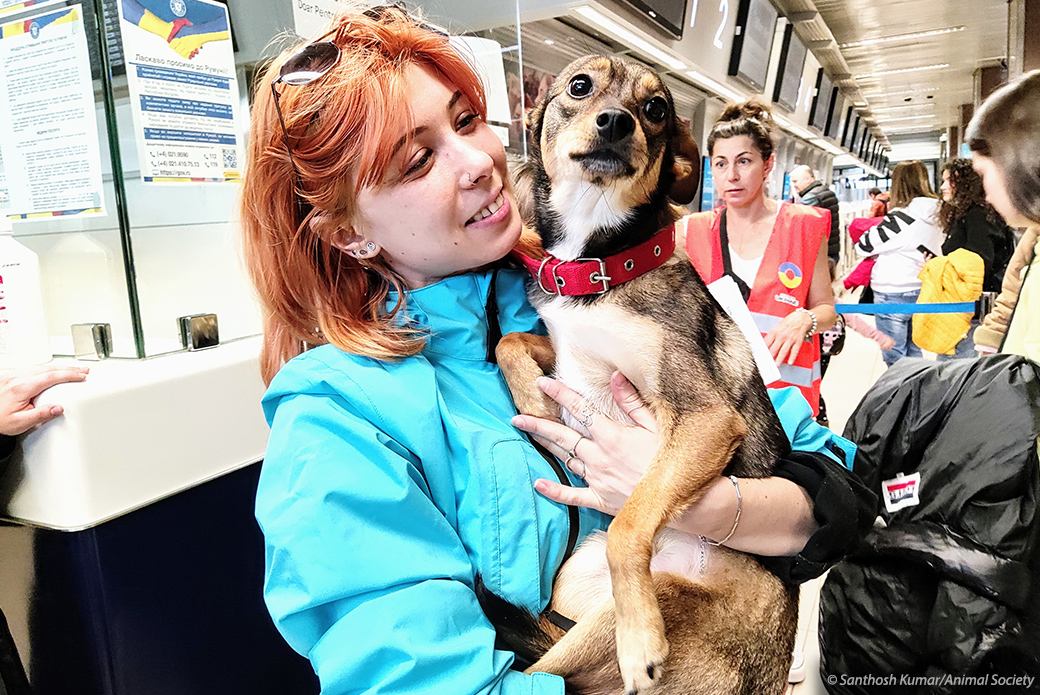 “Our teams witnessed thousands of refugees cross the borders with their pets in the middle of winter,” says Manuela Rowlings, head of Stray Animal Care Europe, a key program of FOUR PAWS. “Animals don’t deserve to be left behind or victims of war.”

For the ASPCA, acting outside U.S. borders is unusual but not unprecedented. In 2010, the ASPCA sent response teams to Haiti to assist with animal rescue needs following a massive earthquake.

“The global impact of the war in Ukraine—especially as it affects animal welfare—has significant consequences,” says Matt Bershadker, ASPCA CEO. “It calls for our involvement to help save lives and protect the bonds between people and pets, which are more vital than ever during a crisis.”

The War in Ukraine is not FOUR PAWS’ first foray into supplying aid to Ukraine’s animals.

FOUR PAWS’ Stray Animal Care (SAC) program was launched in 2012 in various Ukrainian cities to reduce the stray dog and cat population in a sustainable, humane way and improve the lives of strays still on the streets. 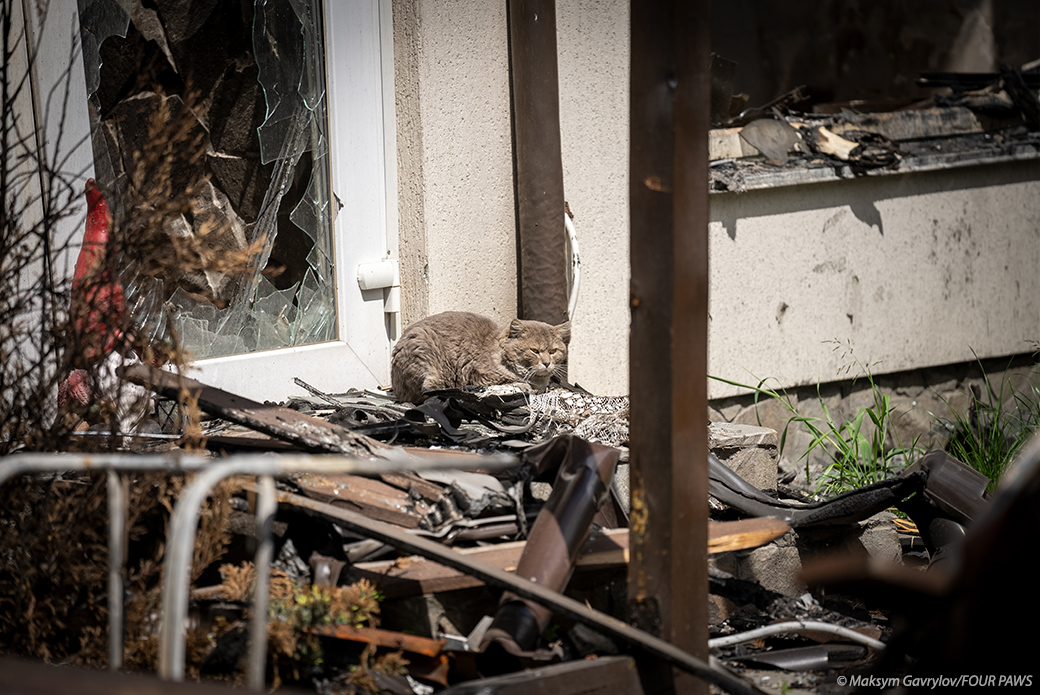 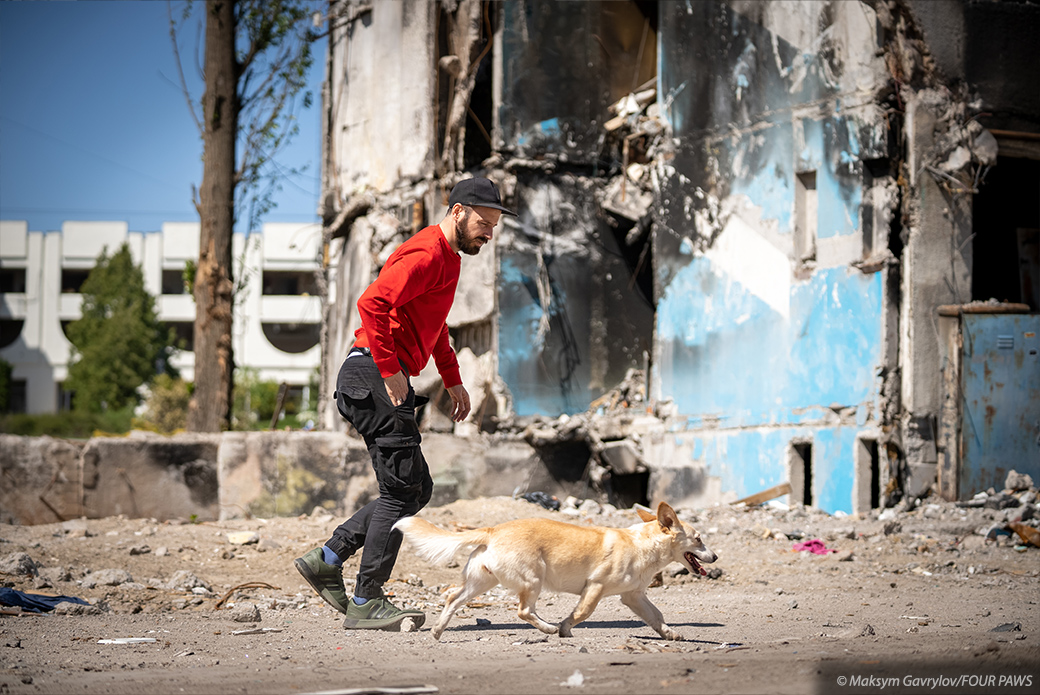 According to Jennifer Wessel, FOUR PAWS’ Manager of Major Giving, the program has delivered veterinary care to 30,000 stray dogs and cats in over 60 municipalities and provided veterinary treatment to ill and injured strays as well as spay and neuter surgery.

Although SAC’s Ukraine team was forced to suspend their stray animal care activities at the beginning of the war, since mid-April, the team has sterilized, vaccinated and, if necessary, medically treated more than 2,000 dogs and cats.

Help at the Borders

Four days after the war began, FOUR PAWS deployed its SAC Europe teams along with its partner organizations Animal Society (Romania), Doctor Vet (Moldova) and Zvierací Ombudsman (Slovakia), all of which were active in March and April in countries neighboring Ukraine.

“We help offset the burden borne by local shelters, as well as help families who are returning and need veterinary support for their pets,” says Jennifer. 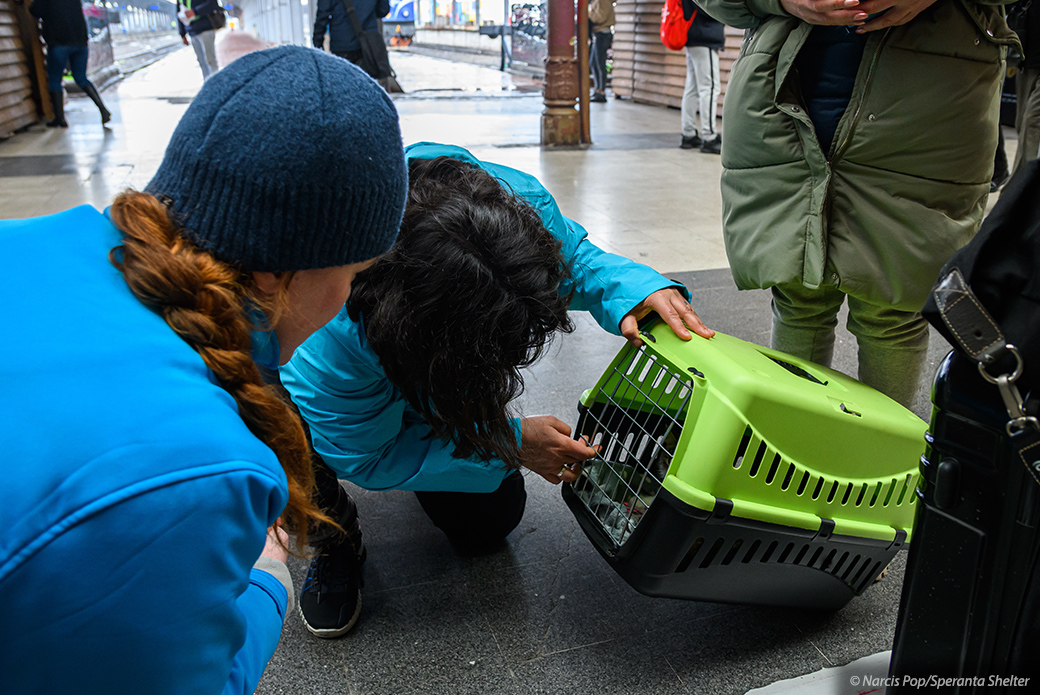 Through the ASPCA’s support, FOUR PAWS’ SAC teams and partner organizations have provided critical emergency aid to 2,500 refugees and their families, free emergency aid—such as pet food, supplies, medical care, pet passports, vaccines and microchips. In total, 2,000 spay/neuter surgeries have been performed by FOUR PAWS, and thousands of dogs and cats in the area of Mykolaiv have received tick and flea treatments.

“People coming to the border countries of Ukraine were unprepared because you simply can’t prepare,” Manuela says.

“Where the fighting takes place impacts where we can be at any given time,” adds Jennifer. “We’re always very cautious, but we dare go where most won’t—to help animals in dire situations. Animals are unnecessary victims of war.” 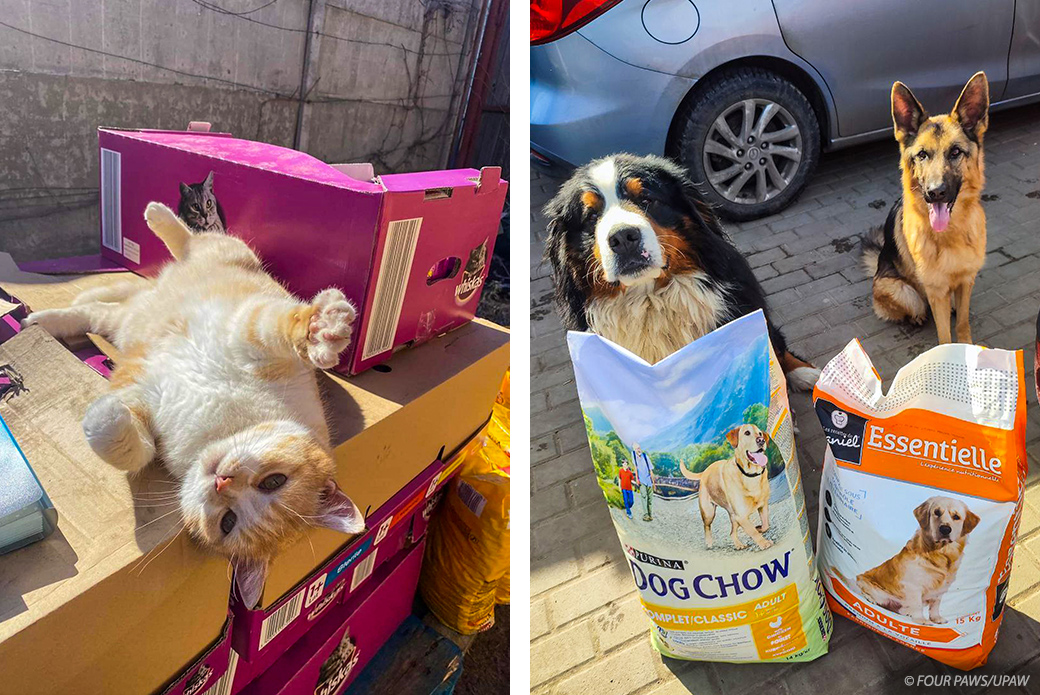 “The main objective of UPAW is to provide food to starving dogs and cats,” says Jennifer. “Ukrainian shelters can register through a specific portal and detail their biggest needs: food and other supplies. This transparent system helps collect and distribute aid to those who need it fairly and equally across the country.”

UPAW has distributed 944 tons of pet food to shelters in Kyiv, Kharkiv and other cities, helping 158,000 dogs and cats. More than 21,000 dogs have been saved from deadly infections, while nearly 100,000 dogs and cats have received food.

“The ASPCA has been a champion of FOUR PAWS,” says Danika. “Our partnership proves that the impossible becomes possible when we come together for animals.”