Elmerlinda and Cindy had just returned from a three-month visit to Puerto Rico, where Elmerlinda had adopted Cindy when she was six weeks old.

“I thought maybe she picked up something on our trip,” says Elmerlinda.

Having visited the ASPCA Animal Hospital the previous year with a pet who has since passed, Elmerlinda reached out to the ASPCA again.

Elmerlinda, who is retired and lives on Manhattan’s Lower East Side, had used other veterinary services before—including an emergency vet when Cindy bled uncontrollably after being spayed—but the cost of that care put a strain on her personal finances.

“It was all very expensive,” she says. 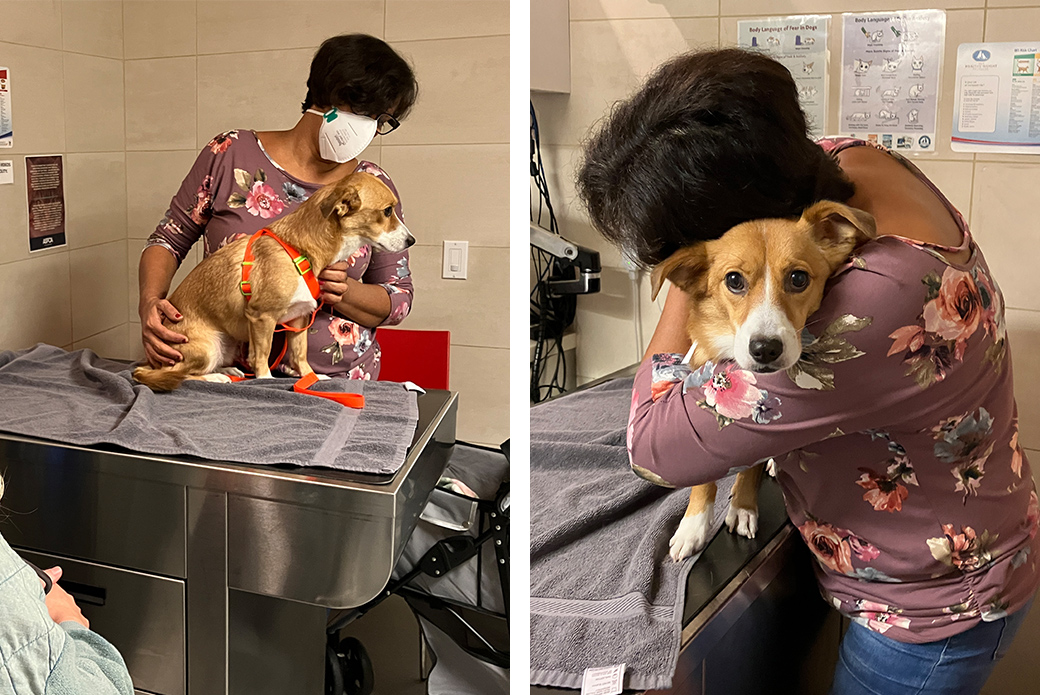 Affordable vet care does not indicate inferior vet care because the most technologically advanced and expensive options are not necessarily more effective than less costly courses of action.

“There are many ways to treat an illness, not just one,” says Dr. Camille DeClementi, Vice President of the ASPCA Animal Hospital, which trains approximately 100 veterinarians a year. “We want to influence other veterinary professionals to provide less intense care, which provides the same outcome but is not as costly.”

Research supported by the ASPCA and other organizations suggests that pets belonging to underserved pet parents have better outcomes when veterinarians provide a wide range of treatment options—otherwise known as a spectrum of care.

“A spectrum should range from basic, lower-cost options that offer a good outcome to more advanced, higher-cost options that also offer a good outcome,” says Morgan Lucas, Certified Veterinary Technician and Team Leader of Veterinary Support. “The care options should have an achievable goal that is influenced by the owner’s goals and the resources available to both the owner and the veterinary team.”

“Shifting the perception that there is only one ‘best’ option changes the focus to providing an array of options based on clinical research, scientific evidence and the needs of the individual animal and their family,” says Dr. DeClementi.

A Menu of Options

To rule out the possibility of a foreign body, Cindy was sedated for x-rays, which were clear. Often, pets will swallow items that become lodged in their intestines or stomach.

Cindy also had an in-house blood test to help determine how dehydrated she was and assess for changes that can occur with vomiting.

“Luckily, Cindy’s basic bloodwork and x-rays did not show any abnormalities, and she was bright and alert on her exam,” says Dr. Gilbert. “In many scenarios, a dog not eating for three days and vomiting might need to be hospitalized, no matter the cause.”

Cindy was treated with a few injections to help with nausea and dehydration, and Elmerlinda agreed to monitor Cindy at home. Cindy was also prescribed a dewormer medication and an appetite stimulant. 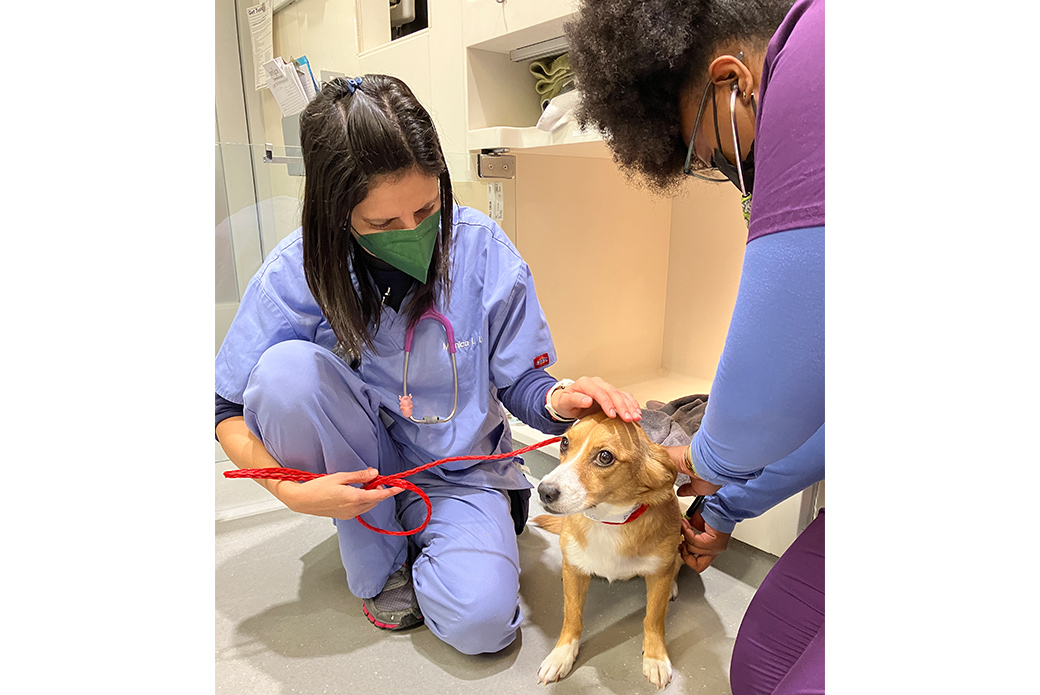 “Hospitalization on IV fluids could have also been an option, but this would significantly increase the cost to Cindy’s pet parent, and Cindy was stable,” explains Dr. Gilbert. “If Cindy didn’t improve with medical management at home, the next step would be to return for an ultrasound and potentially hospitalization.”

Days later, Cindy was “eating normally, happy and barking again,” according to Elmerlinda. 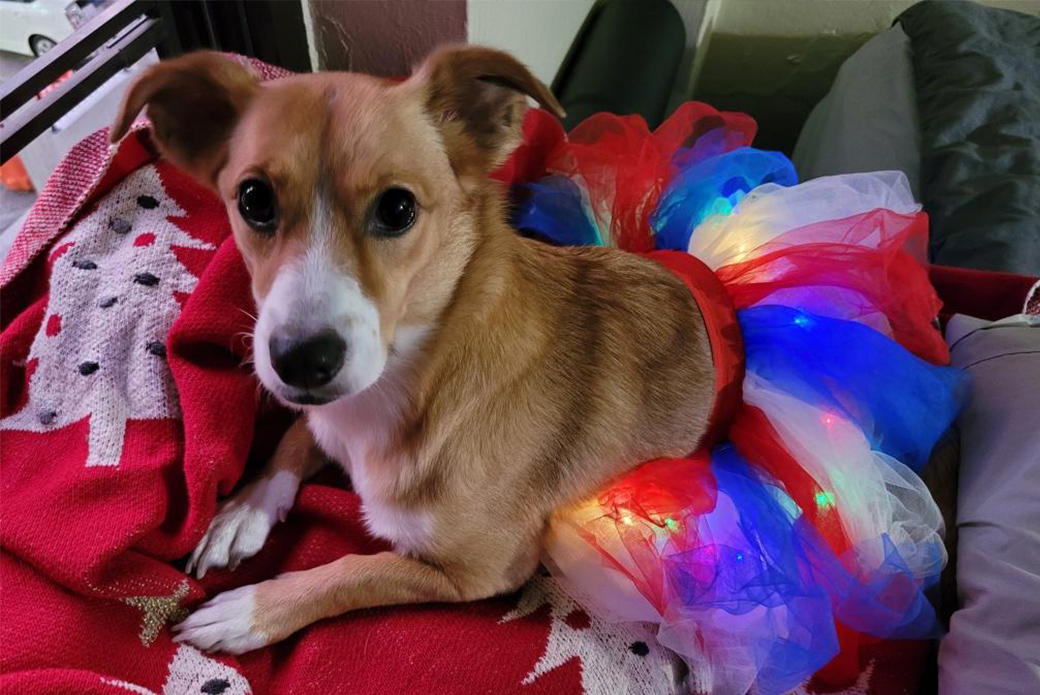 “I think the big cost saver was determining not to hospitalize Cindy and treat her at home with supportive care,” says Dr. Gilbert. “She seemed stable enough to treat as an outpatient, so we avoided the cost and resources of further testing and hospitalization.”

While it’s still a mystery what made Cindy so ill, it’s clear that the spectrum of care led to an outcome that keeps Cindy healthy and Elmerlinda happy.