A Rooftop Rescue and Recovery

On July 24, staff at the ASPCA Adoption Center in Manhattan were loading animals for their first mobile adoption event since COVID-19 was declared a pandemic in March 2020. Among the pets bound for Brooklyn was Gloria, a one-year-old female cat.

“I had thought about adopting a dog but realized a cat would be a better fit for me,” says Norma, a retired registered nurse who lives in Queens.

Like many people who come to animal adoption events, Norma and Chris were drawn to the very cute and cuddly kittens, but ultimately considered Gloria a better match.

“The kittens were too frisky and meowed a lot,” says Norma. “But Gloria was quiet and calm. I really liked her.”

Gloria’s calm demeanor gave no hint of her dramatic rescue weeks earlier from a rooftop ledge in the South Bronx.

In June, the ASPCA Community Engagement team in New York City, which works closely with the NYPD and other agencies throughout the five boroughs to help at-risk animals, was alerted by a former client about a cat stuck on the rooftop of an eight-story apartment building. 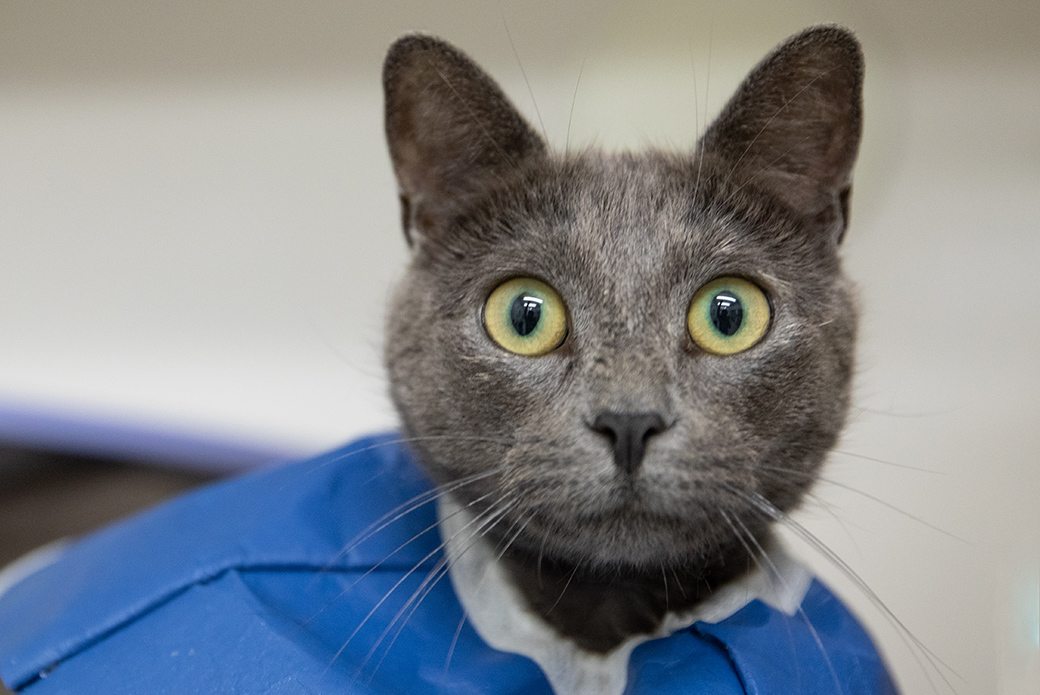 Luisa Germain, Community Cats Manager, contacted the building’s superintendent, who tried to retrieve the cat himself. But the frightened feline jumped to a seventh-floor ledge, and the superintendent called back for help.

Luisa, along with Kerrin Williams, Placement and Transport Coordinator for ASPCA Humane Law Enforcement, visited the building to help rescue the cat the next day.

“The cat was distressed,” says Luisa, who captured video and photos of the cat. “She was panting, and her pupils were dilated. There was no shade for her to hide from the sun. And there was no water, although it looked like people had tossed cans of food to her through a window.”

“The black top on the roof was extremely hot,” adds Kerrin. “As soon as we stepped outside onto the roof, we were sweating. There was trash all over, and the cat was backed into a corner where the ledge met the wall. The conditions were not safe at all.” 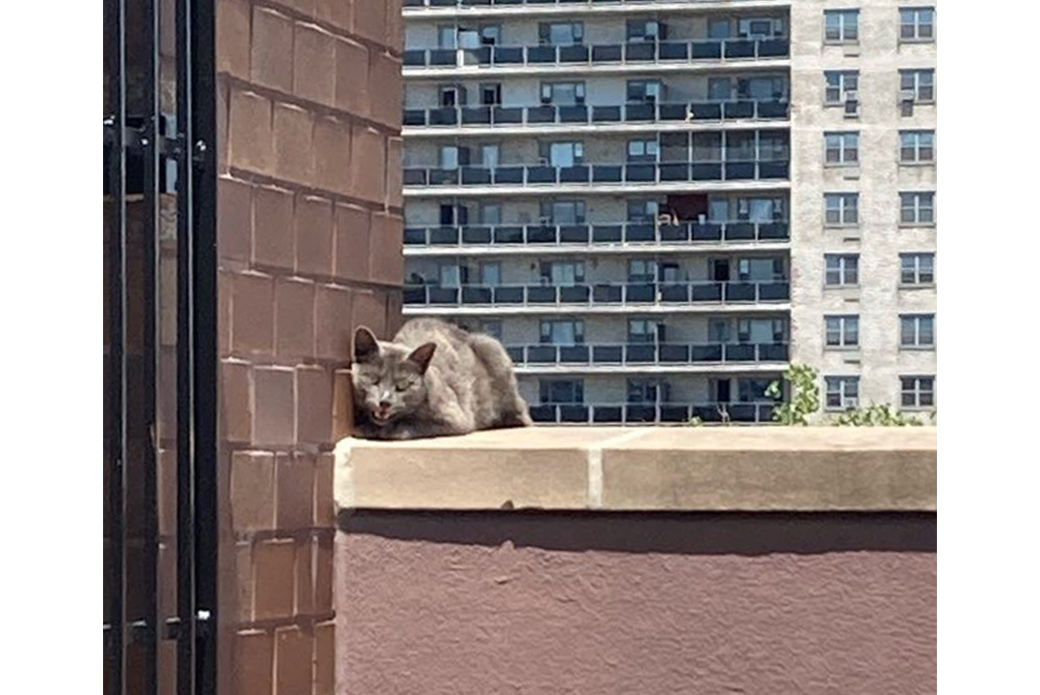 Initially, Luisa and Kerrin assumed the cat was a community cat who found her way into the building and onto the roof. But they later learned she belonged to a tenant who had died, and the tenant’s partner had abandoned her on the roof.

After setting a trap near the ledge, Luisa and Kerrin waited for two hours before instructing the superintendent to check it periodically. But the cat didn’t budge.

“We made up our minds that we would get her that day,” says Luisa, who approached the cat slowly with a can of sardines while Kerrin stood behind her, ready with an open carrier.

“I think she knew we were there to help her, and I approached her very slowly,” Luisa says. “She let me pat her head, and I placed my right hand behind her to secure her from the ledge. I quickly picked her up and put her into the carrier. I remember looking at Kerrin in disbelief.”

“It gives me chills just remembering the day,” says Kerrin. “It was such an amazing moment when we shut the carrier and knew she was safe.”

At the ASPCA, the cat was examined by Dr. Danielle Armato, Medical Supervisor at the ASPCA Animal Recovery Center (ARC). She was treated for giardia, a parasite that causes diarrhea, and hookworms. She also tested positive for the feline leukemia virus (FeLV), an untreatable virus that can weaken the immune system of infected cats.

“Clinically, she has no symptoms or signs related to FeLV,” says Dr. Armato. “And many FeLV cats can live good quality lives for many years—even a normal life span.” 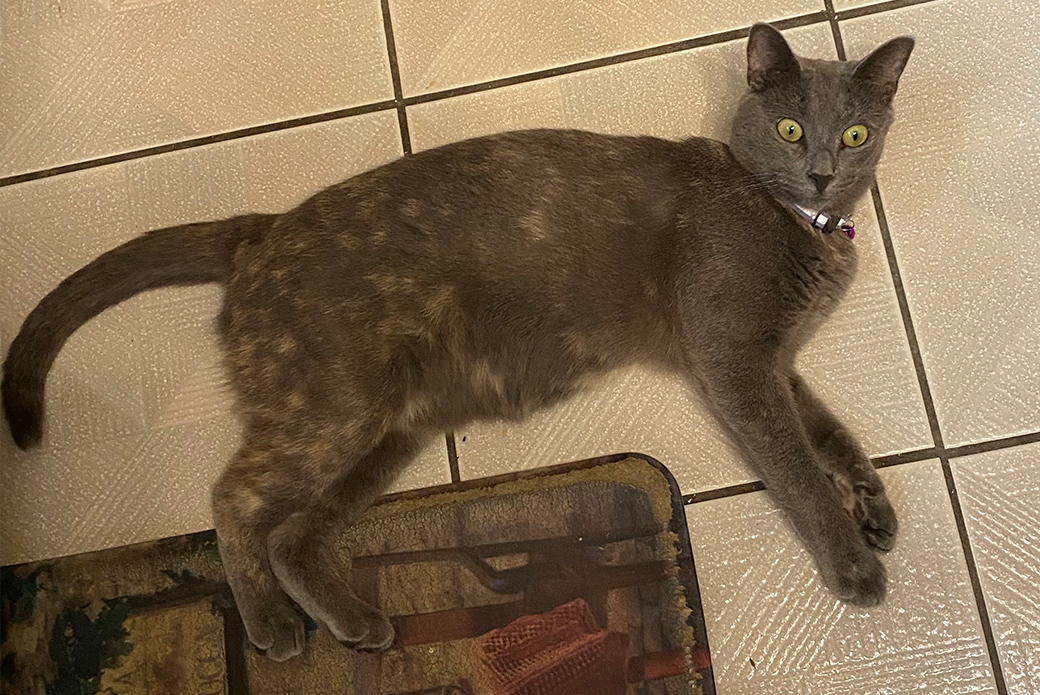 “Once settled in, she proved to be a super sweet kitty,” says Erica Barbot, Senior Manager of Operations at ARC. “Her behavior evaluation noted she loves petting and playtime.”

The ARC team named the gritty feline Gloria, inspired by the singer Gloria Gaynor, whose smash single, “I Will Survive,” has become an anthem about overcoming adversity. 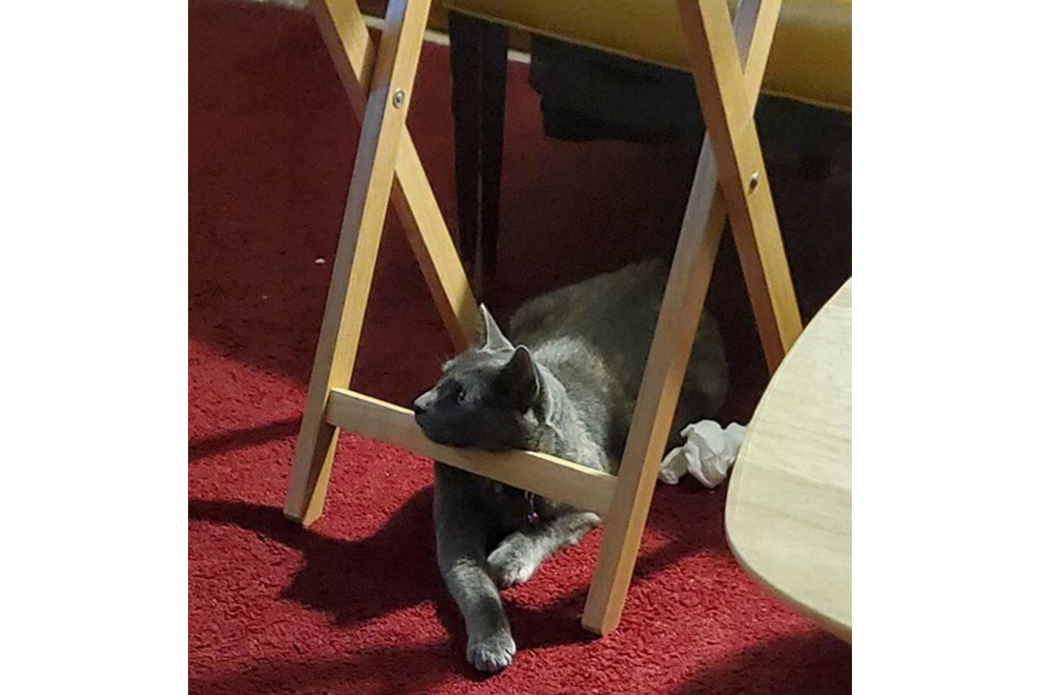 “For our Gloria, it was about surviving that harrowing experience on the building ledge,” says Kris Lindsay, Senior Director, ARC.

“Lady of the House”

During the first few weeks in her new home, Gloria was quiet.

“She ran under the couch the first day,” says Norma, who let Gloria acclimate at her own pace. “I put down food and a litter box, and she came out to eat and use the box.” 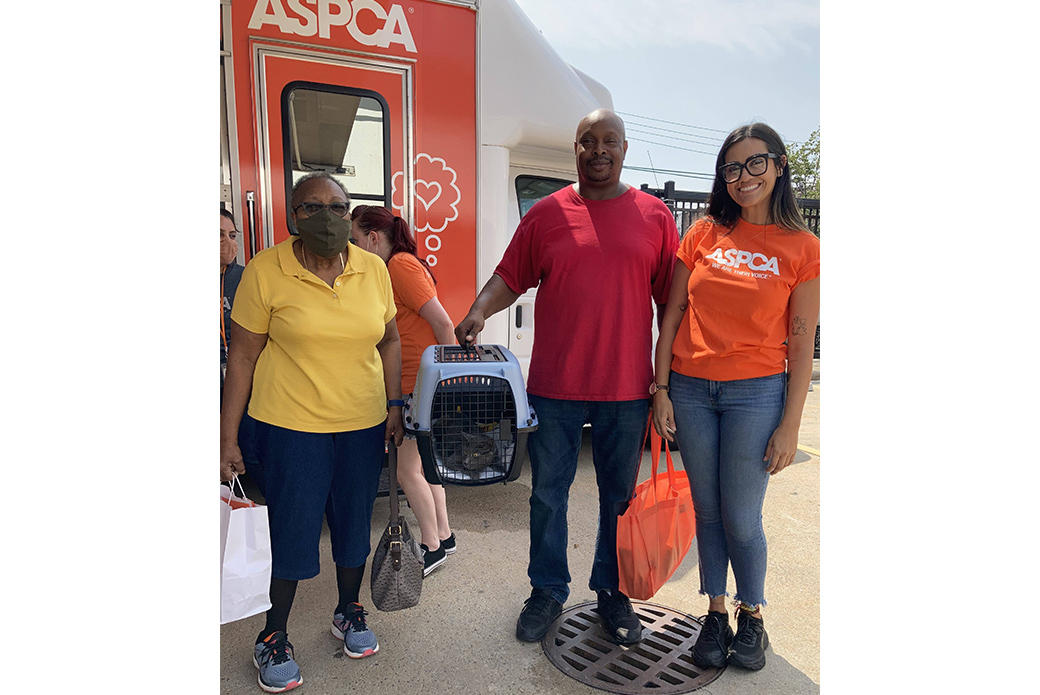 At the ASPCA’s recommendation, Norma also purchased Feliway, a pheromone that helps reduce anxiety in cats.

“It seemed to work because now, every morning, Gloria greets me with a meow and knows it’s mealtime,” says Norma.

Norma says Gloria likes her scratching post and enjoys playing with her toy mice and watching television. From a safe indoor perch, she looks out the window and plays with the pulls on the blinds. 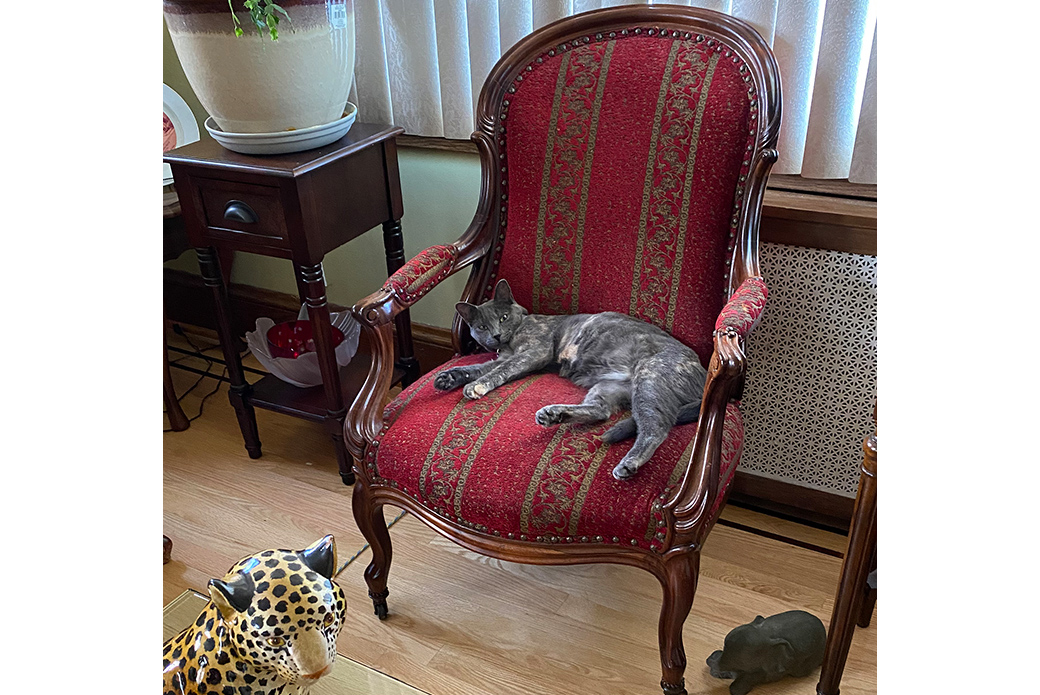 “She certainly is the lady of the house,” Norma says.

Knowing Gloria is safe and happy means the world to Luisa, Kerrin and all those who played a role in her outcome.

“We came together as a team to help this cat in distress. It was also fulfilling to be there when she was adopted and embarked on a new life,” says Luisa. “I’m grateful to have been a part of it.”