A Pup for the Pandemic and Beyond

During the COVID-19 pandemic in 2020, Nicola R. was on her second hopeful visit to the Humane Society of Charlotte (HSC) when she spotted Stout, a five-month-old Australian Shepherd-mix, and his brother Hank playing in a pen.

“I’ve always had shelter dogs and wanted to adopt again,” says Nicola, a bank technology expert who has been working from home since last March.

“They were really cute,” she adds. “Another couple adopted Hank; I thought they were going to take both dogs, but they didn’t.”

Nicola officially adopted Stout on May 17 and renamed him Leo.

Leo was one of 30 dogs rescued from a property in Hamilton, Alabama, by the ASPCA and Greater Birmingham Humane Society on March 31.

Jasmine Holsinger, Senior Manager of Placement Partnerships for the ASPCA National Field Response team, described the conditions Leo and the other animals lived in as filthy and overcrowded, with many suffering from untreated medical issues.

“Their basic needs were not being met,” says Jasmine, who frequently deploys with the ASPCA to assist animals in crisis. “Many of the dogs were living in the residence and in an attached garage, which was poorly ventilated. Others were outside in cages, covered in mud and feces, and were forced to brave the harsh elements.” 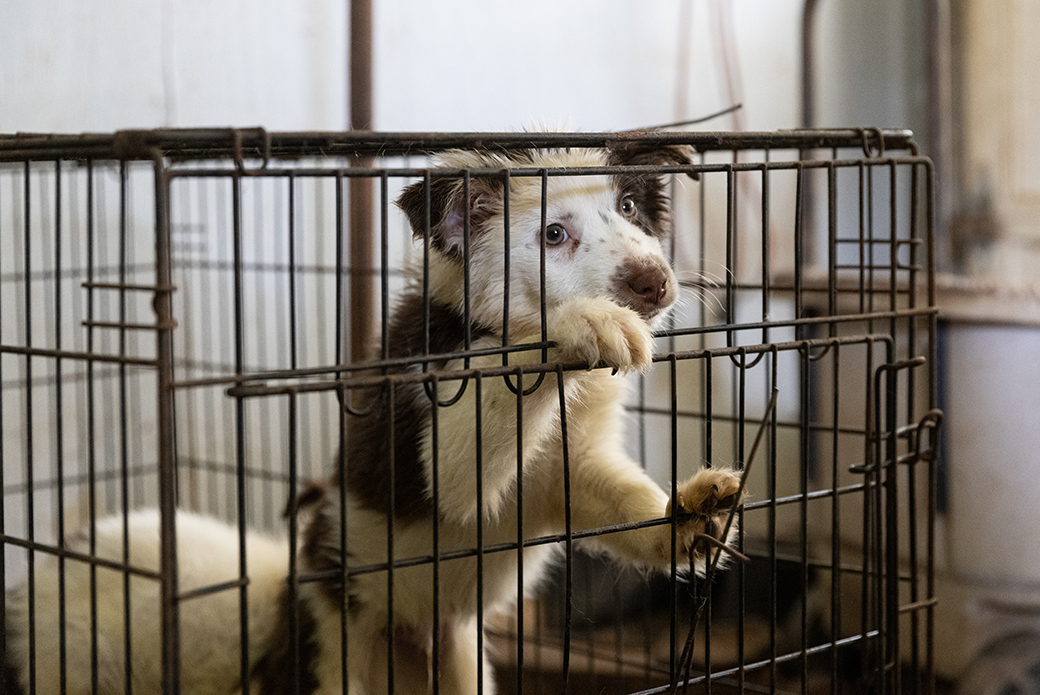 After being surrendered by their previous owner and relocated to a temporary shelter for care, all of the dogs were designated for transport to ASPCA partner shelters like HSC, where they were made available for adoption.

At HSC, Stout and Hank were adopted within a week of their arrival, according to Emily Cook, Marketing and Communication’s Manager at HSC. 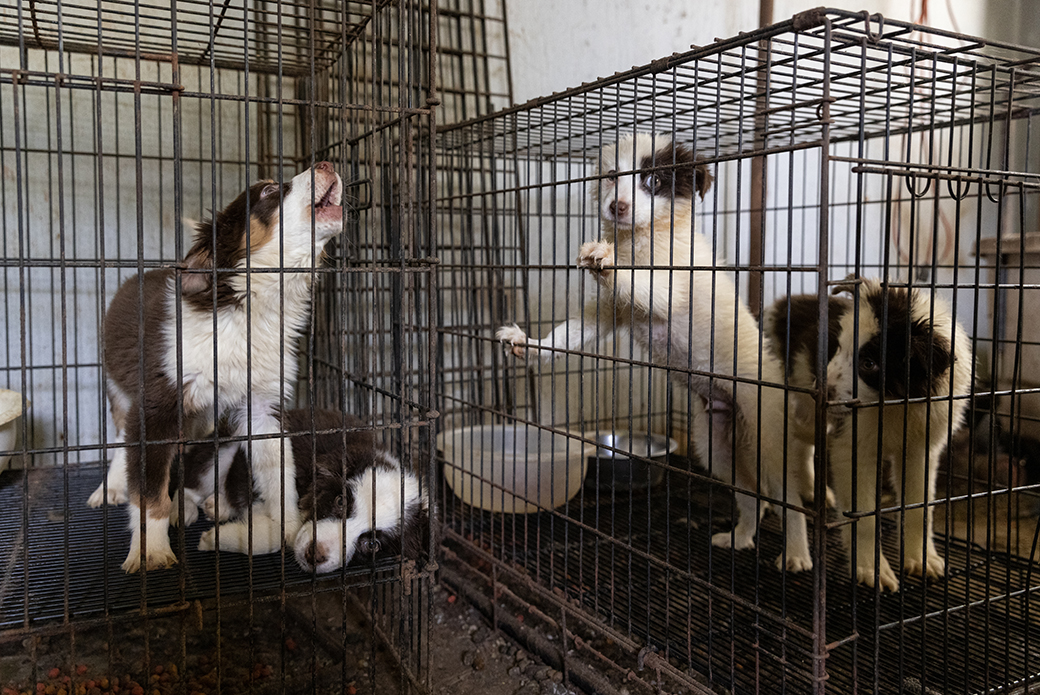 “We didn’t have much time to get to love on them, but it was clear they were sweet and smart,” says Emily. “And they’re loving life with their new families.”

Looking Toward The Future

Nicola takes Leo to a nearby dog park daily, where he enjoys playing tug-of-war with other dogs and rolling in the grass.

“He’s sweet and he likes people,” says Nicola. “He has a cute, cuddly personality.”

Though Nicola expects to start splitting her time between work and home,  she has no interest in returning Leo, dispelling recent alarmist news reports and anecdotes of people supposedly returning their “pandemic pets.”

The ASPCA recently conducted a public poll on pet acquisition and retention habits during the pandemic. The 5,020 respondents revealed that nearly one in five households have acquired a cat or dog since the COVID-19 crisis began, which accounts for approximately 23 million American households. Of those households, 90% of dogs and 85% of cats are, like Leo, still in their homes.

Nicola says Leo has already adjusted to her occasional absences, and she incorporates him into many of her personal endeavors. 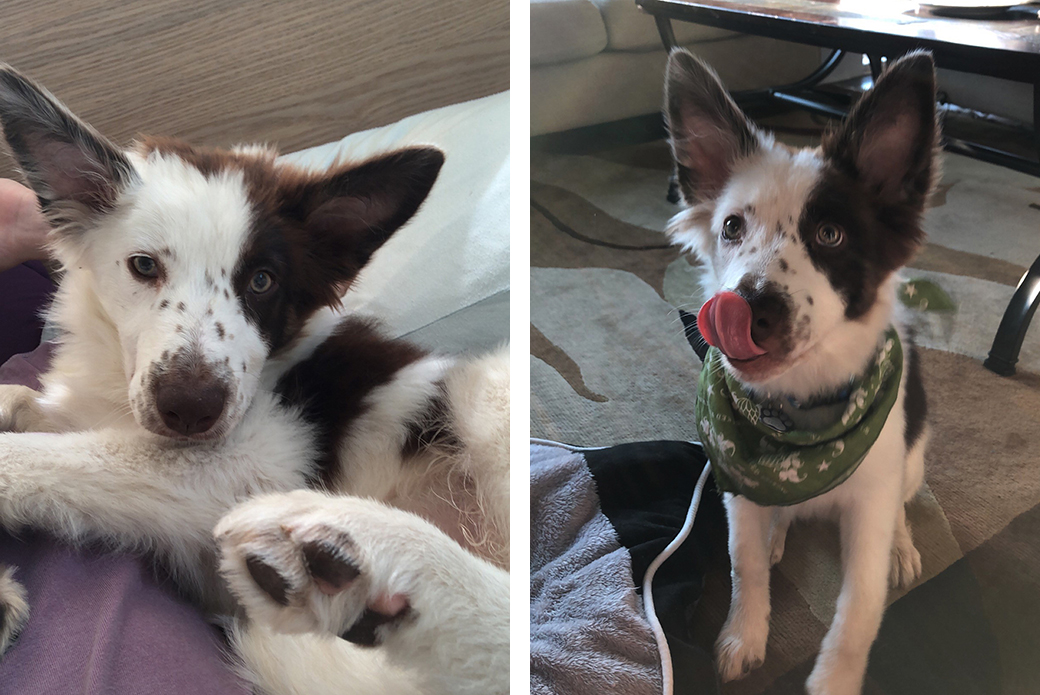 “He gets a ton of attention and is very socialized,” Nicola says. “In fact, having Leo has helped me plan my daily schedule more carefully.

“I have an active lifestyle and bring Leo around to everything I do,” she adds. “My life has been so much better since I adopted him. I could never consider giving him up.” 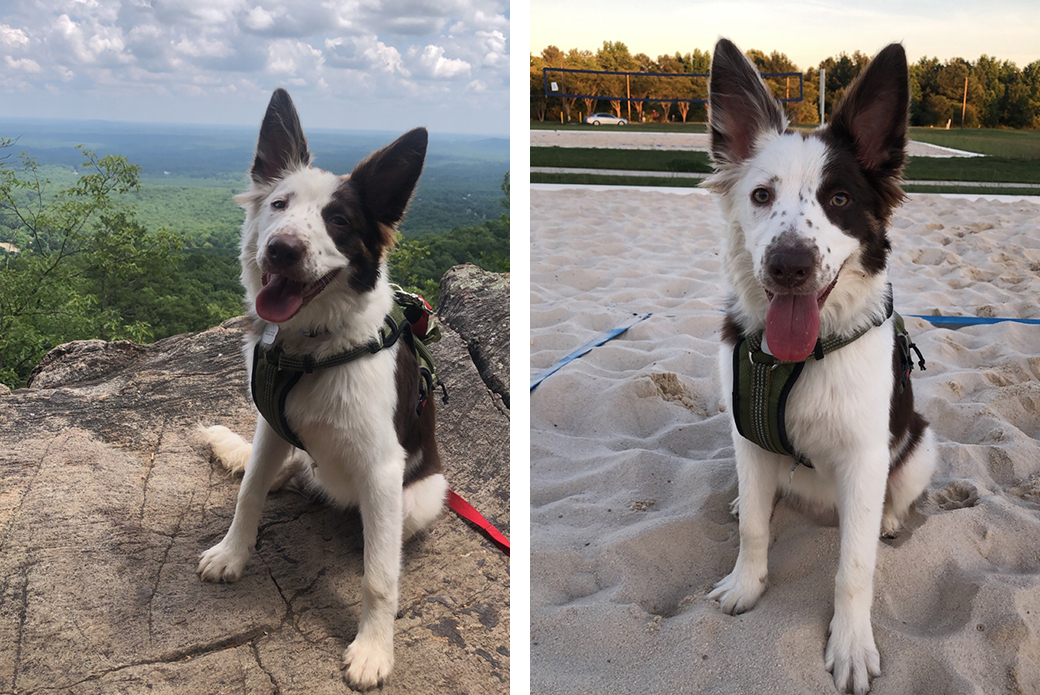