A Duo of Dachshunds Find Homes for the Holidays

Kristina “Kat” K. was working her shift at the Asheville Regional Airport in North Carolina on December 3, when a Wings of Rescue plane touched down.

On the plane were nearly 20 dogs recently rescued from an overwhelmed owner in Texas and on their way to a variety of animal shelters.

As Kat peered into one dog’s crate, a 12-year-old Dachshund named Freckles peered back. 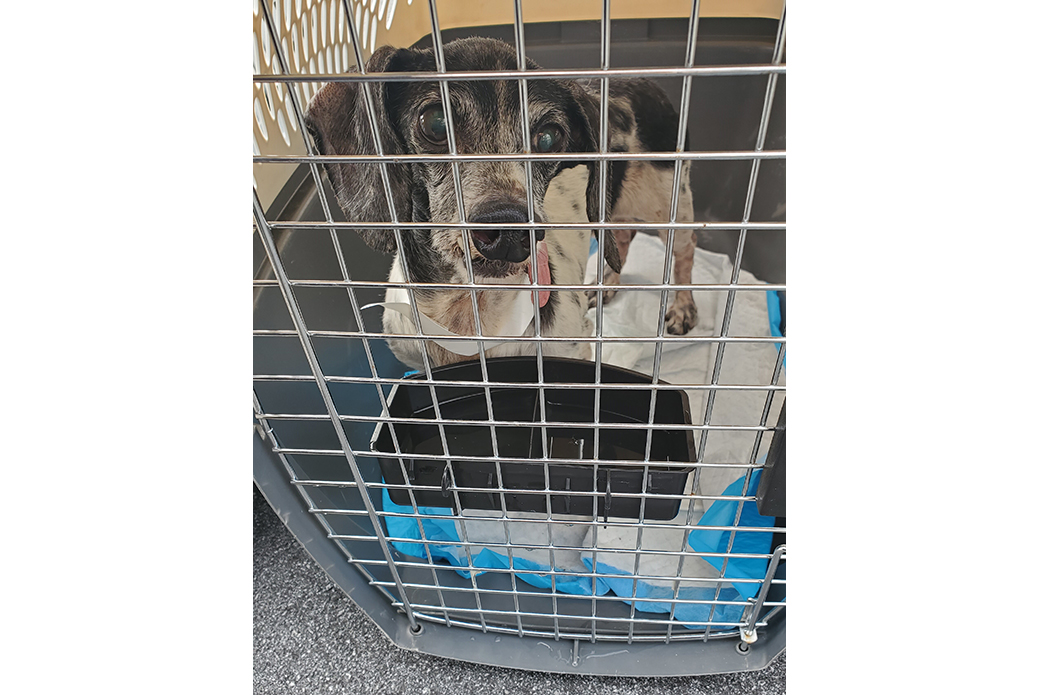 Top: Buster, left, and Freckles in their new homes. Above: Freckles during his journey.

“I have an older Dachshund myself, and I fell in love with Freckles as soon as I saw him on the tarmac,” says Kat.

Though the rest of the rescued dogs resumed their transfers, Freckles’ journey was over. He had found his home with Kat. 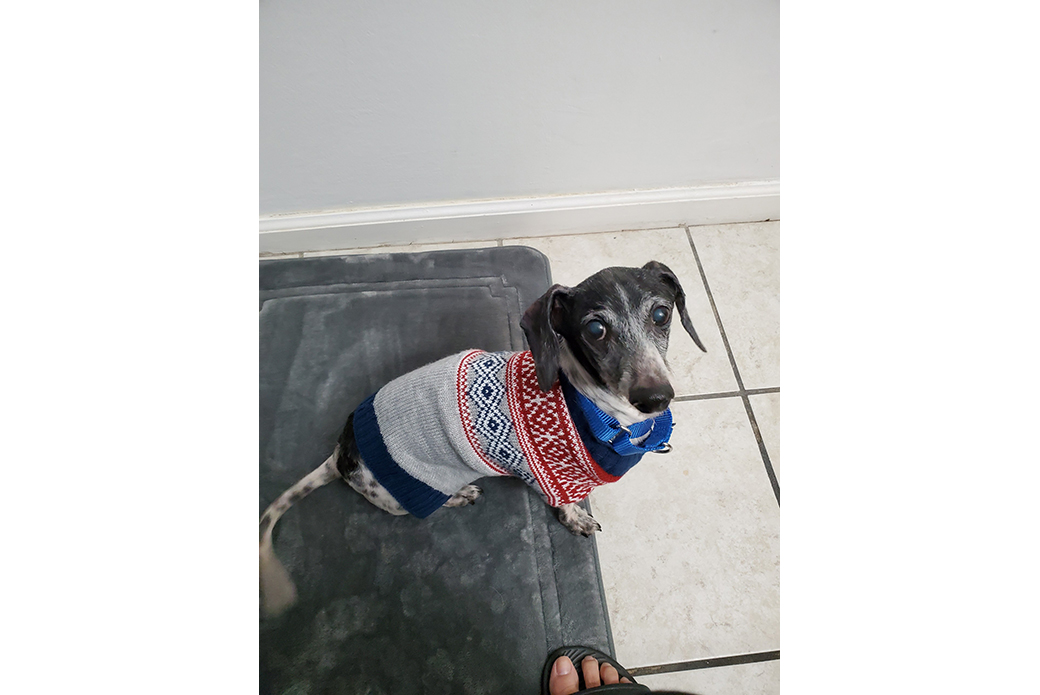 On November 10, the ASPCA removed Freckles and 40 other dogs from a west Texas property where they had been living in and around an overcrowded mobile home. Access to food and water was inadequate, and many of the dogs suffered from medical issues.

Left: The ASPCA’s Lacie Davis cradles Buster as he gets his nails trimmed. Right: Buster before he was removed from the scene.

The dogs’ owners acknowledged they could not provide proper care for the animals and voluntarily surrendered them to the ASPCA. Most of the dogs were transported to the Humane Society of North Texas in Fort Worth to be put up for adoption.

The remaining animals were sent to the Tri-City Animal Shelter in Cedar Hill, Texas, then flown to Asheville by Wings of Rescue. Once in Asheville, dogs ready for adoption were transferred to the Humane Society of Charlotte, while behaviorally challenged dogs went to the ASPCA Behavior Rehabilitation Center (BRC) in Weaverville, North Carolina, which provides rehabilitation for severely fearful dogs.

Above and below: Buster prior to finding his new home.

A Benefactor for Buster

Freckles wasn’t the only dog who was adopted before being placed in a shelter.

Buster, another older Dachshund, was scheduled to be transported to the Humane Society of Charlotte, but because he needed dental work, he was first taken to the Appalachian Animal Hospital in Weaverville. That’s where Allison F. spotted him.

“I happened to be there and saw him and fell in love with him,” says Allison, who manages the boarding and day care business for the hospital.

Allison, an animal lover since childhood, has three Dachshunds (Darla, Winston and Emmette) and is familiar with the breed. She and her husband Joe also have a rescued husky named Balto, a German shepherd named Dallas, and two cats, Milo and William.

She told Joe about Buster, and the next morning, when Allison reported to work, Buster was still there. 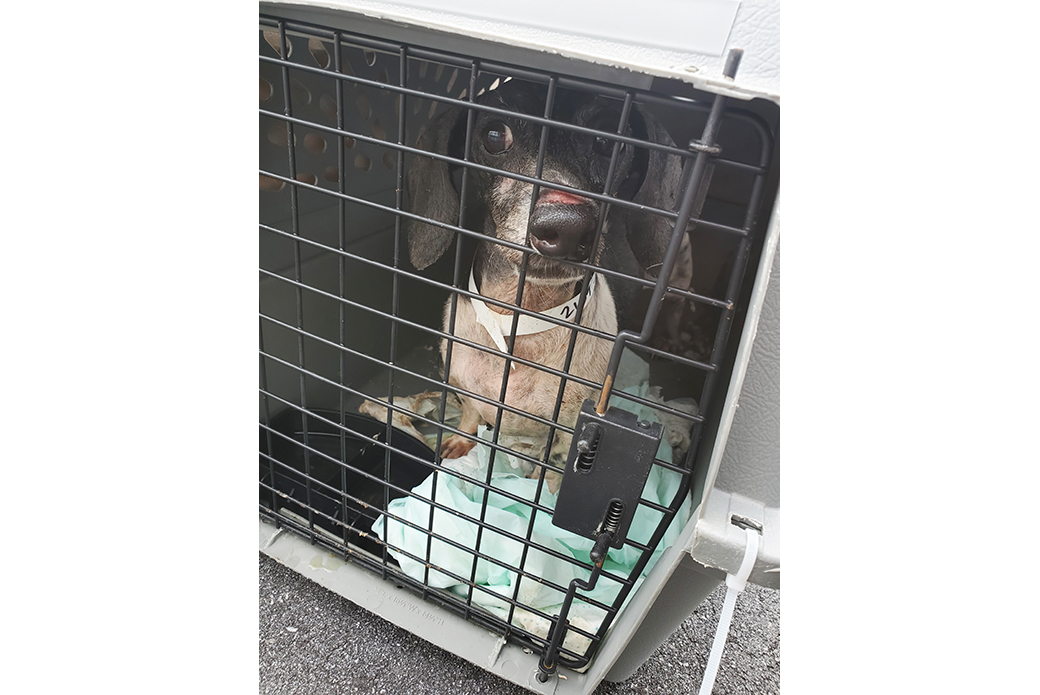 Freckles, above, and Buster, below.

“I took that to be a clear sign that I should adopt him,” says Allison.

On Sunday, December 6, Allison, Joe and their daughter Leslie, 18, adopted Buster, who was waiting for them at the BRC.

Buster, like Freckles, is a senior dog—somewhere between the age of 10 and 12—and has arthritis in his legs. But he is now in very good hands. 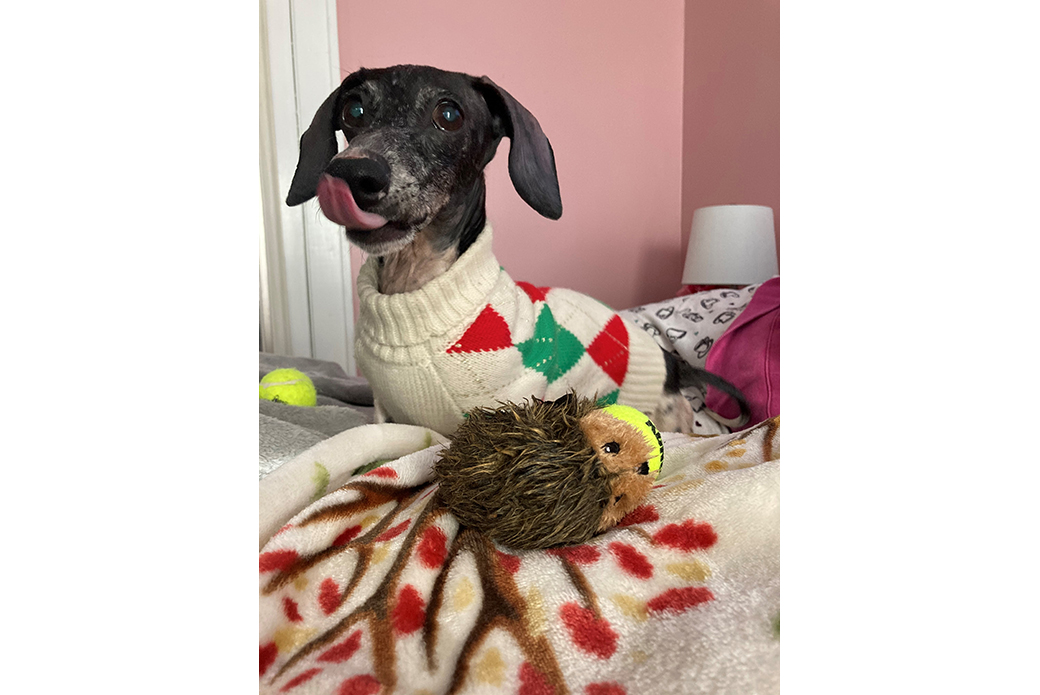 “He needs some attention, and we’re making sure he doesn’t have any other underlying medical issues,” explains Allison. “But he’s cute and seems happy. He loves his little hedgehog toy and is always in good spirits. I’m so glad we’re here for him.”