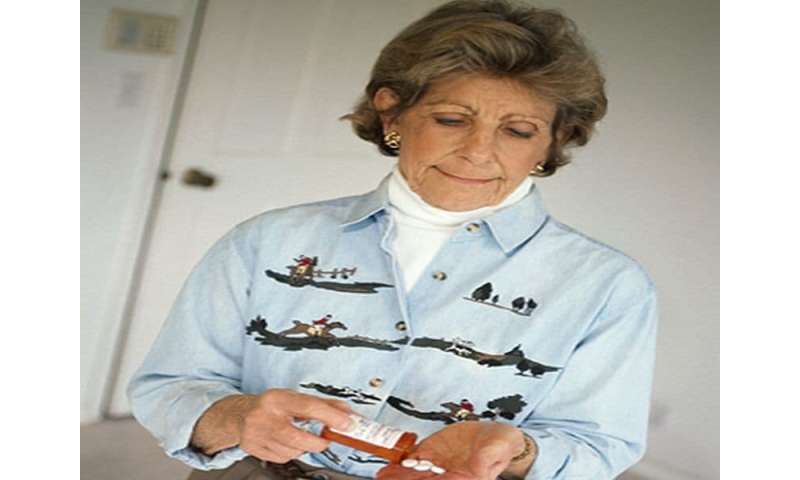 About 5% of adults 65 and older don’t take their medication as prescribed to cut costs, according to survey data from the U.S. Centers for Disease Control and Prevention.

And nearly 1 in 5 seniors has asked a doctor to switch them to a cheaper medication, the survey showed.

“It could be they skipped medication they couldn’t afford, they took less medication than prescribed, or they delayed filling a prescription,” said lead author Robin Cohen, a CDC statistician.

While that reflects rising drug costs, it also shows that seniors are willing to be smart consumers when it comes to their health care, said Judith Beizer, a clinical professor of pharmacy at St. John’s University in New York City.

“I’m glad to see there are people who are asking their doctor for a lower-cost medication, because they are aware that there are alternatives,” she said. “I always tell patients to not be afraid to ask their doctor if there is an alternative that would have the same effect at a lower cost.”

Drug costs continue to rise in the United States, and not just because of high price tags slapped on new, cutting-edge medicines.

Drug companies also have been steadily hiking prices on older brand-name drugs, outpacing the nation’s overall rate of inflation nearly fivefold between 2005 and 2016, according to a recent study published in the journal Health Affairs.

To see how seniors are dealing with these costs, CDC researchers turned to data from the agency’s longstanding National Health Interview Survey.

Researchers found that 86% of seniors 65 and older had been prescribed medication within the past 12 months.

Of those, about 1 in every 20 couldn’t afford to take their medication as prescribed.

“I’m actually surprised that the percentage who did not take their medications as prescribed was so low,” Beizer said. “I would have expected that to have been higher.”

At the same time, she said, those folks need to understand that not following their doctor’s orders can have severe health consequences.

“If you don’t take a blood thinner as directed, you could have a blood clot that causes a stroke,” Beizer said. “Insulin gets very expensive, but if your glucose isn’t controlled, you could end up with long-term complications of diabetes.”

Additionally, about 18% of seniors asked their doctor for a cheaper drug than originally prescribed, the CDC reported.

Younger seniors aged 65 to 74 are more likely to wrestle with drug costs than older people.

They were twice as likely to not take their medication as prescribed than those 75 or older: 6% versus 3%, Cohen said.

Younger seniors also were more likely to seek a cheaper prescription, about 20% compared to about 15% for older seniors.

“I just wonder if that’s because older people say, I need to take this, and the doctor is who I need to listen to,” Beizer said. “Looking at 65- to 74-year-olds, you’re starting to get to some of the older [baby] boomers, who might be more outspoken about their health care.”

The type of health insurance seniors carried had a huge impact on their ability to afford their medications, the report said.

About 8% of those covered by Medicare alone said they did not take medication as prescribed to save money. That compared to 5% of people with either Medicare Advantage or Medicare and Medicaid, and 3% of those with private insurance.

The same was true for those who asked their doctor to switch them to a lower-cost drug—20% for Medicare only; 19% for Medicare Advantage; 18% for private coverage; and 14% for Medicare and Medicaid.

Beizer said seniors shouldn’t be reluctant to talk to their doctor about drug costs.

“Patients should realize they are a partner in their health care. They have an active role to take,” she said.

Your pharmacist can be another source for good information and advice.