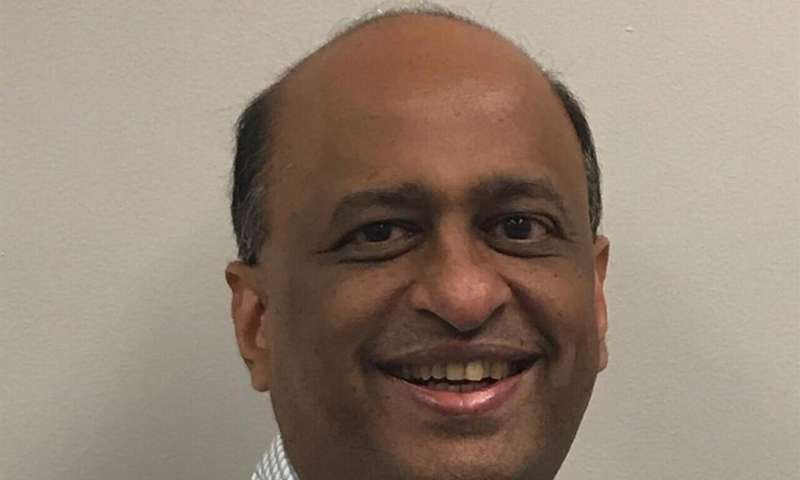 Research led by Ashok Aiyar, Ph.D., Associate Professor of Microbiology, Immunology and Parasitology at LSU Health New Orleans School of Medicine, has identified a target that may lead to the development of new treatments for the most common sexually transmitted infection in the US. The results are published this month online in PNAS, available here.

Dr. Aiyar says, “Our studies demonstrate that small molecules, collectively called trp operon de-repressors, which are produced by the gut microbiome and carried by the circulation to other parts of the body, play a key role. These molecules force Chlamydia to make tryptophan synthase. However, activation of tryptophan synthase in the absence of indole generates ammonia, which kills Chlamydia very rapidly. As such, our findings provide new leads for therapeutics against chlamydia infections that leverage products made by the gut microbiome.”

Previous studies have shown that trp de-repressors also kill other pathogenic bacteria, such as Legionella pneumophila and Mycobacterium tuberculosis, via unknown mechanisms.

“It is possible that the mechanism we have described for Chlamydia extends to these other bacteria as well,” notes Aiyar.

According to the Centers for Disease Control and Prevention (CDC), Louisiana had one of the highest rates of reported cases of Chlamydia trachomatis in the United States in 2017. The CDC reported there were more than 1.7 million cases of chlamydia diagnosed in 2017, representing a 22% increase from 2013 levels. However, the CDC estimates that 2.86 million infections occur annually. A large number of cases are not reported because most people with chlamydia are asymptomatic and do not seek testing.