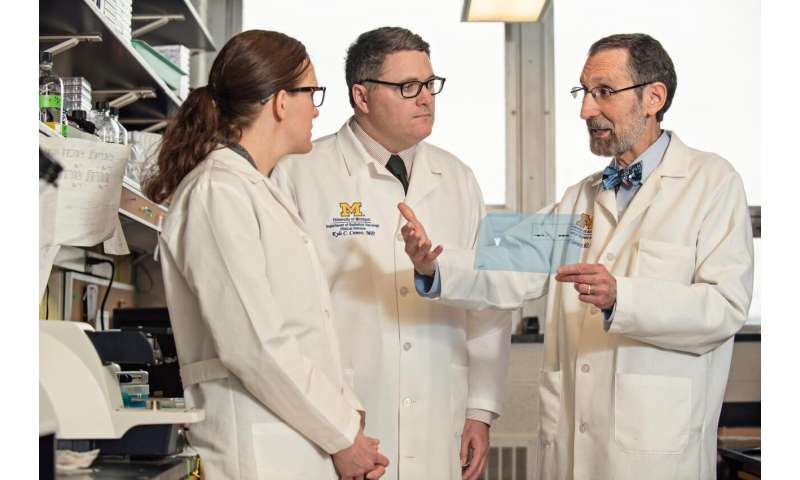 A phase 1 clinical trial looked at AZD1775, an inhibitor designed to block an enzyme called Wee1, which plays a role in DNA damage repair. The trial builds on almost 20 years of research at U-M focused on improving the treatment of pancreatic cancer that is too advanced for surgery.

“If we can disable the DNA damage response in pancreatic cancer cells, it might eliminate treatment resistance and sensitize the cancer to the effects of both radiation and chemotherapy,” says lead study author Kyle Cuneo, M.D., associate professor of radiation oncology at Michigan Medicine.

The trial enrolled 34 patients with locally advanced pancreatic cancer. Patients received AZD1775 in addition to radiation and gemcitabine. The goal of the study was to determine the maximum tolerated dose of AZD1775 in this combination. In the process, the researchers also found that this combination resulted in better than expected overall survival.

Pancreatic cancer is particularly known for spreading to distant parts of the body, part of the reason overall five-year survival is just 9%.

The median overall survival in the study was 22 months, with no progression for a median of nine months. A previous study using gemcitabine alone in a similar group of patients found overall survival of 12-14 months.