In California, Caregivers of People With Disabilities Are Being Turned Away at COVID Vaccine Sites

In California, confusion and botched communication has caused some eligible parents and family caregivers of people with disabilities to be turned away at covid vaccination sites.

Oscar Madrigal is one of those caregivers. His two sons are on the autism spectrum and his youngest requires almost constant care.

As the vaccination effort began, Madrigal hoped he and others like him would be prioritized, and he didn’t have long to wait. In January, the California Department of Developmental Services issued a general letter stating that family members like him are considered health workers and immediately qualify for the vaccine.

Through Facebook groups, parents of kids with disabilities excitedly shared the news.

Madrigal was relieved. As his youngest son’s primary caregiver, he didn’t know how his family would cope if he came down with the coronavirus.

But he soon noticed the tone of the messages on social media changed. Parents reported they’d been turned away at the vaccine sites. Only families who receive services from one of California’s regional centers — nonprofits that help people with disabilities — are eligible.

To get vaccinated, caregivers need to show a personalized letter — attesting they are family caregivers of a child with disabilities — from their regional center. Some were mistakenly presenting the more general form letter issued by the Department of Developmental Services from January as proof of their eligibility.

“Lots of people were xeroxing it. Frankly, lots of people were using it inappropriately to claim that they were in fact the health caretakers of their children,” said Barbara Ferrer, director of the L.A. County Public Health Department.

Madrigal, whose children do get services from a regional center, dutifully got the required personalized paperwork and brought it to an L.A. County vaccination site. And, still, he was turned away.

“She didn’t even look at my documentation,” he said. “She just said, ‘We have no way of verifying this.’”

The county has hundreds of vaccination sites, and Madrigal found out the new rules haven’t trickled down to all staff members.

“I think to give families some kind of expectation and then have that expectation taken away becomes really, really draining on us,” he said.

Vaccine Deployment Is the ‘Wild West’

“The culture of the vaccine deployment world right now is the Wild West,” said Andy Imparato, executive director of Disability Rights California and a member of the state’s vaccine advisory council.

Imparato has heard stories like Madrigal’s from around the state.

“Lots of things are happening on the ground in different ways, depending on who is screening people for the vaccine, and how much training they’re giving the people that are doing the screening. It’s not consistent,” he said.

That’s because each of dozens of city and county public health departments has its own approach to the vaccination process.

After weeks of confusion, the California Department of Public Health clarified on its website that parents and caregivers of people with disabilities should be getting the vaccine now.

It’s still a patchwork system. CDPH left the decision of who qualifies as a family caregiver to each regional center. In an emailed statement, CDPH said regional centers can determine who the “individuals who have specialized health care needs are.” That means some parents of children with autism may receive a letter from their regional center letting them know they qualify for the vaccine, while other parents could be turned away by their regional center.

“The authority figure has told them that they’re not eligible, and they’re going to go home and wait until they are eligible. And that makes me very sad, because that’s not accurate,” Imparato said.

But parents with the means and knowledge to navigate the system — people like Oscar Madrigal — have pushed back. After writing to his elected officials about the mix-up with his vaccination, Madrigal got another appointment. 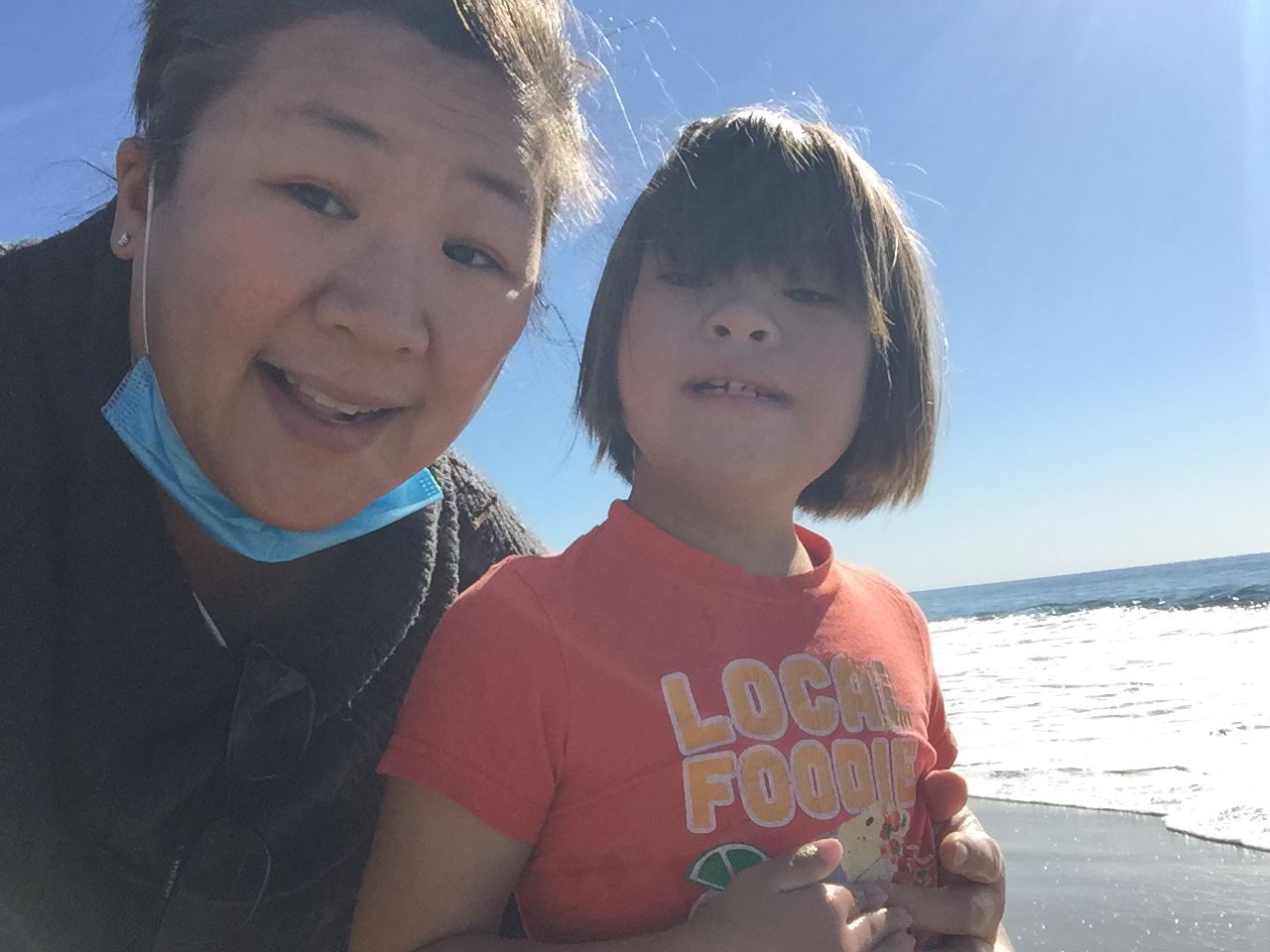 ‘Our Lives Matter. We’re Not Castaways’

Cindy Liu and her husband wanted to get the vaccine to help protect their daughter, who has Down syndrome. It’s on the list of conditions the Centers for Disease Control and Prevention has linked to serious illness from covid-19.

Liu is paid by the state to care for her daughter because the girl’s condition is severe.

Liu brought her paperwork to her vaccination appointment at the Goebel Adult Community Center in Ventura County, the same place her husband had gotten the shot just days before with the same documents from their regional center.

“They barely even looked at my paperwork,” she said. “They saw the letterhead and said, ‘That doesn’t qualify you.’”

Liu said staff questioned her repeatedly and implied her documentation could have been faked, leaving her frustrated and demoralized.

“Just give us the benefit of the doubt,” she said. “Our lives matter. We’re not castaways.”

Liu eventually got her first vaccination after staff members accepted a state-issued pay stub as proof. But she wonders if she’ll have to go through it all again in a few weeks when she returns for her second shot.

This story is part of a partnership that includes KPCC, NPR and KHN.