Amy Schumer has always been body-positive. Now, she’s sharing her love of her post-baby body with fans.

On Sunday, July 28, the comedian posted a photo of herself on Instagram grinning as she strolled down a beach in a one-piece bathing suit by Lonely. Her husband, Chris Fischer, walks next to her holding their 2-month-old son, Gene, in a baby sun hat, and Schumer’s dog, Tati, follows behind. She captioned the pic, “We’re good.” She shared a second photo in the same post that pictured Fischer, 38, pushing her and Tati along the sand in a beach wheelchair.

Fans responded warmly to the sweet scene, and many praised the 38-year-old I Feel Pretty actress for her realistic depiction of motherhood and post-baby weight loss. When one fan wrote, “So beautifull a normal womans body you look great!!💚,” Schumer responded with gratitude for her physique.

“I am loving my warm soft post baby body,” the star wrote. “Grateful to be feeling so strong again!” 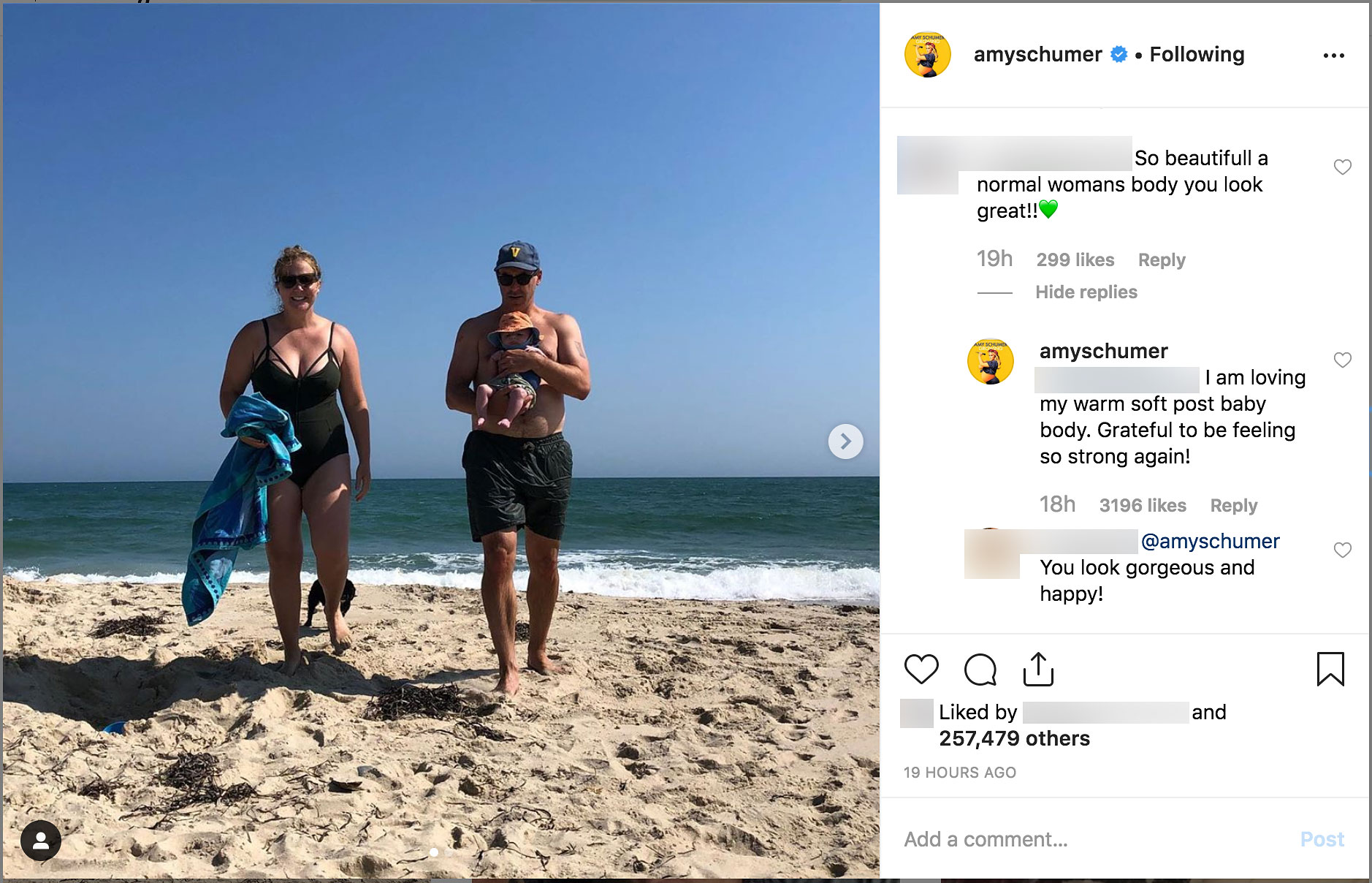 With her trademark wit, the author of The Girl With the Lower Back Tattoo has been very open about pregnancy and motherhood, posting multiple photos of herself in hospital underwear and pumping.

On May 21, she posted a photo of herself pumping breast milk the morning after she returned to the stage for a standup bit. “Sending out love to the moms shaming me for doing standup last night!” she wrote, adding the hashtag, #schumerpumprules. 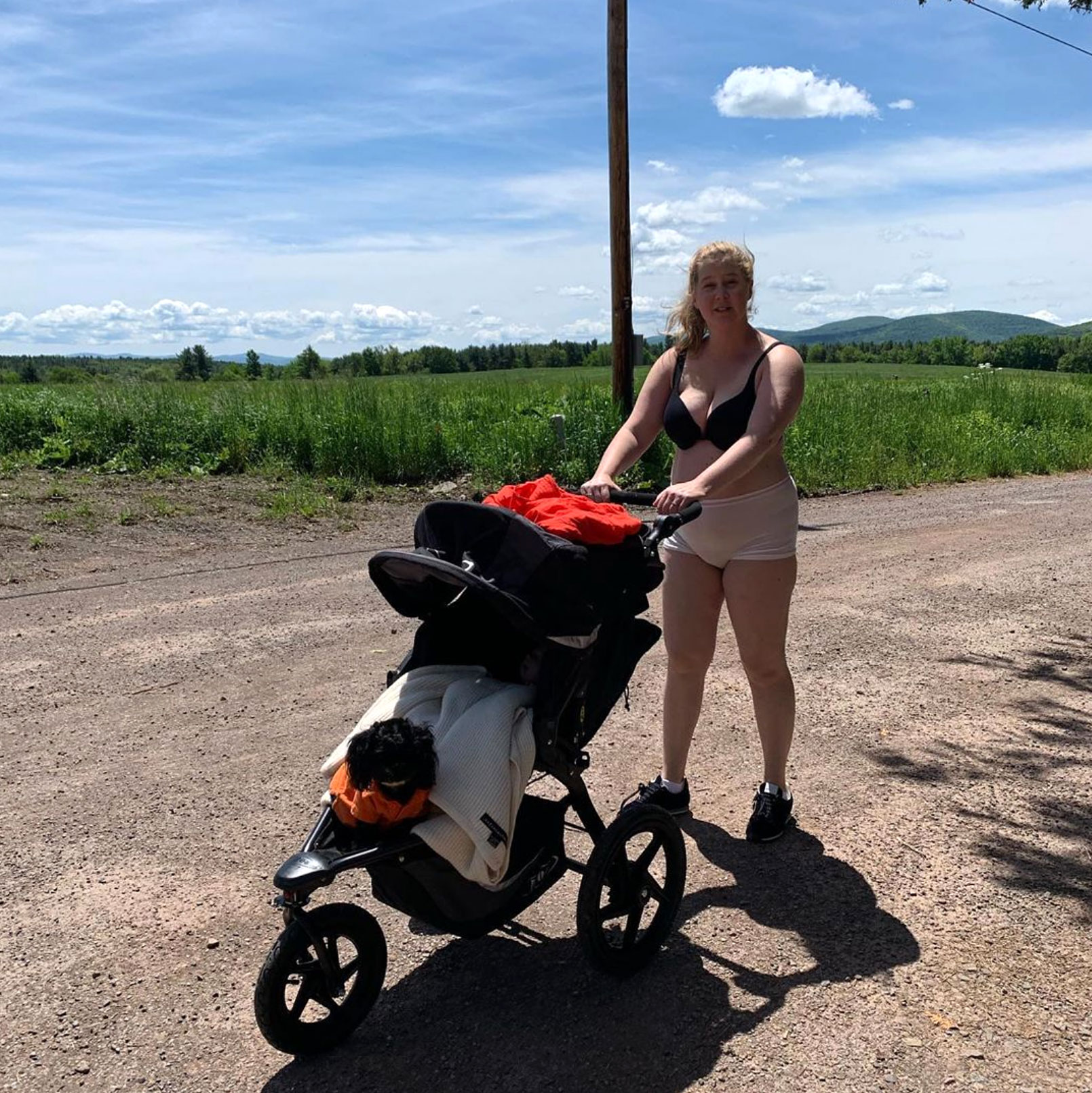 She also posted a fake apology for her underwear posts on June 12. “I’m really sorry if I offended anyone with my hospital underwear,” she wrote on a series of two paparazzi photos, the last of which pictured her pulling up her t-shirt to show her C-section scar while flashing the peace sign and sticking out her tongue. “Except I’m just kidding.”