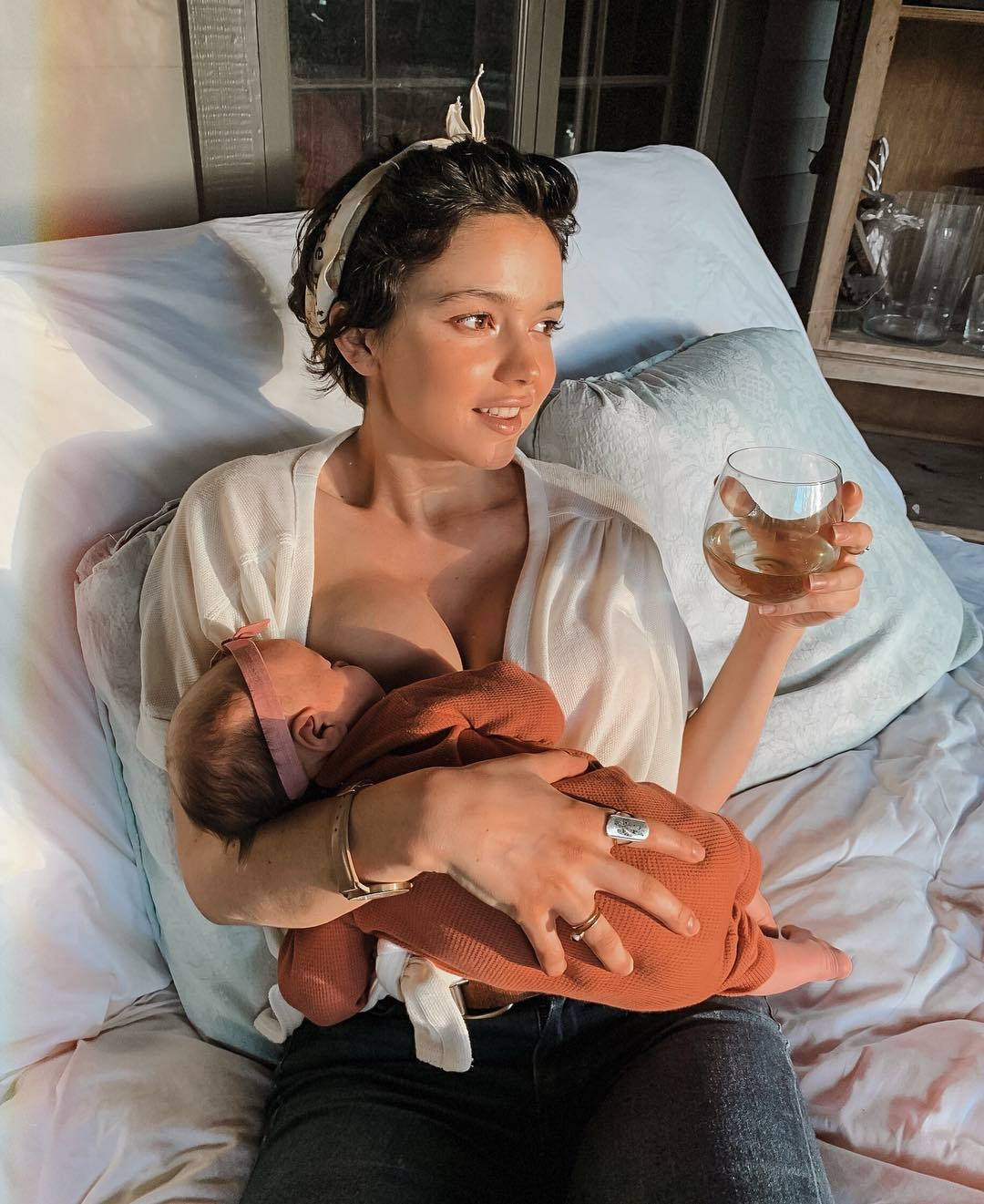 The best of both worlds! Bekah Martinez breast-fed her 2-month-old baby girl, Ruth, before winding down with wine.

“Sunset vibes from this weekend,” the Bachelor alum, 25, captioned a mother-daughter photo on Instagram on Monday, April 15. “I was waiting patiently for her to finish nursing before beginning my (single!) glass of wine.”

In the pic, the former reality star looked off into the distance while holding white wine in one hand and her little one in the other.

The California native shared another breast-feeding shot later that same day. “Nothing like a backseat feed before hitting LA traffic,” she captioned a close-up photo on her Instagram Story. 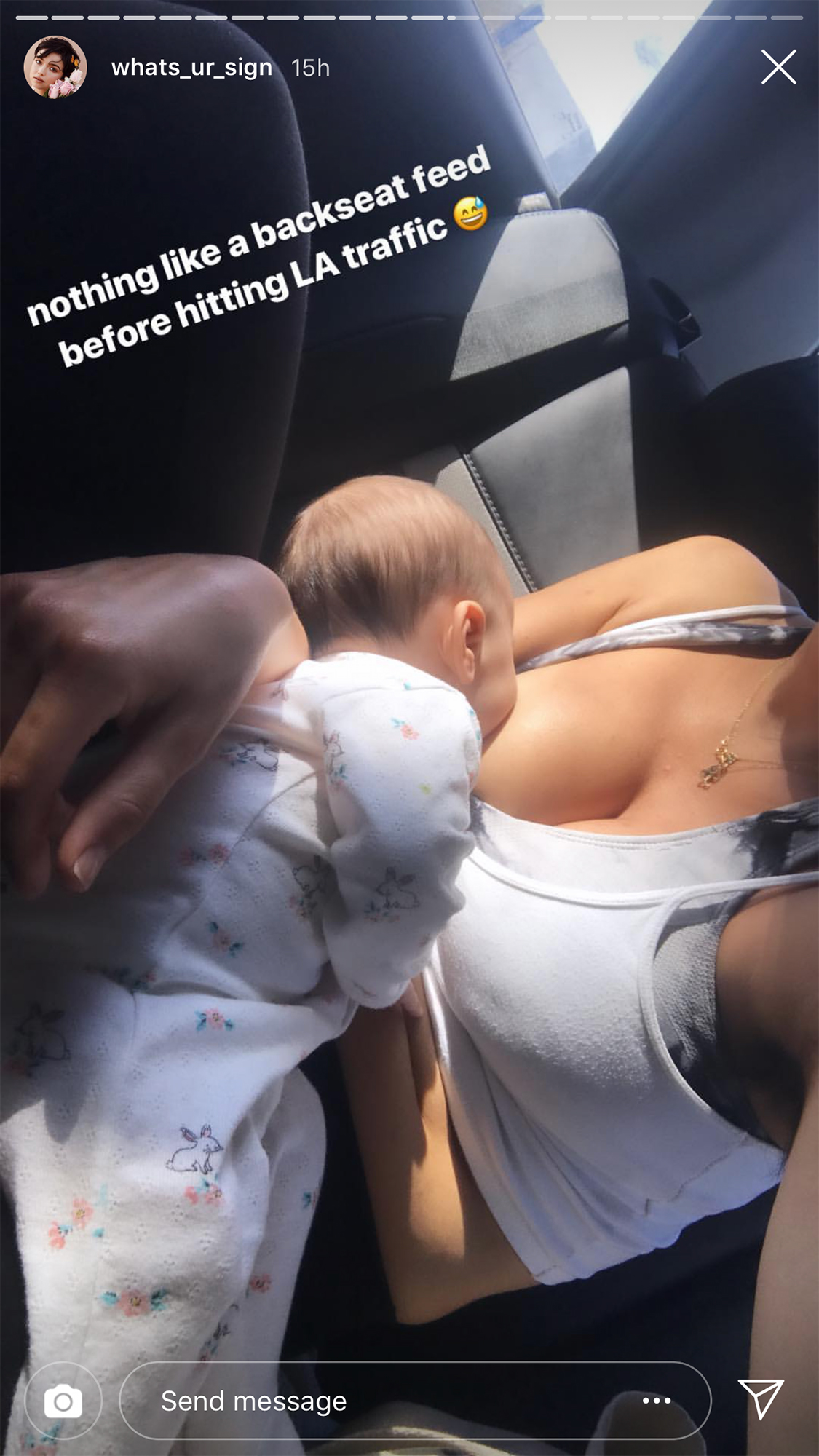 Martinez and her boyfriend, Grayston Leonard, welcomed their infant in February.

“On the morning of February 2nd, our little girl joined us earth-side and we will never be the same,” the ABC personality wrote on social media at the time. “We are all as healthy and happy as can be.”

This came five months after Martinez’s pregnancy announcement. She and her boyfriend found out that they were expecting three months into their relationship, and she admitted in March that the transition to parenthood has not been seamless.

“Don’t get me wrong, I’ve never been happier than I am now,” the new mom captioned a selfie with her boyfriend. “I couldn’t think of a better person to be my partner or the father of my child, but dealing with the stress of an unplanned pregnancy with someone you barely know is ROUGH. … [We’re] still getting to know each other now; we’ve skipped past the whole dating phase and haven’t had much time to talk about things that aren’t baby-related.”

She added: “All that being said, we’re starting therapy together and I’m looking forward to where the future takes us.”