Spending time with your mother-in-law shouldn’t be so hard over the holidays. Simply let her make the schedule, don’t spend any time with your family at all, and let her scream insults at you whenever she feels like it. What’s so difficult about that? All jokes aside, this one MIL on Reddit actually believes her son and daughter-in-law should follow these guidelines, and its mind boggling. The situation is so complicated, Redditors aren’t even exactly sure how to best handle the situation.

The final straw was Thanksgiving, although they’ve been having problems for years, according to the woman who wrote in the “Am I The A—hole?” subreddit. She shares the story about her “possessive and controlling” mother-in-law in her post.

“My MIL is quite possessive and controlling. She doesn’t like me because I’ve taken her son away from her and all that but she’s never been honest either to me or my husband about her dislike towards me,” the mom started out writing. You gotta love passive aggressiveness!

The woman continued, “She’ll only throw some masked insults to my husband about me but to my face she’s acting like an angel and says how much she adores me and views me as her own daughter etc. Behind my back both her and my SIL say the most horrible stuff.”

Some people can be so rude! The woman goes on to say that she won’t focus on the “many horrible things” her mother-in-law has done; instead, she is complaining about “how she acts regarding us trying to balance time between families.”

Figuring out how to split the holidays is one of the most challenging parts of having a partner, even more so when kids are involved. Most parents are generally understanding (they likely went through this too!), but this mother-in-law thinks the world should revolve around her. 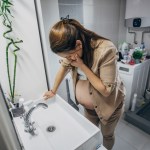 “Since the first years of my husband and I being together MIL always had the expectation that her and her family should be prioritised more than my family,” she wrote. “In some cases she spoke as if I had no family when my family is well and I have a great relationship with them.”

It’s infuriating! This does not sound equal or fair (or even respectful!) at all. She continued, “She always had demands that we spend every single holiday with them and whenever we balanced things out between them and my family she threw tantrums and constantly cried to my husband about how he abandons his dear mommy for his ‘new family’.” Excuse us while we throw up.

Luckily, it didn’t take her husband too long to catch on to her manipulation. “At first my husband felt bad for her but then understood her theatrics and anytime she throws a tantrum he’s telling her ‘like it or not that’s what’s gonna happen, go cry now and deal with it’. We still try to be fair and balance holidays.”

She continued, “Another example is how she demanded that during our wedding day I should get dressed at her own house because I’m like her daughter and she deserved to see me getting ready more than my own parents did. When I chose to get ready to my parent’s house MIL was mad and said I disrespected her and that I don’t consider her family because I did that.” So, we’ve firmly established that this woman is out-of-control, got it.

But her mother-in-law is a controlling dictator, and that wasn’t good enough for her.

“Guess what. MIL didnt like that. After we were about to leave thanksgiving lunch with her she started making comments again about how we’re picking my family over her and how she’ll spend new years without us now too because we prefer my family more,” she wrote. “Totally ignoring the fact that we’ll spend Xmas with her. My husband even tried to accommodate her once and asked her if she’d prefer for us to spend Xmas or New year’s with her and I told him no, she won’t dictate our schedule, enough.”

It’s ridiculous! These people are all adults, they are trying to make things work, and she’s throwing a tantrum because she can’t monopolize every second of their time. Yeah, no. That’s definitely a—hole behavior on the mother-in-law’s part.

It escalated from there.

“After she made that comment my husband ignored her and was like ‘yeah ok you’ll start crying again’ and she started yelling at my husband about how he’s picking me over her and my family over her,” she wrote. The woman decided to stand up for herself after her mother-in-law started verbally attacking her family. “She started throwing insults about my family and I couldn’t hold myself but to talk back to her and tell her off for being a selfish person who expects the world to revolve around her and that she needs a wake-up call that she’s not the only person in our lives.”

She continued, “My husband told me to get in the car and go. On the ride home he said that while i was right I shouldn’t have gotten involved and i should be the bigger person instead of acting like an AH like her.”

Now, Reddit is divided on if this daughter-in-law should just stay out of it and let her husband deal with it or if she should continue to speak up for herself.

“NTA. Your husband is not in an easy place, he understandably cares about pleasing his mom,” one person wrote. “But ultimately you’re in the right, and it’s fine for you to get involved, because it clearly concerns you.”

She responded to that comment, writing, “The main reason I got involved this time is because of straight insults she said about my family. Other times she’s an angel in front of me and says horrible stuff behind my back or when she thinks I can’t hear her. But now this was the first time she straight up said very nasty stuff about my family.”

It’s a little easier to let things roll off when they aren’t directly said to you, but this mother-in-law took it too far, so I completely get why the woman felt she needed to defend herself. Honestly, the fact that she held back and kept it to just words was impressive!

“Normally I’d say it’s up to a partner to handle the in-laws, but her insulting your family seriously crossed a line and your response was appropriate in that moment,” another person wrote.

Although, the same person had a bigger concern about the OP’s husband. “As for your husband, did he stand up for your family at all, or just brush off him mom’s tantrum?” they continued. “You need to have a deeper conversation about it with him. Her behavior isn’t just demanding and entitled anymore, it is directly aggressive towards you and your family.

You and him understand the dynamic better than internet strangers would and can likely come up with the most appropriate solution, but you might want to set the boundary that if this happens again without him coming to your and your family’s defense then you no longer feel comfortable accompanying him to his family events.”

The woman clarified in another comment, “My husband is on my side on this but what he wants is that I am quiet about this to his mom while he handles it so my MIL will not have a reason to talk shit about me.” She continued, “The thing is this woman has known me for 7 years. Since day 1 I’ve always respected her and even sacrificed my own time and happiness multiple times to please her and be accepted by her and all of that is in vain. At this point I think it’s pointless for me and my husband to worry whether or not I’ll give her a reason to hate me. She already does without any reasons. She has no trouble making up reasons.” This is so true. Why worry about what the mom thinks when she clearly looks down on your wife so much already?

But others brought up another valid point. “Your husband has good intentions but is making a huge mistake,” they wrote. “If he tries to handle it ‘alone’ it will backfire. it’s EXACTLY what his mother wants. she’s resentful of you ‘stealing her baby’ even if she might not be able to articulate that or even recognize it herself. so, whether intentionally or subconsciously, she’s trying to drive you apart. the petty and insulting behavior and the way she treats you and your family are a way to make it so unpleasant for you to be around her that you’ll ‘go away.’”

They added, “your husband needs to present a united front WITH YOU to reinforce that the two of you are a single unit now. that’s what a marriage is.”

It’s so important to set boundaries for yourself, but this commenter does have a point! Her whole goal is to get more alone time with her son, so if the wife stays out of it, the mother-in-law wins. That would be enough reason for me to continue to stick it out at the family gatherings.

Someone else wrote, “Your husband is both right and wrong. He’s right to deal with his mom, you should not have to handle her nastiness. But at this point he’s going about it the wrong way. He can’t reason with crazy. You and your husband should back out of Christmas and NY, and other holidays. No need for an explanation or argument.”

Sometimes, the only way to find peace on Earth during the holiday season is to shut out all the family that cause chaos in your life. Consider skipping out on Christmas with the in-laws a gift to yourself!

Before you go, check out some of Reddit’s most jaw-dropping Thanksgiving stories. 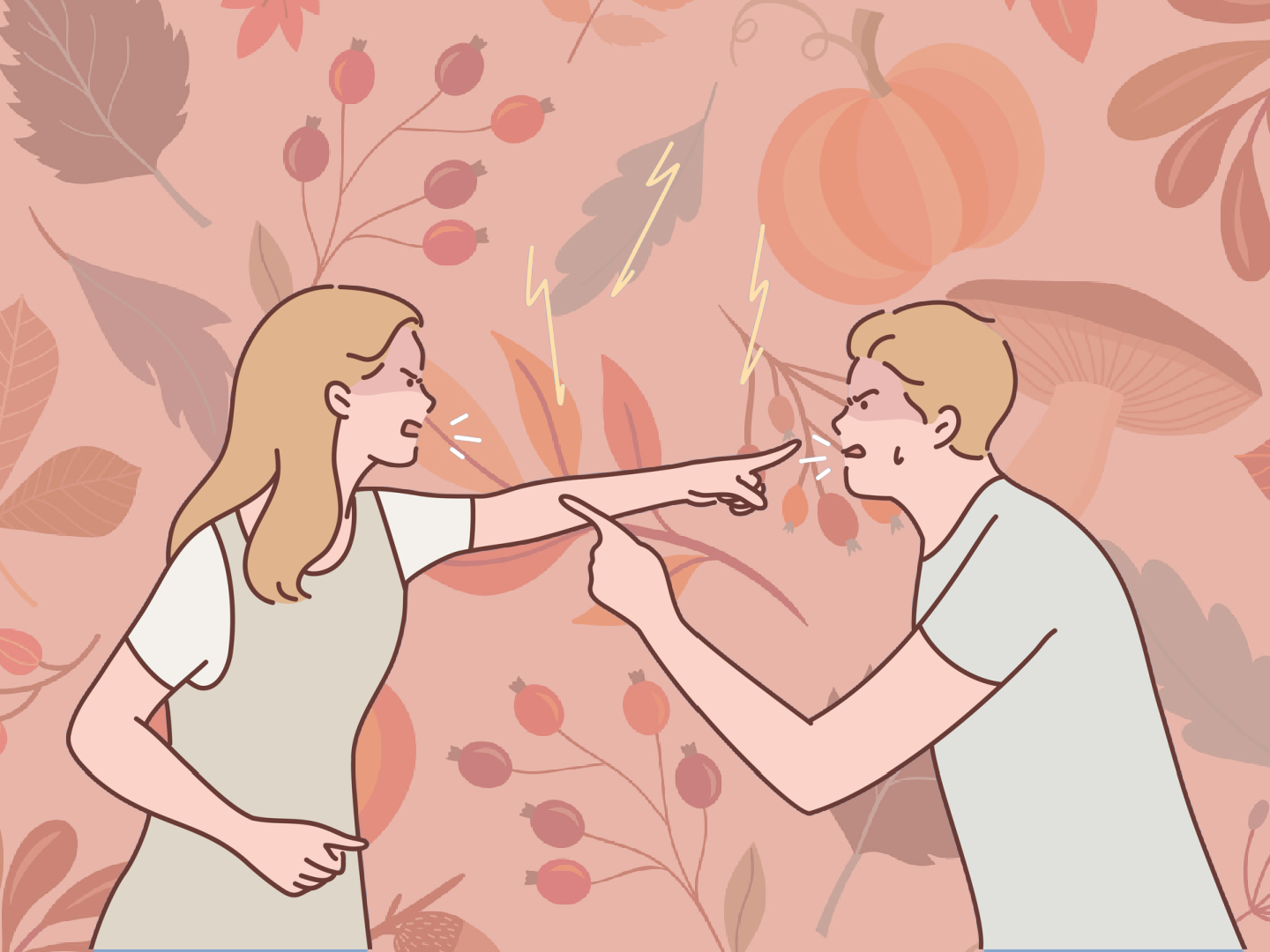