How to Do This Bucket List Travel Locale — With Kids

Home to over 18 million people — in case you were wondering, that’s over twice the current population of the United States’ most populous city, NYC — Mumbai is one of the largest and most cosmopolitan cities along India’s west coast. With a rich, multi-cultural history, Mumbai has seen everyone from the Baghdadi Jews and Persians to the Portuguese and British inhabit its neighborhoods, leaving behind an impenetrable mark on the city. And, yes, it’s absolutely a (safe, cultured, life-changing) place you should travel with your kids.

Bombay — what the city used to be called until it was officially changed to Mumbai in 1995 — holds a lot of memories for me: My maternal grandparents were married in Byculla, a neighborhood in South Mumbai, it’s where my brother was born, and where many summers of my childhood were spent. From sweeping views of the Arabian Sea to Heritage and Art Deco buildings dotting the city, here’s what your whole family should see in Mumbai. 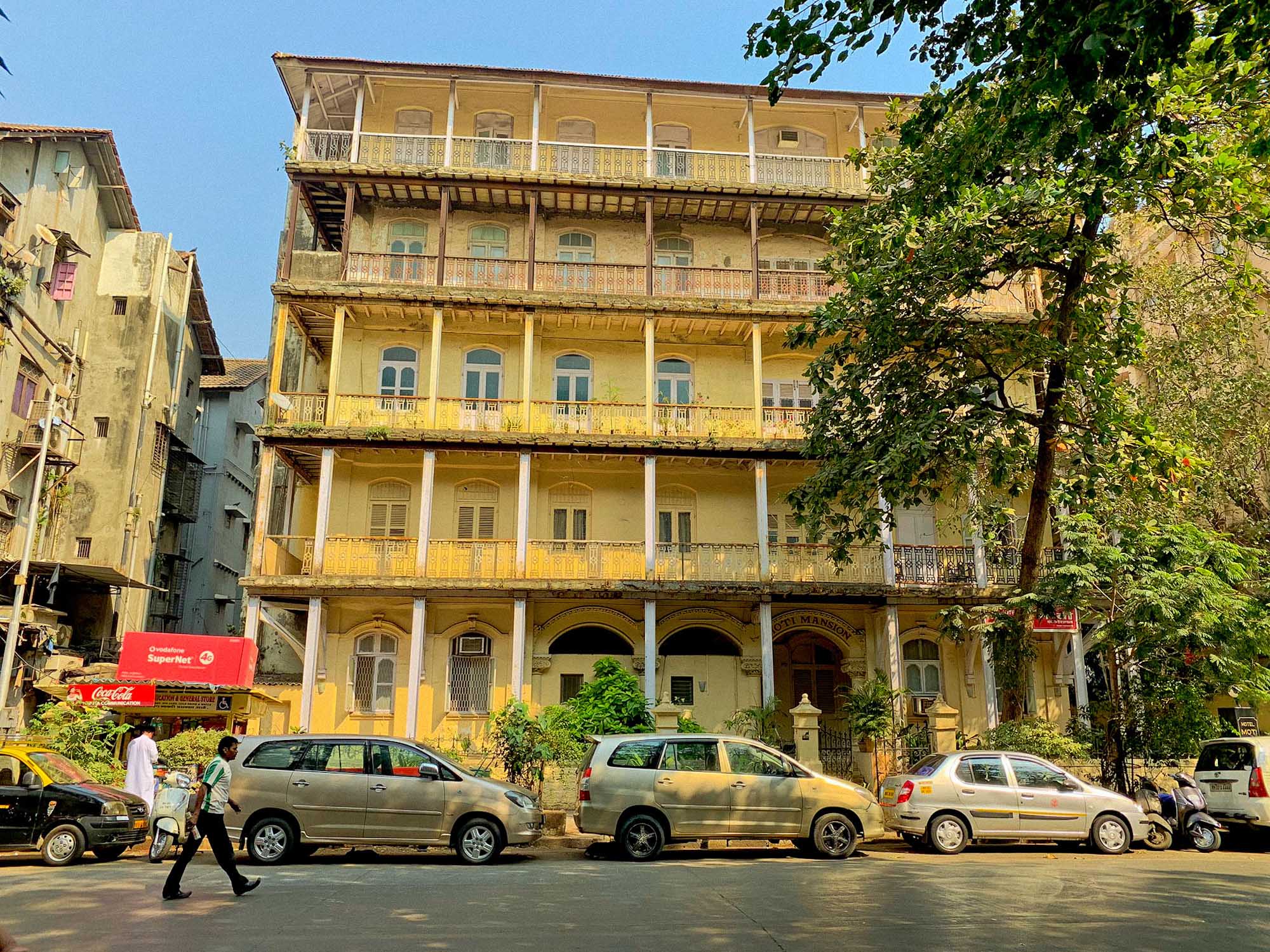 If it’s your first visit to Mumbai, and especially with the kids in tow, I recommend staying in the following neighborhoods: Colaba, Fort or Nariman Point. The neighborhoods are teeming with restaurants, cafes, and shopping from fancy boutiques to road-side stalls. Plus most sights are within walking distance, which you will come to appreciate after experiencing the unbelievable Mumbai traffic jams and overcrowded trains.

Primely located in a heritage building in the heart of Colaba is Abode Bombay, a boho-chic boutique hotel that serves as a sanctuary from the non-stop hustle and bustle. This 20-room property, once the private residence of one of Mumbai’s most prominent businessmen, David Sassoon, has been restored and thoughtfully decorated, with the city serving as its design inspiration. From art deco pieces and custom-built furniture to hand made tiles and vintage fabrics, everything you see has been locally-sourced. The hotel is also the only one in Mumbai to have its own all-women car service, many of whom are single mothers and sole breadwinners. Opt for a luxury or superior luxury room as they offer space for the setup of cots and additional beds; all room rates come with a simple complimentary breakfast that is served until 11:00am. 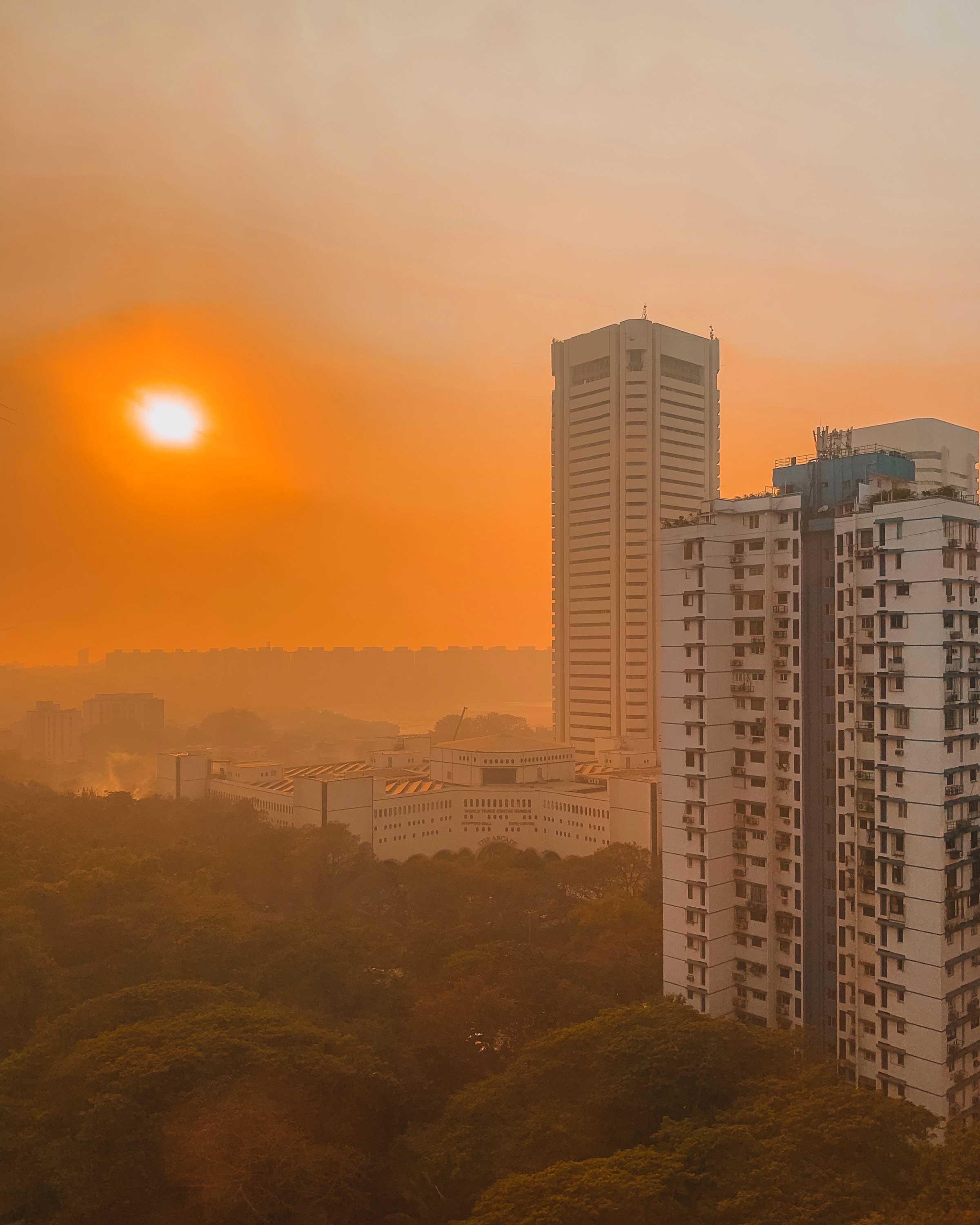 For those seeking a more traditional hotel stay, the Vivanta President, part of the luxe Taj-hotel group, is another option. Offering spacious contemporary rooms and suites, some with views of the Arabian Sea; the hotel also offers three restaurants, a bar and a pastry shop, plus a 24/7 gym, spa and outdoor infinity pool. It’s also less than 10-minutes by car from some of Mumbai’s iconic sights like the Gateway of India, Marine Drive, and its sister property, the stately Taj Mahal Palace. 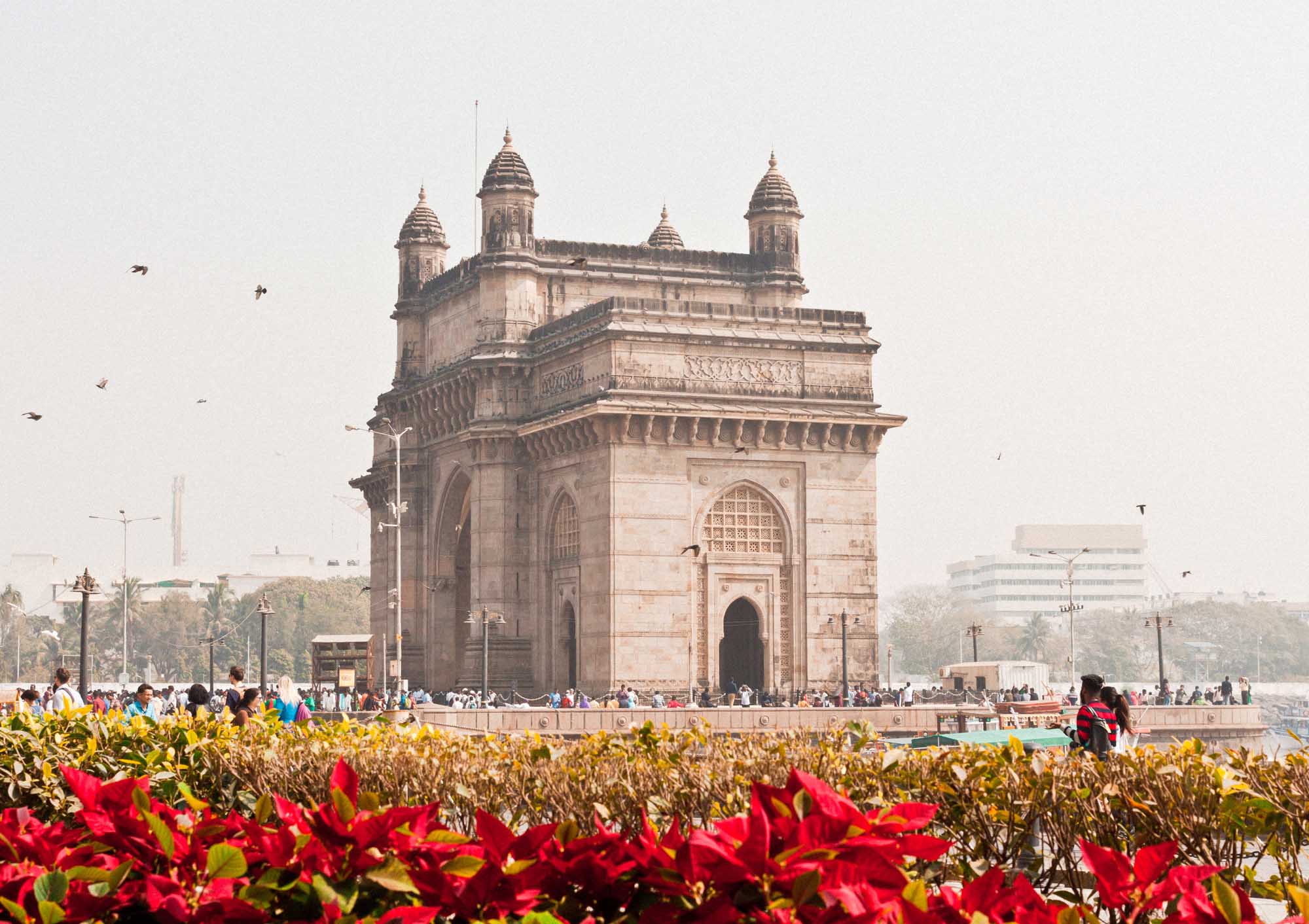 The Gateway of India, considered to be one of Mumbai’s main landmarks, is visited by thousands of tourists and locals alike, who admire its intricate carvings and Indo-Saracenic style of architecture. Constructed entirely of basalt in 1924 (the foundation stone was laid in 1911), the monument was modeled after Paris’ Arc de Triomphe and originally built to welcome King George V and Queen Mary to Bombay. Since its inauguration, it served as the key entry point into the city by sea, and coincidentally it was also the point of exit by the British in 1947. The best time to visit — and beat the hordes of visitors — is during sunrise and the hour right after, when the city is slowly waking up.

Another option to avoid the crowds, especially with the little ones, is to head across the street to the opulent Taj Mahal Palace hotel. Opened in 1903, this century-old icon has welcomed countless celebrities and royalty, including former U.S. President Barack Obama, The Beatles, and Sting, among others. Even if you’re not staying in the hotel, you can experience its refined hospitality by getting afternoon tea at the Sea Lounge, which offers magnificent views of the Gateway of India and the Arabian Sea.

The Chhatrapati Shivaji Terminus — previously known as the Victoria Terminus — is one of the three UNESCO World Heritage Sites located in Mumbai. Completed in 1888, the bustling railway station is an excellent example of Victorian-Gothic-meets-traditional-Indian architecture. I recommend visiting during rush hour and just watching from one of the footbridges the scenes unfold on the platform below.

The Cathedral of Holy Name is yet another Gothic Revival building that dots the Mumbai landscape. Set on a quiet, tree-lined street in Colaba, this Roman Catholic cathedral was built in 1905 and boasts an impressive interior, with colorful frescoes, depicting the life of Christ, covering its ceiling and walls.

Sandwiched between the Fort and Colaba neighborhoods is Mumbai’s trendiest arts district, Kala Ghoda. Named after a black horse statue that once stood in the area, it’s now home to some of the city’s best art museums and galleries, quaint cafes, and one-of-a-kind boutiques. For art enthusiasts, stop by Jehangir Art Gallery to check out works by contemporary Indian artists.

Need an afternoon pick-me-up? The Kala Ghoda Café serves up freshly brewed coffee — made from their own in-house organic coffee blend — and delicious slices of gluten-free coconut cashew cake. 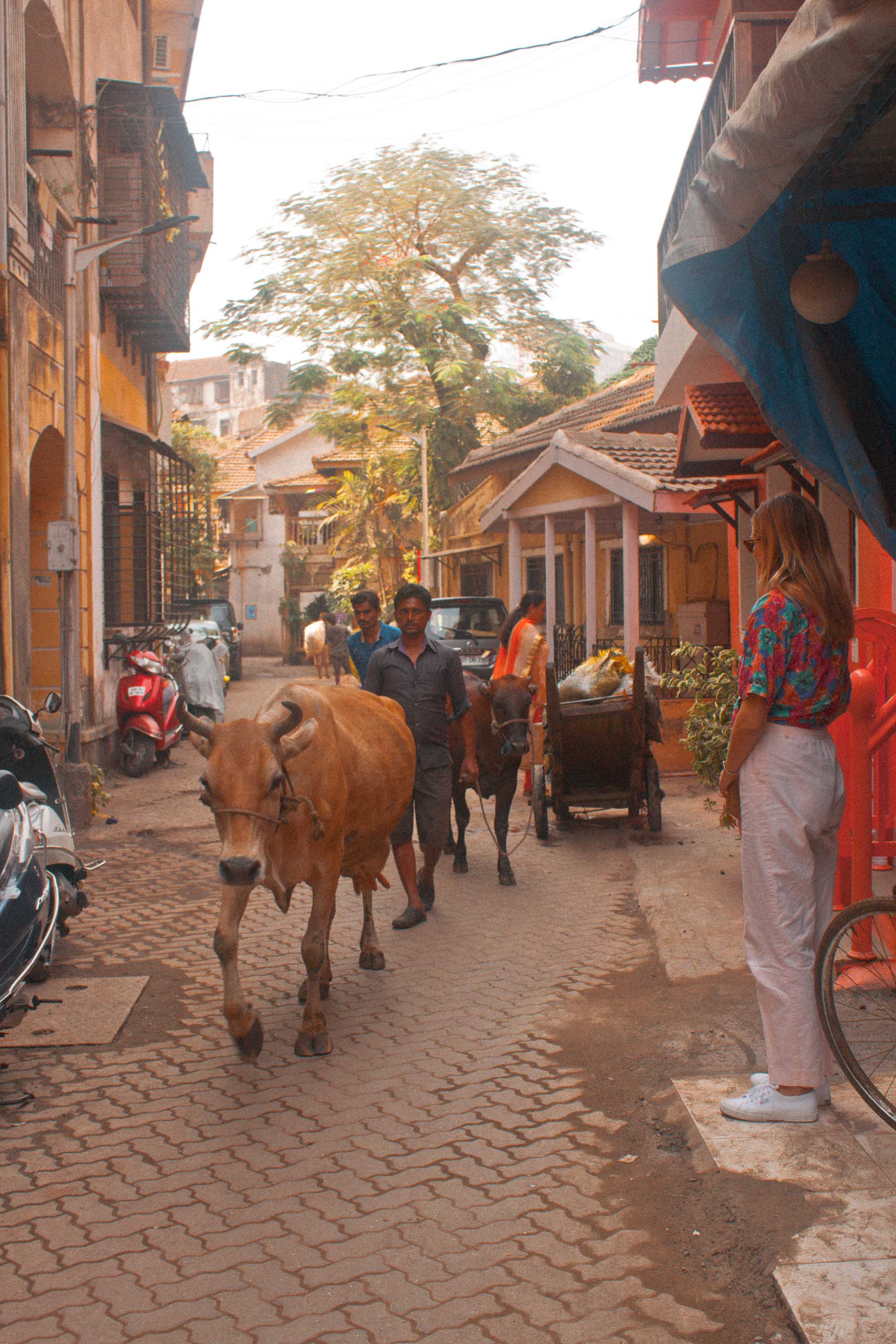 To get a sense of what life was like in old Mumbai, head to Khotachiwadi, a heritage village in Mumbai’s Girgaum neighborhood. Colorful Portuguese-style homes flank narrow, winding lanes, transporting you to another world, away from all the noise and commotion. According to local resident and clothing designer, James Ferreira, the area was once home to 65 heritage properties, of which less than 25 remain.

No trip to Mumbai is complete without taking a drive along Marine Drive, the 2.2-mile seafront boulevard known for its picturesque sunsets, Art Deco buildings, and street food vendors. It’s also often called the Queen’s Necklace because at night, the streetlights that light up this famous stretch of road, resemble a pearl necklace.

Thanks to its multiculturalism and diversity, the culinary scene in Mumbai is unparalleled; from street food at roadside vendors to fine dining in some of the best Mumbai establishments, the city has something to offer every palate.

A landmark in the Colaba neighborhood, Cafe Mondegar is one of many Irani cafés in Mumbai and makes for a casual meal be it breakfast, lunch, or dinner. The interior walls are hand-painted with colorful murals by Indian cartoonist, Mario Miranda, and depict life in Mumbai and its lively cafe scene. I recommend trying any of the Parsi dishes on offer; my favorite for breakfast is the Akuri on Toast, a Parsi-style scrambled egg. 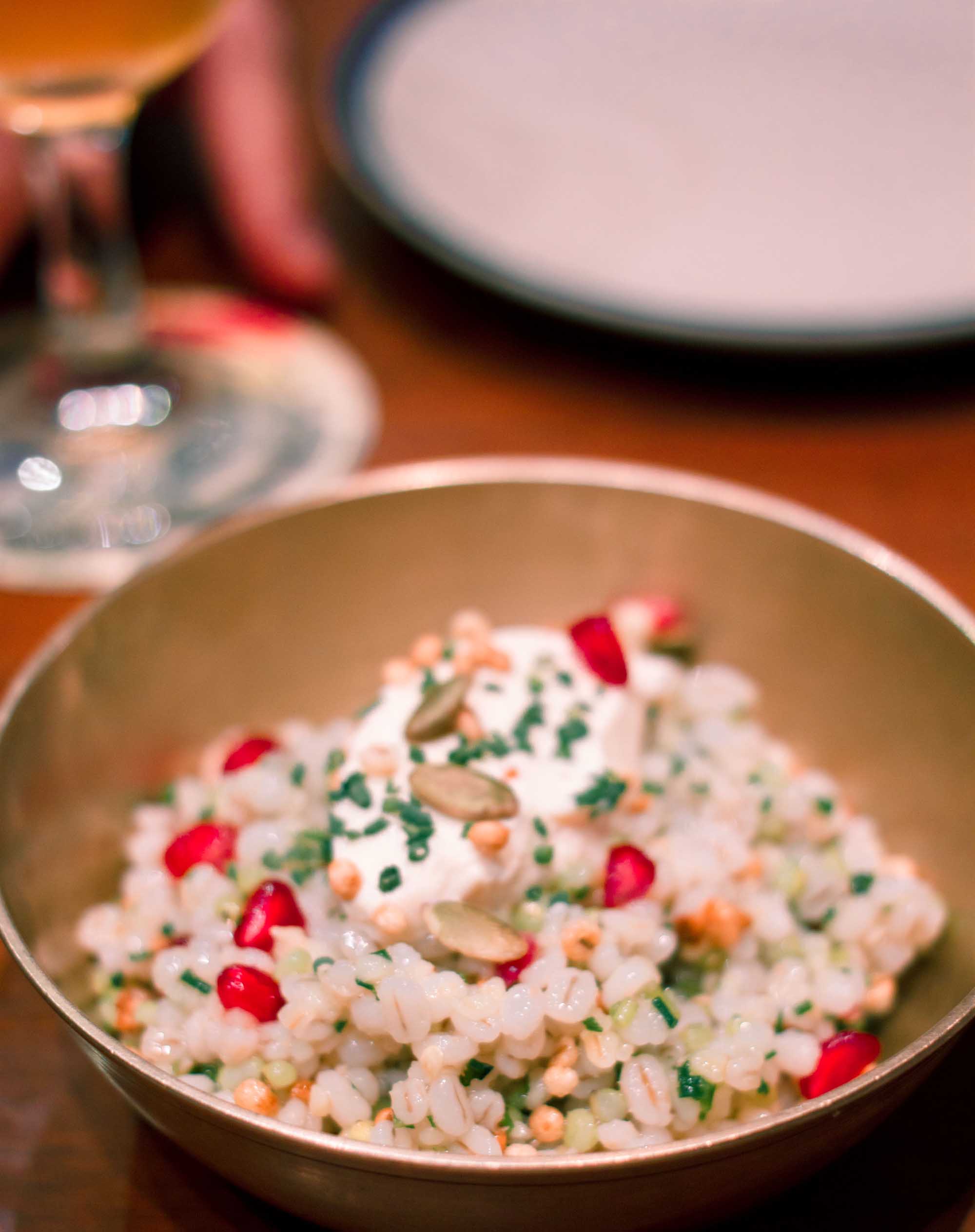 While heading to the Bombay Canteen can certainly be a trek from South Mumbai — it took me over an hour ride by Ola — the inventive menu by four-time James Beard Award nominee Chef Floyd Cardoz and Executive Chef Thomas Zacharias (and creative cocktails for adults) make it all worthwhile. Earning the #1 spot on CNTraveller’s 2018 list of best restaurants in the country, the menu showcases contemporary dishes from all over India with inventive takes on classics like the famed Mumbai dish, Eggs Kejriwal and Arbi Tuk, a savory Sindhi chaat. There’s also a special kids menu and a play area to keep the little ones entertained. 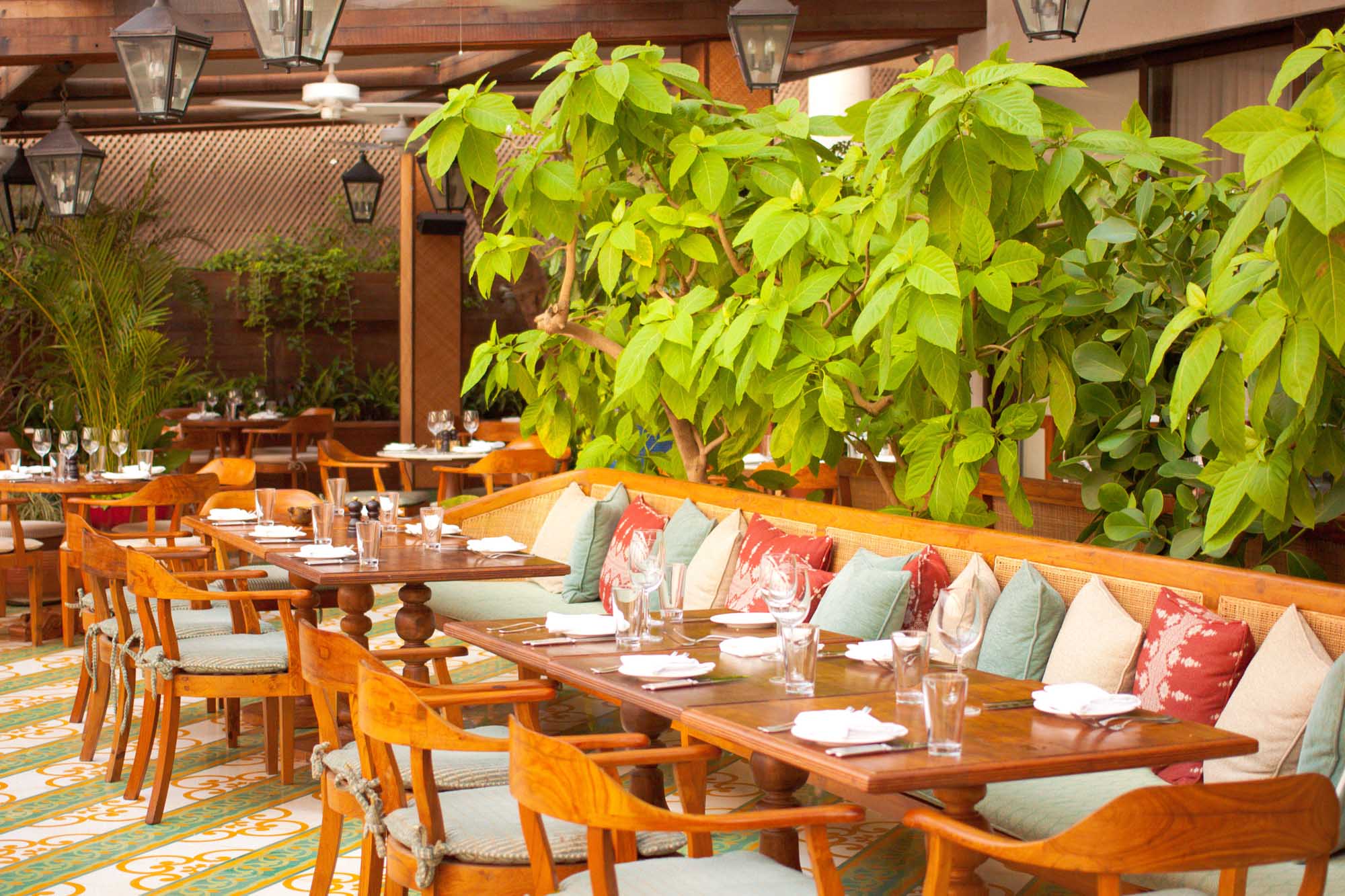 Traveling with some picky eaters? Italian food, no matter where in the world, is always a safe bet. Head to Cecconi’s at the exclusive Soho House in Juhu for some sea views — it offers a relaxed, al fresco terrace overlooking the beach — celeb sightings, and best of all, traditional Venetian fare.

Consistently ranked as one of the top restaurants in Mumbai for Chinese food, San:Qi at the Four Seasons delivers all that and more with a well-rounded Pan-Asian menu. From dim sum and fresh sashimi to Thai curries and Indian naan, the menu offers something for everyone, even the pickiest of eaters. Bonus points to the attentive staff, special kids menu, and option to have the kids babysat while the adults eat. 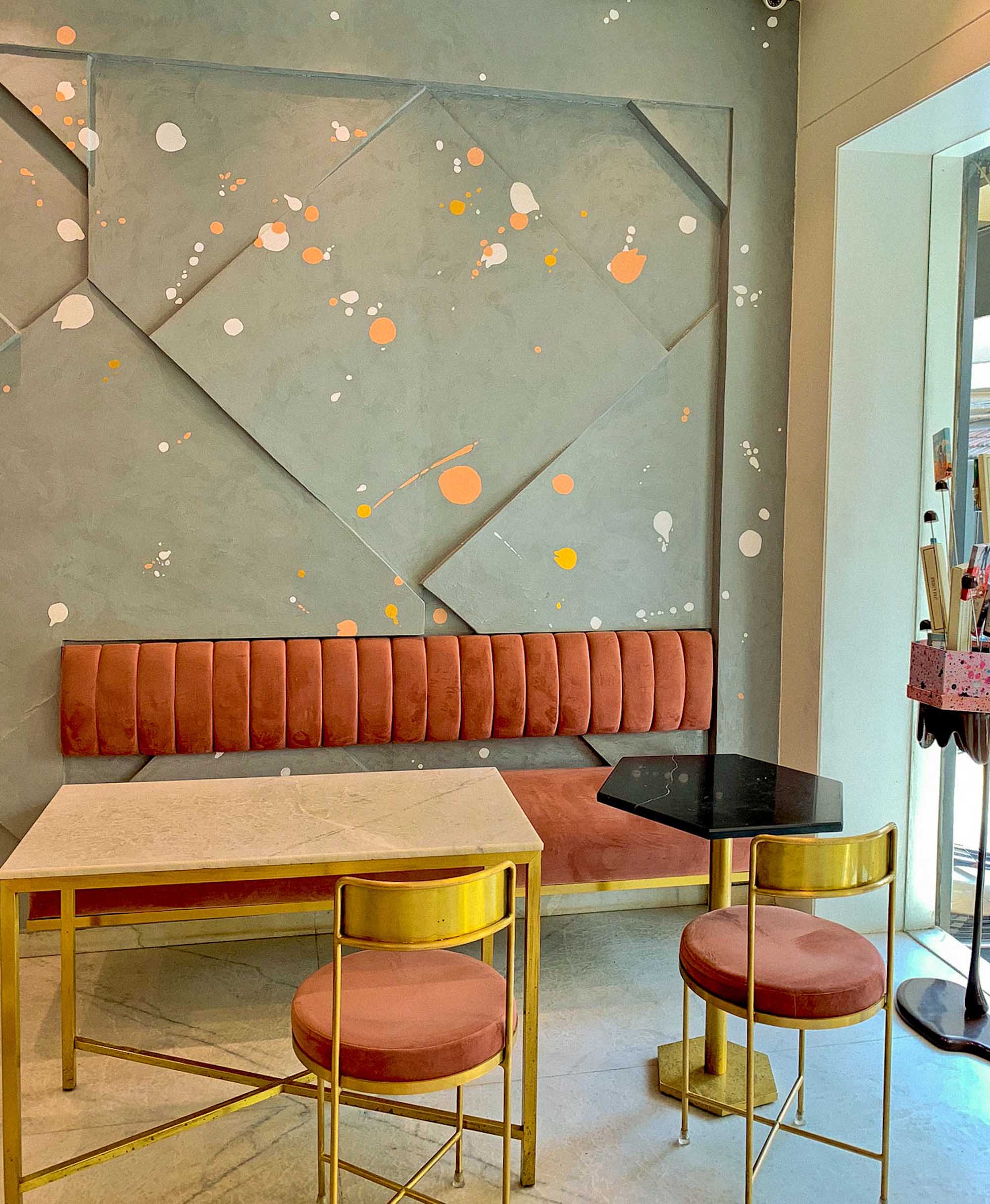 For a sweet treat, the cozy La Folie Patisserie located on a narrow street in Kala Ghoda has your family covered. Founded by female pastry chef, Sanjana Patel, the Mumbai-based patisserie offers everything from decadent pastries and bite-size chocolate squares to seasonally-flavored macarons and an affogato bar.

Fancy a souvenir? They recently launched a line of chocolate bars with Instagram-worthy packaging. 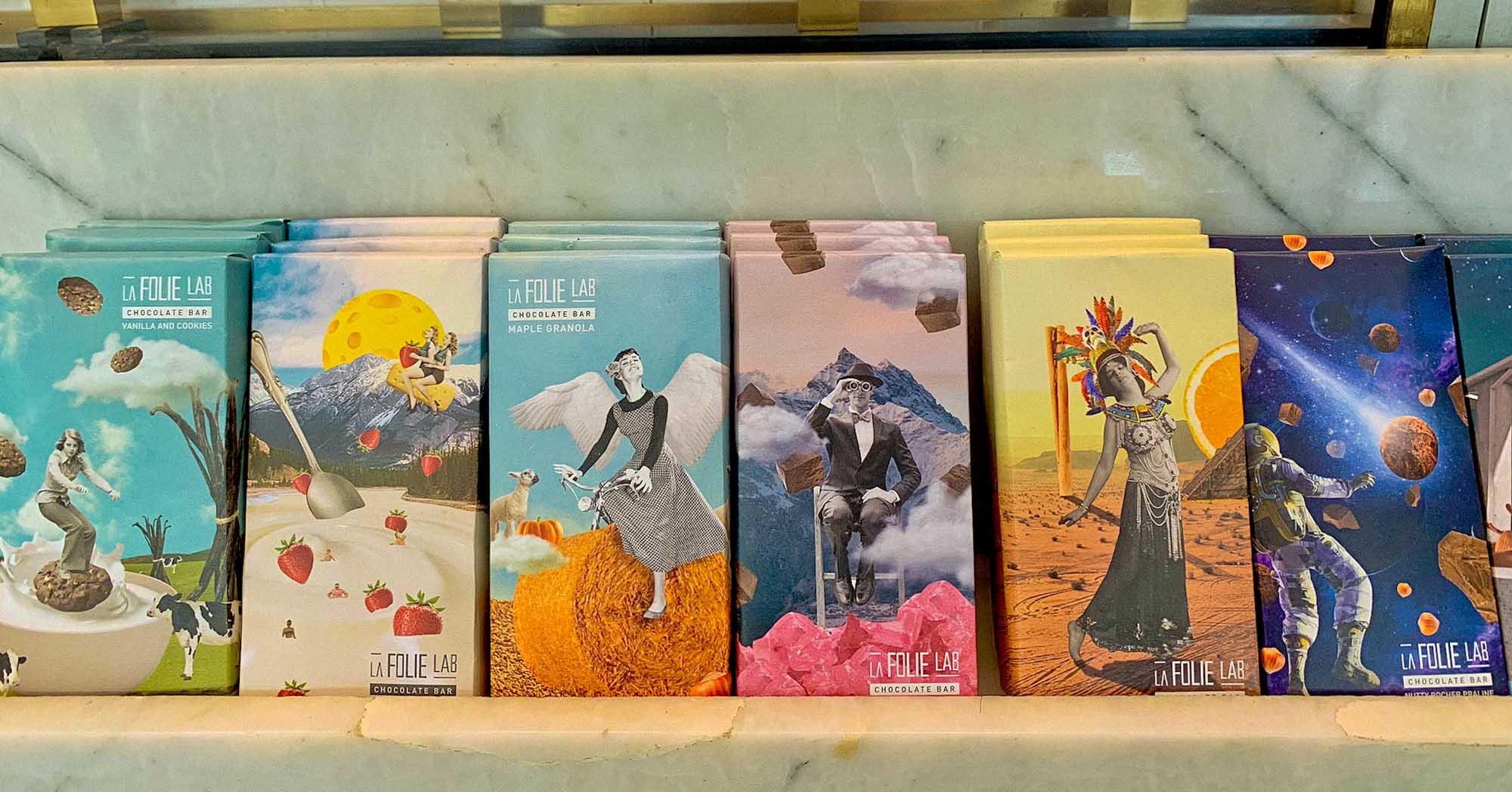 From the roadside vendors along MG Road to the bespoke boutiques in Kala Ghoda, there’s no doubt that Mumbai is a shopper’s paradise. If you’re looking for bargain deals (the key is negotiating), the vendors along Colaba Causeway — a stretch of commercial street in South Mumbai — sell everything from shoes to jewelry and shawls to vintage knick knacks. 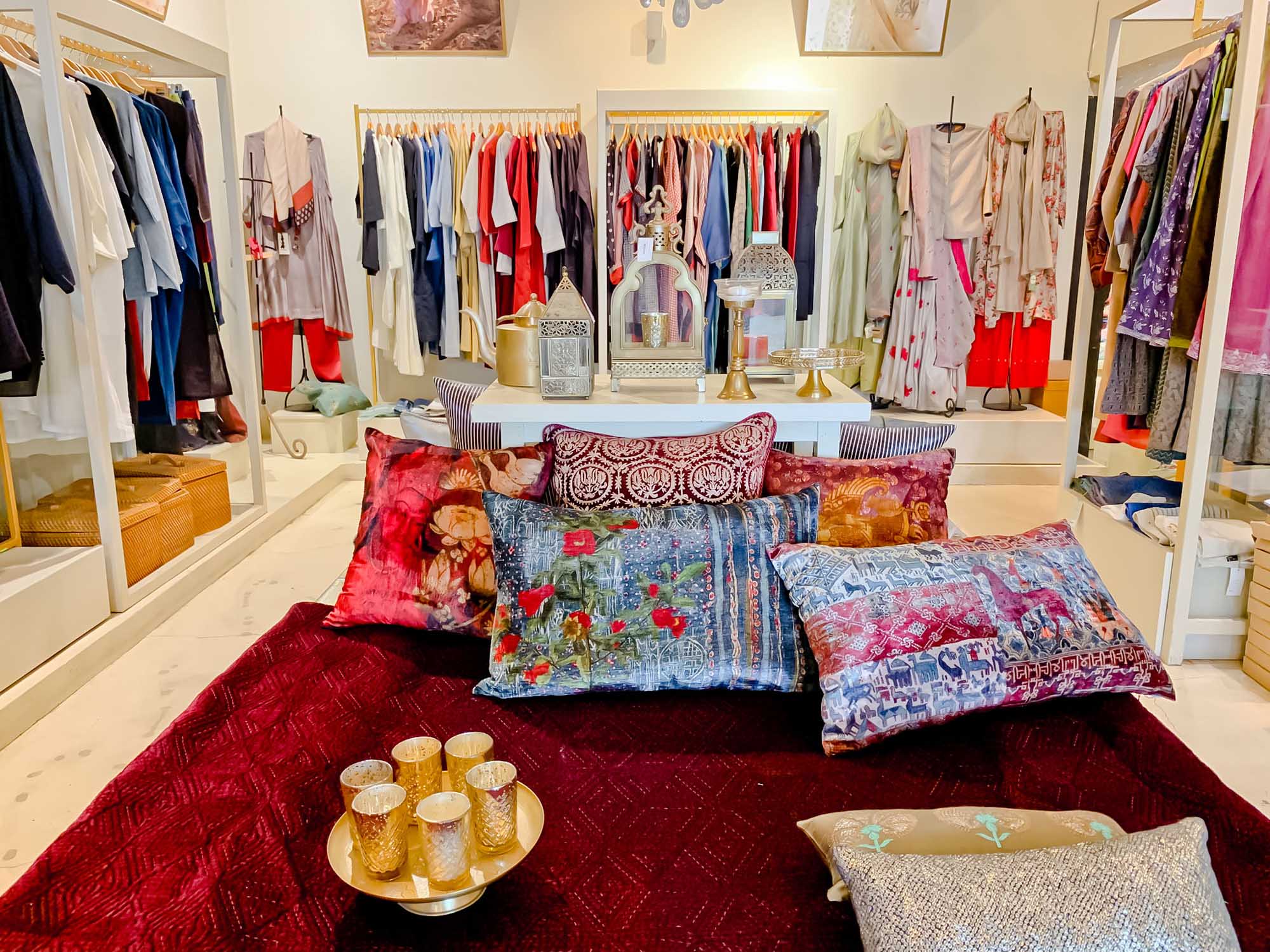 There has been a surge in sustainable fashion in Mumbai with boutiques like Good Earth and Obataimu changing the shopping game by focusing on sourcing eco-friendly fabrics and supporting artisanal craft communities. For the savvy thrifter, No Borders in Khotachiwadi focuses on a mix of one-off vintage pieces and indie designers from around the world.

The Bombay Store in Fort offers everything you may want or need in terms of home goods, linens, and well-crafted souvenirs.

Summers in Mumbai are hot and unbearably humid, while the monsoon season usually brings heavy rainfall, and with it flooding and traffic jams. The best time to visit this chaotic city is during the winter months — November to February — when the temperatures are relatively cooler.