“Lennon Love Akins was born at 8:30 AM on February 10th! It was such a joy to watch this little angel be brought into the world,” the country singer, 29, announced via Instagram on Tuesday, February 11. “My wife is just incredible through the entire birth🙌🏼 watching our kids meet Lennon for the first time was probably the sweetest thing I’ve ever seen in my whole life! Ada James and Willa Gray are going to be the best big sisters on the planet. The Lord is so good and I’m so grateful for my beautiful growing family!! Y’all pray for us as we switch from man on man defense to zone.”

Akins, 30, wrote in her post, “Our early Valentine baby was born yesterday, February 10th and her sisters couldn’t be happier to finally get to kiss her little face 🥰 Lennon Love Akins 💕 9lbs 2oz of lovveeee with lots of dark hair and blue eyes 💙 we could not be more in love.”

The couple also shared a series of photos of their family of five in the hospital after Lennon’s arrival. 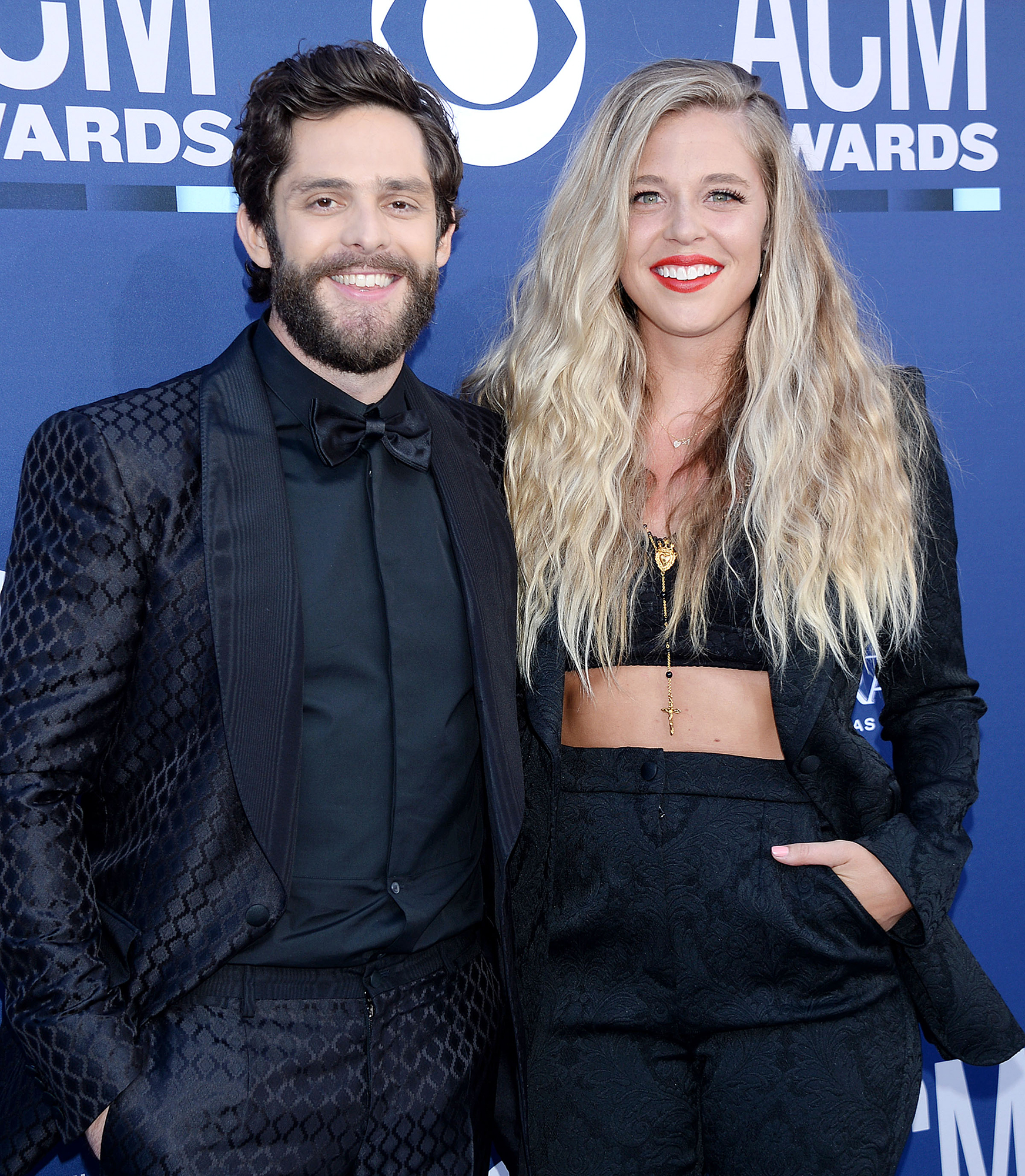 Rhett announced in July 2019 that he and the University of Tennessee graduate had a little one on the way. This news came two years after they adopted Willa Gray, now 4, in 2017, and welcomed Ada James, now 2, three months later.

“Excited to share that I will now be paying for 3 weddings,” the Academy of Country Music Award winner captioned his Instagram reveal at the time. “I feel so blessed to say that our third child is on the way and it’s a girl!! I love you so much @laur_akins. WG and AJ, y’all are gonna be the best big sisters! Bring on the crazy.”

The then-pregnant star posted a picture to her own social media account, writing, “We decided we didn’t have enough princess dresses around the house so we’re adding another Akins baby girl to the family early next year. Despite Thomas Rhett’s initial shock (swipe to see video) we are absolutely over the moon for our baby girl! Our girls cannot wait to meet their little sister. [They] love to touch my belly and talk to her – especially bc I’ve been showing since I was SEVEN weeks. So it feels like we have been hiding this secret for an ETERNITY.”

The couple, who have known each other since elementary school, wed in October 2012. “You will forever be my favorite person on the planet,” Rhett wrote to Akins on Instagram for their sixth anniversary.

At the 2018 Grammy Awards, he opened up about their family plans to Us Weekly exclusively. “In a perfect world, [Lauren] would want five,” the “Die a Happy Man” singer said. “I would be good with three, so we’ll probably have five.”