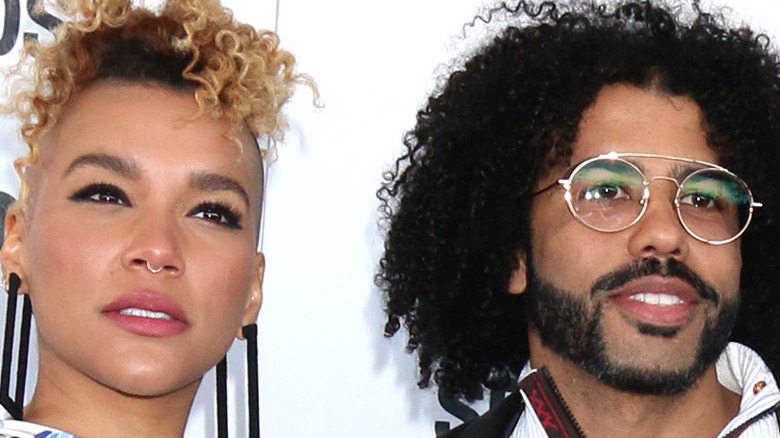 Daveed Diggs has been featured in television shows like “Black-ish,” “BoJack Horseman,” “Star Wars Resistance,” and “Snowpiercer,” but he is known best for portraying Marquis de Lafayette and Thomas Jefferson in Lin Manuel Miranda’s “Hamilton” (via IMDb).

His romantic partner, Emmy Raver-Lampman, has been in series such as “American Dad!” and “Jane the Virgin,” and she plays Allison Hargreeves on “The Umbrella Academy” (via IMDb). She was also an ensemble member of the “Hamilton” cast and an understudy for all three lead female roles, meaning these two worked together and then became a couple, but kept their relationship lowkey.

Diggs hinted at the two living together during an interview in June 2020, but it was officially confirmed the following month when they attended a red carpet event together in matching masks (via Elle).

So where do the pair live together? Well, Diggs and Raver-Lampman gave Architectural Digest a tour of their eclectic Los Angeles home in March 2021, which came to life with help from interior designer Mandy Cheng. “Every time I showed up, there seemed to be some sort of surprise waiting for me,” Diggs shared. “Whole sections of our home were being created without me — yet clearly with me in mind.” 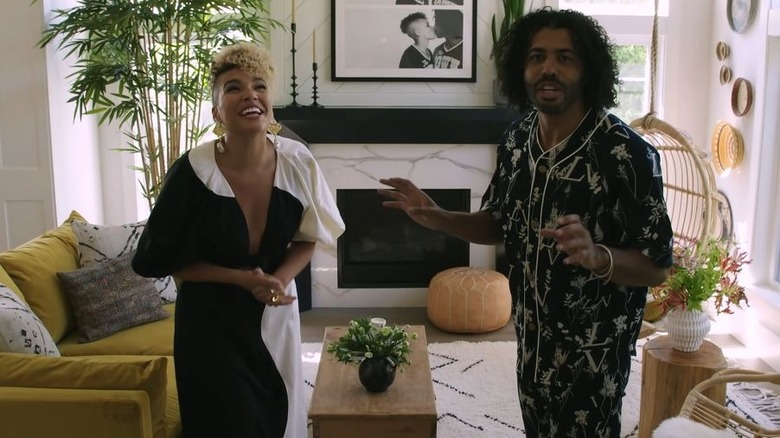 Emmy Raver-Lampman and Daveed Diggs moved into this LA home two years ago, along with their precious dog, Luna. The house represents them well, with unique and artistic touches.

Lots of space and seating is important. In addition to cozy couches and plentiful barstools, there are hanging basket chairs and a custom-made ottoman, which was crafted from a rug Diggs’s mother brought back from Peru for the couple. Under the stairs, there lives a glassed-in record room; along the stairs, a runner has been made by fusing together different types of rugs. Another fun piece is by the front door: an antique punch card clock, with actual punch cards that their friends can sign when they visit.

There are many interesting pieces of artwork, as well, including drawings of the Obamas sitting on sandwiches, which are proudly displayed in Diggs and Raver-Lampman’s bedroom. The outside area is just as impressive. Originally, it was all grass, but this couple transformed it into an oasis, with a pool, cabana, deck, and fire pit.

The home clearly has touches of both creatives, which makes for a happy and loving sanctuary.