Surprise! Ciara announced that she is pregnant with baby No. 3, her and husband Russell Wilson’s second child together.

“Number 3,” the singer, 34, captioned her Thursday, January 30, Instagram reveal. In the baby bump debut, the Texas native struck a pose while standing on rocks.

The actress gushed about her son and daughter in November, telling PureWow: “Motherhood has just shown me there’s really nothing we can’t do as women. I feel really empowered having my kids in my life. By far, my greatest accomplishment is having them. … I can’t even imagine my life without them. Life without them was not as good as it is with them.”

Sienna and Future Jr. “motivate” her, the Game alum went on to say. “I hope that my kids can look at me and say, ‘Anything is possible. Mommy went after what she wanted to achieve and she did it,’” she explained to the outlet. “Hopefully, I can pass down those nuggets of inspiration to them to go after what they want to do in their lives.” 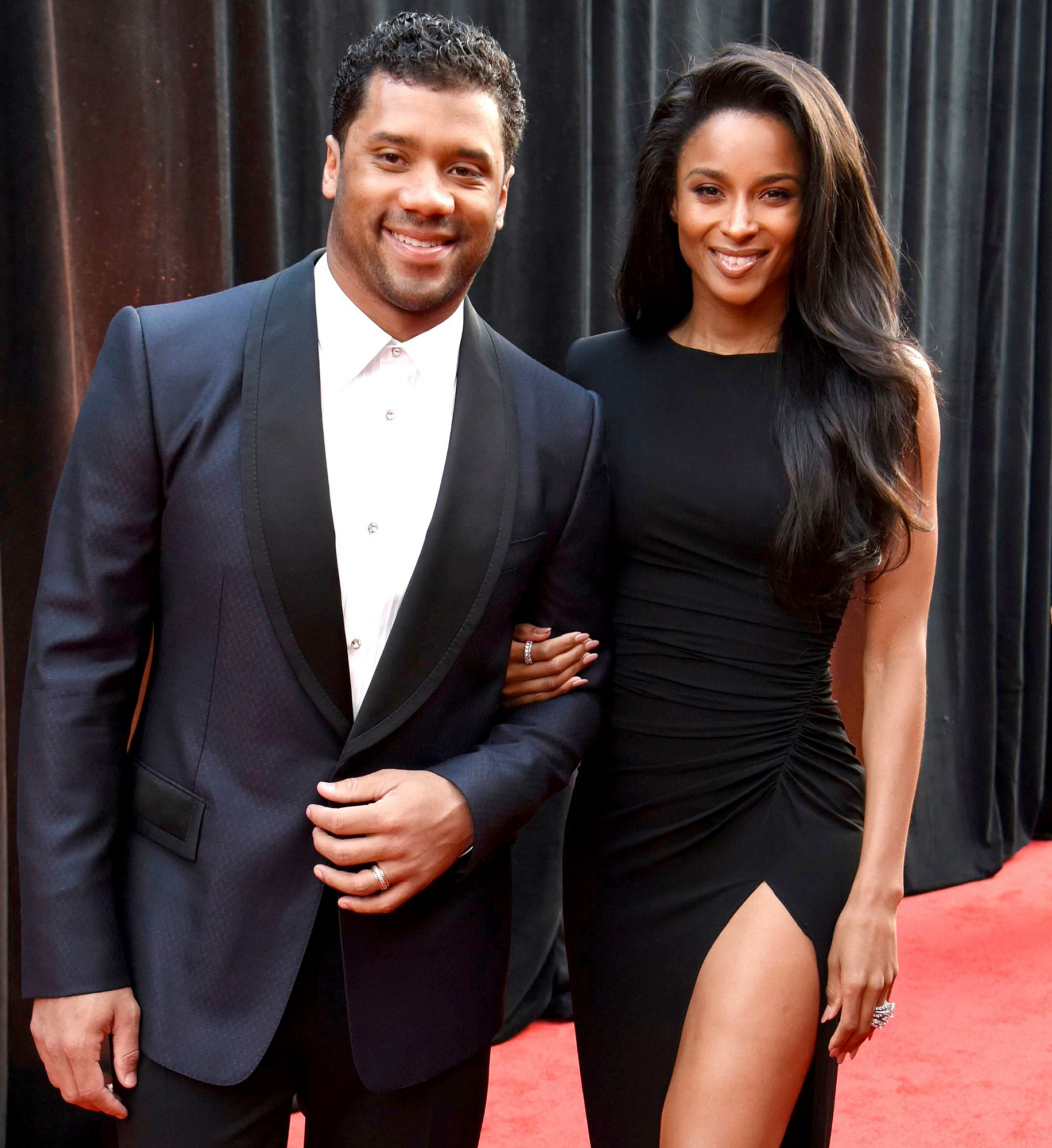 She and the Seattle Seahawks quarterback tied the knot in July 2017 in England following their March 2016 engagement. The couple maintained a vow of celibacy ahead of their nuptials.

“We’re hanging in there. I’m not gonna lie,” Ciara said prior to Wilson’s proposal. “I’m human, so it is not easy, especially when I look at him and I think he is the most beautiful thing I’ve ever seen — that I’ve ever laid my eyes on, to be honest. I’m like, ‘Look the other way!’”

The dancer was previously engaged to Future, 36, but split from the rapper in 2014.