Despite all of her preparation, Alanis Morissette is battling postpartum depression for the third time following her son Winter’s August birth.

“There is so much more support this time,” the singer, 45, wrote on her blog on Sunday, October 6. “I knew better so I set it up to win as much as I could beforehand. Support. Food. Friends. Sun. Bio-identical hormones and SSRI’s at the ready. Some parts of the care-prep have been a godsend, and well-planned. But for all of this preparation. PPD is still a sneaky monkey with a machete working its way through my psyche and body and days and thoughts and bloodwork levels.”

The Grammy winner went on to write, “I have stopped, this time, in the middle of it. Lord knows I don’t want to miss a thing with my kids. With this funny jewel-colored life. With these miracles all around me. And lord knows I am showing up to serve and love and honor all that means so much to me.” 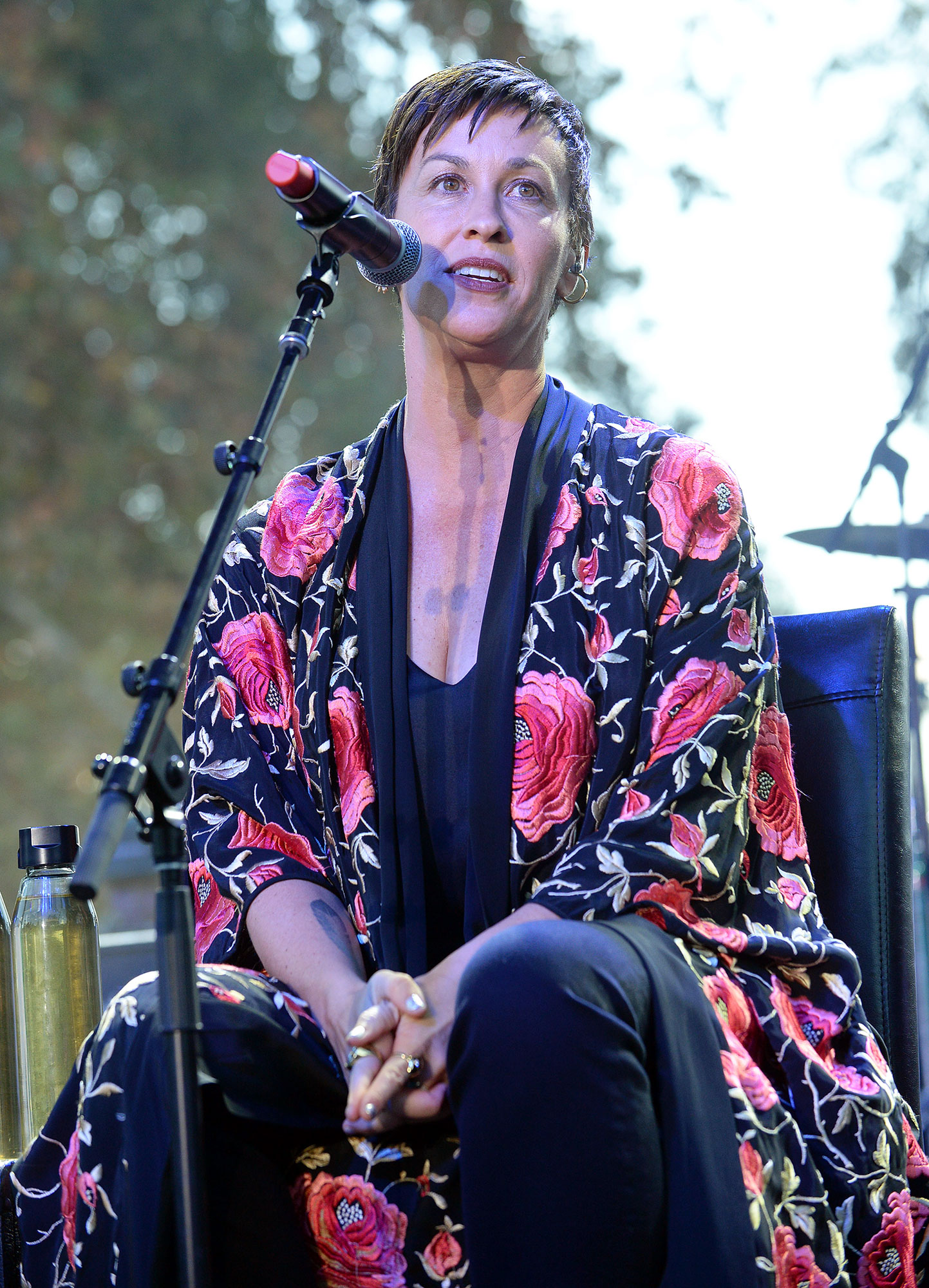 While pregnant with her and her husband Mario “Souleye” Treadway‘s third child, the “Ironic” singer opened up about her previous experiences with postpartum depression after welcoming son Ever, 8, and daughter Onyx, 3.

“Not singularly relying on myself to diagnose myself is key,” she explained to Self in June. “Because the first time around, I waited. … Now this time, I’m going to wait four minutes. I have said to my friends, ‘I want you to not necessarily go by the words I’m saying.’ As best as I can, I’ll try to be honest, but I can’t personally rely on the degree of honesty if I reference the last two experiences. I snowed a lot of them as I was snowing myself.”

Now that her family’s latest arrival is two months old, Morissette is reminding herself that she has “been here before” and knows “there is another side,” she wrote in Sunday’s blog.

“The other side is greater than my PPD-riddled-temporarily-adjusted-brain could have ever imagined: as a mom, as an artist, as a wife, as a friend, as a collaborator, as a leader, as a boss, as an activist,” the Ottowa, Canada, native wrote. “I saw how things got richer after I came through it the last two times. I have my eye on that prize again even as I drag my ass through the molasses.”

Although Morissette doesn’t think she will “remember typing” her blog post, she admitted, “That is entirely OK.”