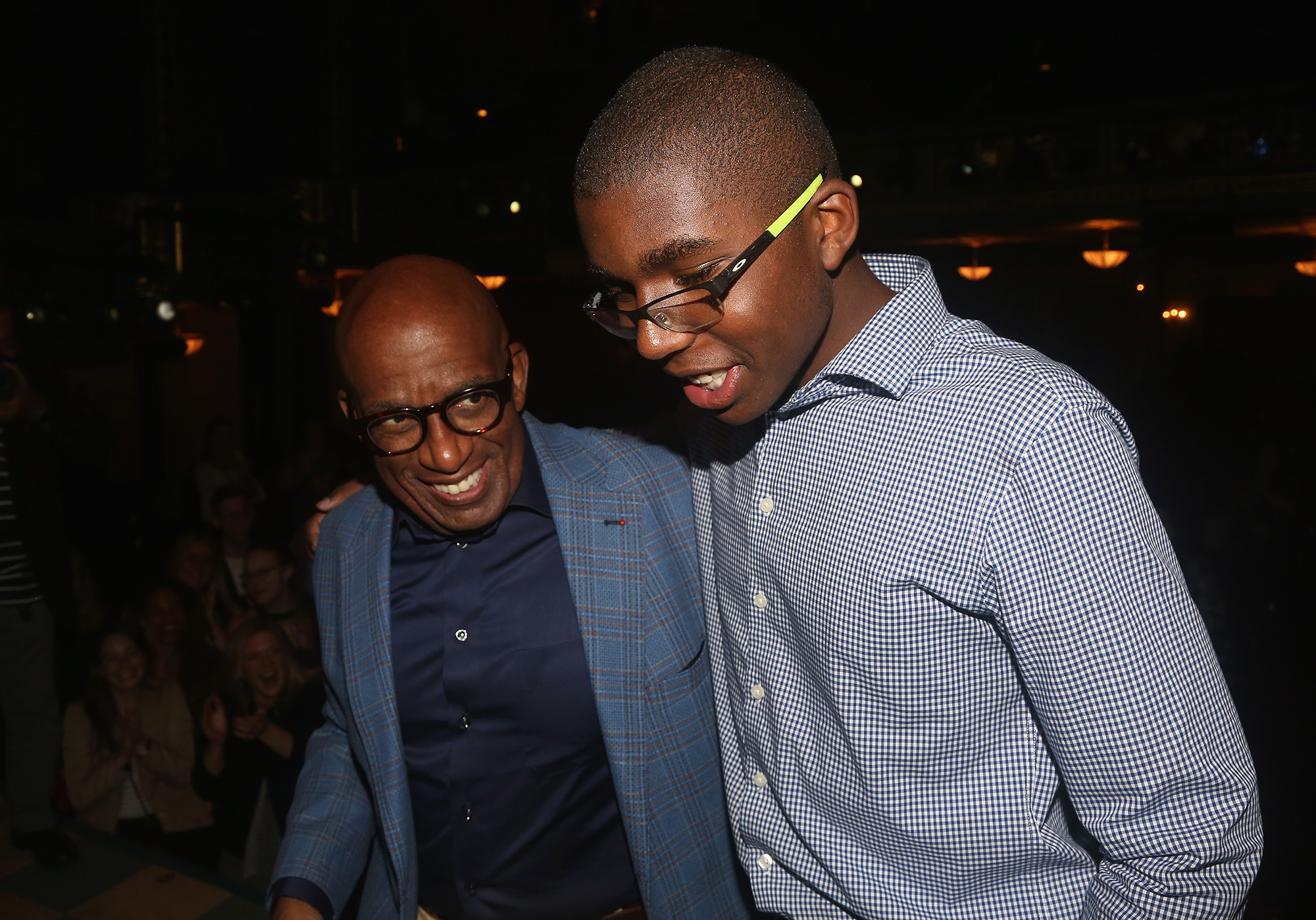 Full of admiration! Al Roker couldn’t be prouder of his 17-year-old son, Nick.

“He’s one of those people that doesn’t let anything stand in his way,” the Today anchorman, 64, told Us Weekly exclusively at the Figure Skating in Harlem’s 2019 Champions in Life Benefit Gala on Monday, April 29. “I don’t think he acknowledges whatever issues he’s got. ‘I’m just going to do this.’ [It’s] so great.”

When it comes to spending time with his teenager, the meteorologist likes doing “the average stuff.”

“Last night, we went to go see the Avengers: Endgame [movie],” Roker told Us. “You know, you’re in a movie, it’s not a lot of talking, but you’re together and then talking about it afterwards.”

The weather anchor opened up about raising Nick, who has special needs and is “somewhere on the spectrum and maybe obsessive-compulsive,” in Guideposts magazine’s May cover story.

“Nick blossomed, far more than Deborah or I could have ever expected, given his original iffy prognosis,” the weather anchor wrote. “I can’t begin to take credit for who Nick is and who he might become. All sorts of specialists can tell you about limitations for this and that. Nick never got that message.”

The NBC personality added: “Nick is a hard worker; he’s got a great sense of humor; he’s outgoing and a good swimmer; he’s developing a pretty good top-of-the-key basketball shot. He takes chess lessons a couple times a week, and he does OK. He’s also very affectionate — like his grandfather — and full of love to share.”

With reporting by Lexi Ciccone