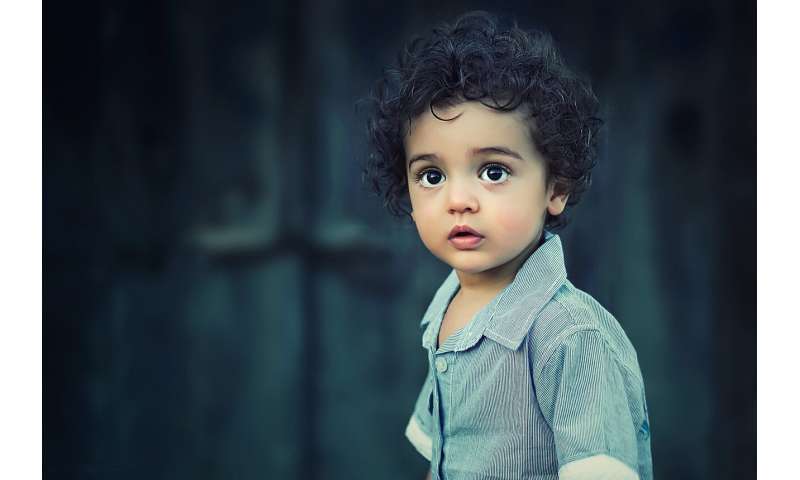 Just like adults, children by the age of 5 make rapid and consistent character judgements of others based on facial features, such as the tilt of the mouth or the distance between the eyes. Those facial features also shape how children behave toward others, according to research published by the American Psychological Association.

“For centuries, philosophers, scientists and people in general have recognized that facial features fundamentally shape how we judge and behave toward others, yet most of that has been based on intuitions of how adults behave and perceive,” said Tessa E.S. Charlesworth, MA, of Harvard University and lead author of the study in the journal Developmental Psychology. “What is surprising is that children, from such a young age, are also swayed by relatively arbitrary facial features in their consequential judgments and behaviors.”

Previous research has found that children as young as 3 make decisions about a person’s character traits, such as trustworthiness, dominance and competence, by looking at their facial features, according to Charlesworth.

Although these snap judgments based on a person’s facial features may not be accurate or fair, research has shown they can have real-world consequences in elections, hiring and the harshness of criminal sentencings, said Charlesworth. These consequences, however, have so far only been shown among adults looking at others’ faces. Whether these consequences also appeared in the behavior of children was, until the present study, unknown.

“Our study showed that children from age 5, but not younger, appear to consistently use facial features in deciding how they should behave toward a person as well as their expectations of the other person’s behavior,” she said. “In other words, children’s judgments from faces do appear to have consequences for behavior.”

The researchers conducted a series of four experiments with nearly 350 children between the ages of 3 and 13. Some experiments also included samples of adult participants because Charlesworth and her colleagues wanted to compare children’s evaluations of faces with results from adults.

In the first set of experiments, the researchers explored whether children would be able to predict what type of behavior would be associated with a specific face. The children and adults looked at pairs of computer-generated faces that were designed to be perceived as trustworthy or untrustworthy, dominant or submissive and competent or incompetent. Participants were asked questions as the faces appeared on the screen, such as which person they thought was “mean” or “nice” and which person they thought would “pick up heavy things” or “know how to sing a lot of different songs.” One of the experiments also used faces with even more subtle features.

“This shows that children from as early as kindergarten use facial appearance to determine meaningful judgments and expectations of others’ behavior,” said Charlesworth.

A second set of experiments examined how children would behave toward people based on facial appearance. The participants looked at pairs of faces that were perceived to be trustworthy- or untrustworthy-looking and dominant- or submissive-looking and asked to pick which person they would rather give a gift to (e.g., “This is Edgar, and this is Martin. If you had only one cookie, which person would you give it to?”).

Charlesworth and her colleagues believe that it may take an additional two years for children to make judgments about behavior from facial appearance because behavior judgments are complex and may require more life experience. However, understanding why and how children develop these beliefs and expectations and why they are maintained into adulthood are important topics for continued research, Charlesworth said.