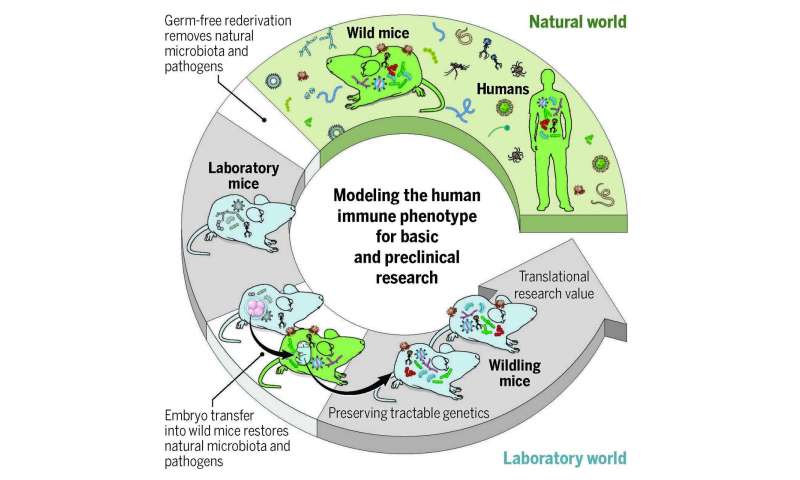 Researchers at the National Institutes of Health developed a new mouse model that could improve the translation of research in mice into advances in human health. The mouse model, which the scientists called “wildling,” acquired the microbes and pathogens of wild mice, while maintaining the laboratory mice’s genetics that make them more useful for research. In two preclinical studies, wildlings mirrored human immune responses, where lab mice failed to do so. Led by scientists at the NIH’s National Institute of Diabetes and Digestive and Kidney Diseases (NIDDK), the study published online in Science.

“We wanted to create a mouse model that better resembles a mouse you’d find in the wild,” said Barbara Rehermann, M.D., chief of the Immunology Section in NIDDK’s Liver Diseases Branch and senior author on the study. “Our rationale was that the immune responses and microbiota of wild mice and humans are likely shaped in a similar way—through contact with diverse microbes out in the real world.”

Microbiota refers to the trillions of tiny microbes, such as bacteria, fungi, and viruses, that live in and on the bodies of people and animals and play a critical role in keeping immune systems healthy. Unlike squeaky clean lab mice raised in artificial settings, wild mice have developed symbiotic relationships with microbes they have encountered in the outside world—just as people have done. 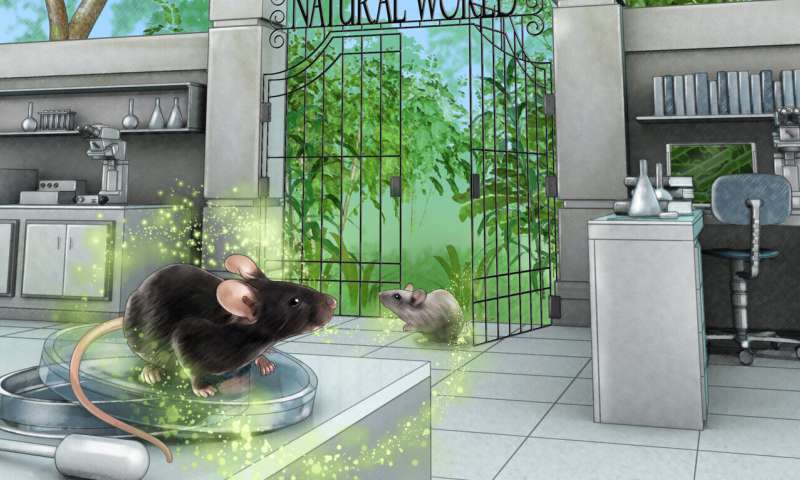 In the current study, they transplanted embryos of the most commonly used strain of laboratory mice for immune system research into female wild mice, who then gave birth to and raised wildlings. The researchers and their collaborators compared the microbiota of the wildlings, wild mice and lab mice. They found that the wildlings acquired the microbes and pathogens of wild mice and closely resembled wild mice in their bacterial microbes present at the gut, skin, and vagina, as well as in the number and kinds of fungi and viruses present.

“A healthy microbiome is important not only for the immune system, but also for digestion, metabolism, even the brain,” said Rosshart, who recently completed his fellowship in NIDDK and will open a new lab in Germany. “The wildling model could help us better understand what causes diseases, and what can protect us from them, thus benefitting many areas of biomedical research.”

Finally, the researchers tested how well the wildlings could predict human immune responses. To do so, they drew from two studies where drugs used to target immune responses were successful in treating lab mice in preclinical trials but consequently failed to have therapeutic effects in humans. In the current study, the researchers treated wildlings and lab mice with the same drugs. The wildlings, but not the lab mice, mimicked the human responses seen in clinical trials.