Why we’re looking for cancer clues in urine

For the last 19 years, I have been looking for proteins in the body that could help stimulate the immune system to kill cancer. And my colleagues and I have now discovered that one of these proteins could also be used to diagnose ovarian cancer much earlier than was thought possible. If it could be used in a simple urine test, it could pave the way for survival rates to increase from around 20% to as much as 90% for patients who have this protein in their wee.

These proteins are known as antigens, meaning they are recognised by the immune system. My interest in these proteins has earned me the nickname “the antigen miner” from grant reviewers. I have looked for antigens in leukaemias, lymphomas, colon cancer and, most recently, ovarian cancer.

The biggest discovery I have worked on was the realisation that a cancer-specific antigen can also provide insights into how cancer starts and develops. Some of these proteins can even indicate how long a patient is likely to survive.

In these cases, we call the proteins “biomarkers”. They can also indicate the best treatments for someone’s cancer by telling clinicians which type of cancer someone has or by indicating what is the best treatment. This could improve the chances of patient survival and prevent time and money being wasted on treatments that are unlikely to work and only offer harsh side effects. 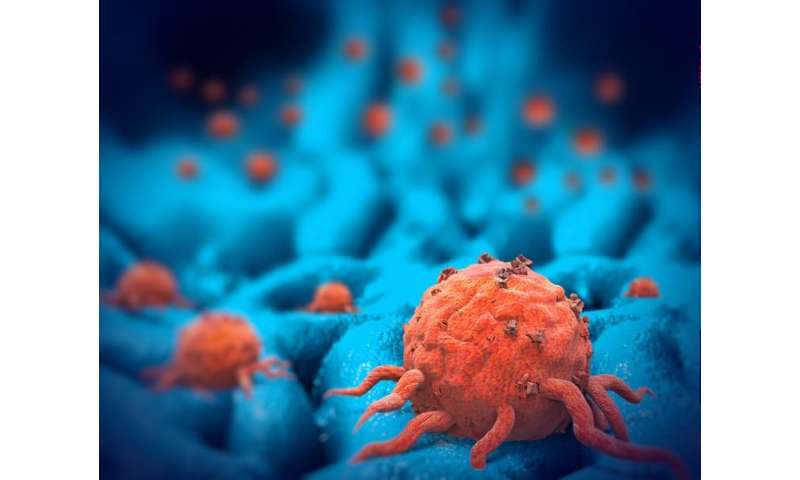 My favourite type of biomarker is one that could help us diagnose cancer sooner, and early diagnosis can make a huge difference to survival rates. Most ovarian cancer is diagnosed when it has reached stage III, when five-year survival rates are less than 20%.

But if we could diagnose patients earlier, in stages I or II, using a non-invasive urine test, that could massively increase patient survival, because we’d be treating patients while the tumour was small and more responsive to the treatment. In fact, the survival rate for patients with stage I of the disease is around 90%.

We realised that cancer-specific antigens could also be biomarkers because we looked at some of the antigens we had found and, with help from my colleague Professor Ken Mills, noted how some were associated with patient age, sex, disease subtype and survival. This has led us to identify one specific biomarker as a sign of ovarian cancer.

We’re now looking to see if we can find this biomarker in urine. It’s a small protein and may well be excreted in this way. If it is, then we could adapt a pregnancy test to detect the biomarker instead of pregnancy hormones. Then it could be used to provide a simple screening test for early stage ovarian cancer.