When working with animals can hurt your mental health 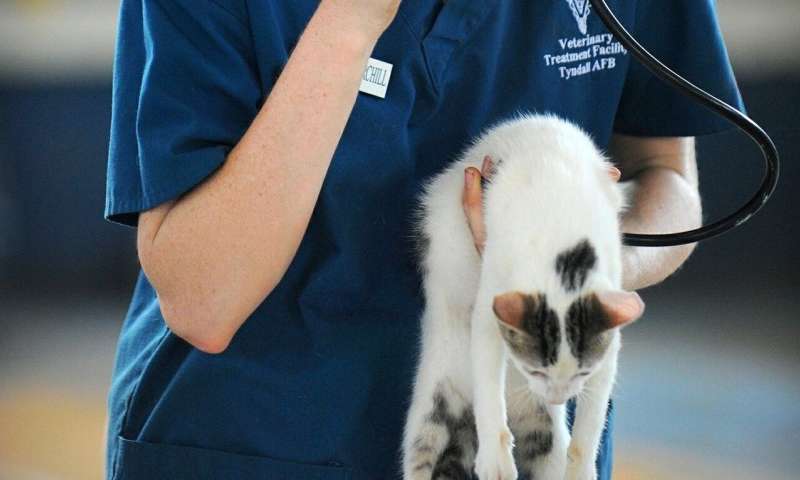 While it might sound like fun to work around pets every day, veterinarians and people who volunteer at animal shelters face particular stressors that can place them at risk for depression, anxiety and even suicide, according to research presented at the annual convention of the American Psychological Association.

“People who work or volunteer with animals are often drawn to it because they see it as a personal calling,” said Angela K. Fournier, Ph.D., of Bemidji State University, who presented at the meeting. “However, they are faced with animal suffering and death on a routine basis, which can lead to burnout, compassion fatigue and mental health issues.”

Veterinarians in particular are at high risk for death by suicide, according to a study from the Journal of the American Veterinary Medical Association, which found that from 1979 to 2015, veterinarians died by suicide between two to 3.5 times more often than the general U.S. population.

“Talking about veterinarian suicide certainly gets people to pay attention, but it does not tell the whole, nuanced story about what may be contributing to poor well-being in this population,” said Katherine Goldberg, DVM, LMSW, community consultation and intervention specialist at Cornell Health and Founder of Whole Animal Veterinary Geriatrics and Palliative Care Services, who also presented at the meeting. “More research is under way to help better understand why veterinarians might be at an increased risk, but a combination of personality traits, professional demands and the veterinary learning environment all likely contribute.”

Goldberg noted that vets also face economic challenges, as the average veterinary school graduate reported having more than $143,000 of school loan debt while earning a starting salary of just over an average of $73,000 annually in 2016.

“Personal finance concerns are stressful for many veterinarians, especially recent graduates, and at the same time, many clients regularly question the cost of care for their animals and may be suspicious that their vet is trying to ‘push’ services that their pet doesn’t need,” said Goldberg.

Goldberg described a multi-center study that looked at rates of adverse childhood experiences (a term used to describe all types of abuse, neglect and other traumatic experiences) in veterinary students, in an effort to understand what may be causing poor mental health among vets. However, veterinarians were not, on entry to the profession, more predisposed to poor mental health than the general population as a result of adverse childhood experiences, she said.

“This indicates that something is happening over the course of veterinary student training or once veterinarians are working to cause poor well-being outcomes,” said Goldberg. “Well-being education should be integrated into the veterinary curriculum, emphasizing resiliency behaviors and cultivating professional partnerships between veterinary medicine and mental health care.”

Substance use among veterinarians is also an understudied area. Veterinary medicine is the only medical profession in the U.S. that does not have a national monitoring program for substance use and mental health issues, she said.

While veterinarians who are dealing with mental health issues may exhibit symptoms common to all populations, such as sadness that interferes with daily activities or changes in appetite, there are a few specific warning signs to watch for in a clinical veterinary setting, according to Goldberg.

“Increased medical errors, absenteeism, client complaints and spending too little or too much time at work” are factors to watch for, she said. “For potential substance use issues, warning signs could include missing drugs or missing prescription pads.”

Goldberg believes there needs to be a paradigm shift in veterinary training to better prepare veterinarians not only for the animal-related aspects of their jobs, but the human elements as well.

“We need core curricular material that focuses on coping with the emotional demands of the profession. Mindfulness, moral stress, ethics literacy, grief and bereavement, mental health first aid and suicide awareness all have a role in veterinary education” she said. “Colleges of veterinary medicine that have embedded mental health professionals are a step ahead of those that do not, and I would like to see this become a requirement for all schools accredited by the Association of American Veterinary Medical Colleges.”

Fournier’s presentation looked at employees and volunteers in animal shelters or rescues, and animal welfare and animal rights activists, who are at risk for compassion fatigue and psychological distress.

“Animal welfare agents, as these people are often called, are exposed to animal abuse, neglect and oppression on a regular basis, as well as routine euthanasia that is common in these settings,” said Fournier.

Over 2.4 million healthy cats and dogs are euthanized each year in the U.S., most often homeless animals in shelters, according to the Humane Society of the United States.

“Shelter workers are then caught in a dilemma because they are charged with caring for an animal and they may ultimately end that animal’s life,” she said. “Research suggests that this causes significant guilt, which can lead to depression, anxiety and insomnia, as well as greater family-work conflict and low job satisfaction.”

Animal welfare agents may also hear gruesome stories of animal abuse or witness the consequences firsthand when they are rehabilitating the animals, which can cause a lot of distress and lead to compassion fatigue, said Fournier.

“Experts suggest that animal welfare agents carry an even heavier burden than those in other helping professions who are susceptible to compassion fatigue because of the issues unique to working with animals, such as euthanasia and caring for living beings who have experienced pain and suffering but cannot articulate their needs and experiences,” said Fournier.

Fournier suggested that psychotherapists who work with animal welfare agents offer patients strategies to reframe negative experiences, identify ways in which they get fulfillment and gratification from the work they do, and establish healthy boundaries between their work and personal lives.