FPIES is a non-immunoglobulin E (IgE) and cell-mediated food allergic disorder that is characterized by protracted and repetitive vomiting, as well as frequent diarrhea. As a result of these primary symptoms, individuals with FPIES often also present with dehydration, lethargy, pallor, hypotension, and certain metabolic disorders. 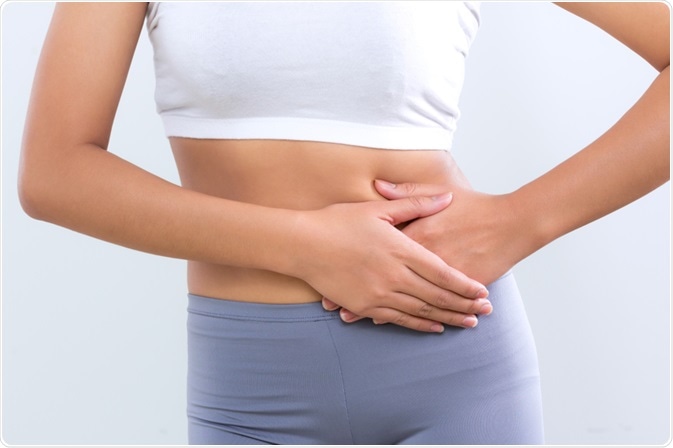 A brief history of FPIES

Some of the earliest reports of FPIES in the medical literature were described during the 1960s and 1970s. These reports detailed unusual cases of infants who presented with delayed enterocolitis between one and four hours after consuming several different food products including cow’s milk, soy, or rice.

About 50 years after these initial observations were made, the first International Consensus Guidelines for the Diagnosis and Management of Food Protein-Induced Enterocolitis Syndrome was published in 2017 by a workgroup of the American Academy of Allergy, Asthma & Immunology (AAAAI).

One year prior to the publication of this significant document, the first official FPIES International Classification of Diseases, Tenth Revision (ICD-10) code (K52.21) was enacted. This achievement was significant, as it enabled gastroenterologists and allergy researchers alike to perform large-scale chart review studies to better understand the epidemiology of FPIES, as well as where future prospective studies are most needed.

The 2017 guidelines on FPIES provided both a set of diagnostic criteria on FPIES, as well as the clinical phenotypes that can be associated with both acute and chronic FPIES, as well as atypical and adult FPIES subtypes.

The symptoms associated with acute FPIES are often seen between one and four hours after consuming trigger food products. Typically, the symptoms of acute FPIES arise intermittently or after a period of avoiding the trigger food. Taken together, acute FPIES reactions will resolve within 24 hours, with patients being normally healthy between these episodes.

The symptoms of acute FPIES, which may or may not be accompanied by diarrhea, can include:

Until recently, chronic FPIES was only reported in infants under the age of 4 months who were fed with cow’s milk or soy-based formula products. Aside from a few outlier cases, chronic FPIES has not been reported outside of early infancy.

Typically, chronic FPIES is characterized by frequent vomiting that is accompanied by diarrhea. As a result of these symptoms, which typically persist for several days to weeks, the affected infant will also typically suffer from poor weight gain or weight loss. Once the trigger food has been eliminated from the infant’s diet, the symptoms of chronic FPIES will typically resolve within a few days up to 2 weeks.

Chronic FPIES has not been found to arise due to the consumption of any solid food products. While this may be true, an infant with a history of chronic FPIES who is transitioning to solid foods may encounter additional food triggers for their chronic health condition.

Some of the factors that may help differentiate acute FPIES from chronic FPIES include:

When a patient presents with both a clinical history that is consistent with FPIES, as well as positive specific IgE (sIgE), atypical FPIES is likely the diagnosis. Patients with atypical FPIES will often experience a more protracted course of symptoms that take longer to resolve as compared to acute and chronic FPIES.

The presence of IgE sensitization in atypical FPIES can cause some patients to experience IgE-mediated food allergy reactions that may even lead to anaphylaxis.

Adult FPIES has only been recently described in the medical literature, as this condition was largely believed to only affect infants and very young children. The most common trigger foods for adults with FPIES include shellfish or fish; however, the list of these food products has continued to expand as this disease is better understood.

Since the official recognition of FPIES did not occur until recently, it is largely considered to be a rare condition. In fact, only about 1,000 cases of FPIES have been reported, with new cases ranging between 1 to 90 each year.

Although there is a general lack of studies on the incidence of FPIES, several studies point to a male predominance of FPIES that is similar to IgE-mediated food allergies. Furthermore, infants with FPIES also appear to have a higher incidence of atopic diseases including atopic dermatitis, asthma, allergic rhinitis, or IgE-mediated food allergies.

A family history of atrophy has been reported in 40% to 80% of infants with FPIES. However, there is a lack of information on whether parents of infants with FPIES previously experienced childhood or adult-onset FPIES, thereby limiting the potential of a familial association to exist in this condition.

After completing her Bachelor of Science in Toxicology with two minors in Spanish and Chemistry in 2016, Benedette continued her studies to complete her Master of Science in Toxicology in May of 2018.During graduate school, Benedette investigated the dermatotoxicity of mechlorethamine and bendamustine; two nitrogen mustard alkylating agents that are used in anticancer therapy.