We don’t have a cure for monkeypox virus, but the body can heal itself 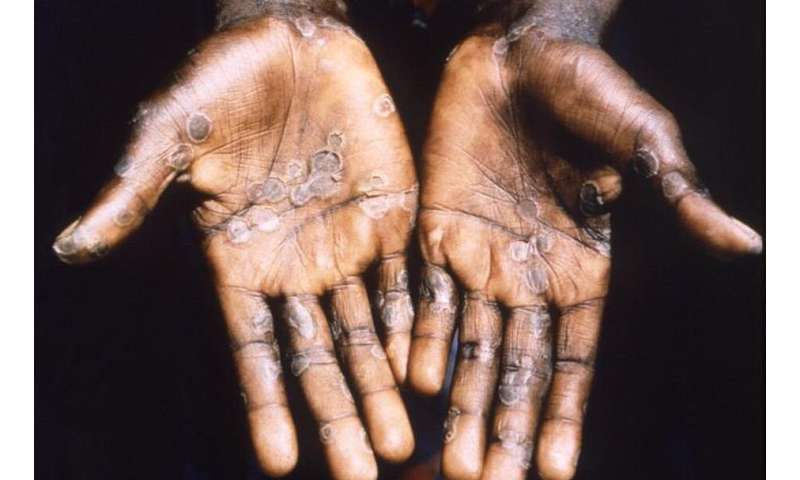 News of a recent case of monkeypox in Singapore has made countries in Southeast Asia wary about the spread of the disease.

There has not yet been any reported case in Asia outside Singapore. But we need to know about the disease that has plagued other countries, particularly in Africa.

Singapore is the fourth country, and first in Asia, where the monkey smallpox virus has infected humans. Cases were reported in the United States in 2003 and Britain and Israel last year.

This disease is very contagious and we have yet to find a cure. But the good news is the body can in most cases heal itself from the virus.

Where did it come from

Monkeypox is a virus that causes skin redness and vesicles, small sacs filled with fluid, which turn into crusts.

First discovered in 1958, this virus infected a group of monkeys that were the subject of research in Cameroon. The vector was African rodents such as mice. At first, this virus was known only in Central and West Africa.

After being bitten by rats with the virus, animals such as monkeys, cows, buffaloes, dogs and other mammals will be infected and show symptoms.

Reports of cases of infection in humans emerged only in the 1970s. A 9-year-old boy in the Democratic Republic of the Congo was initially suspected of being infected with smallpox but later proved to be infected with monkeypox. For three decades, the disease was limited to Africa. In 2003, the first cases outside Africa were reported in the United States in people who had been in contact with prairie dogs, a North American rodent.

Symptoms in the infected animals include runny nose, excessive tears, breathing difficulties and swollen lymph nodes accompanied by the presence of skin abnormalities. 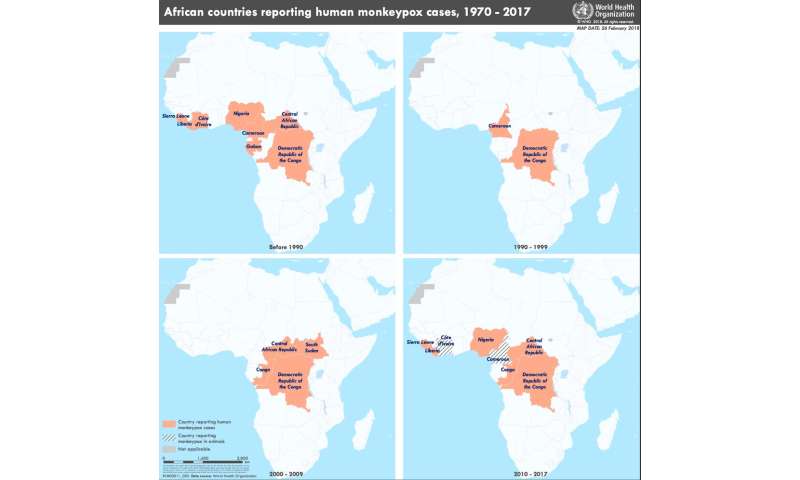 Humans can also get the virus by being bitten by infected African rodent or eating improperly cooked meat containing viruses.

The incubation period of this disease is very long, between five and 21 days. If someone is infected, they can unknowingly transmit the virus to those around them for three weeks.

The first symptom is fever, followed by skin abnormalities that first appear in the face area.

Infected patients must be quarantined because the skin disorder is very contagious. Nurses must use personal protective equipment.

Other symptoms include respiratory complaints and lymph node enlargement. The illness lasts from two to four weeks.

Can it be deadly?

The death rate due to infection by the monkey smallpox virus in humans is 1-10% in an outbreak.

Monkeypox infection in adults is usually mild and can heal itself. More severe conditions are found in children. Complications can include bacterial infections of the skin, pneumonia until breathing failure, damage to the eye lining, blindness, sepsis (inflammation of the entire body due to infection) and inflammation of the brain.

In countries were monkeypox has never been reported, the most important thing is to keep the virus from entering. Port health authorities should supervise every person entering their areas.

The easiest way to detect a case is by monitoring body temperature. People who have a high fever should be monitored and evaluated if they have skin abnormalities or other symptoms.