For the first time ever, scientists have shown that a hybrid nanomaterial based on magnetite-gold particles can serve as a universal platform to detect cancer cells anywhere in the body and to complete targeted deliveries of drugs to these cells. The discovery makes it possible to create and implement a completely new generation of cancer treatments in the coming years. The results of this fundamental research conducted at the intersection of physics, chemistry, biology and medicine have been published in Scientific Reports. The interdisciplinary collaboration of scientists led by Maxim Abakumov, a Candidate of Chemical Sciences and the Head of the NUST MISIS Biomedical Nanomaterials Laboratory, has developed a platform for simultaneous diagnosis and treatment of cancer.

“The aggregation of diagnosis and therapy at the cellular level—so-called theranostics—is now considered one of the most promising areas in modern medicine. Scientists now [have] to learn how to detect pathogenic cells at the earliest stage of the disease,” said Alevtina Chernikova, rector of NUST MISIS.

If these pathogenic cells are tagged with magnetic nanoparticles, they can be diagnosed with the help of magnetic resonance imaging (MRI) and subsequently destroyed by either a drug or a magnetic field that heats and kills cancer cells. 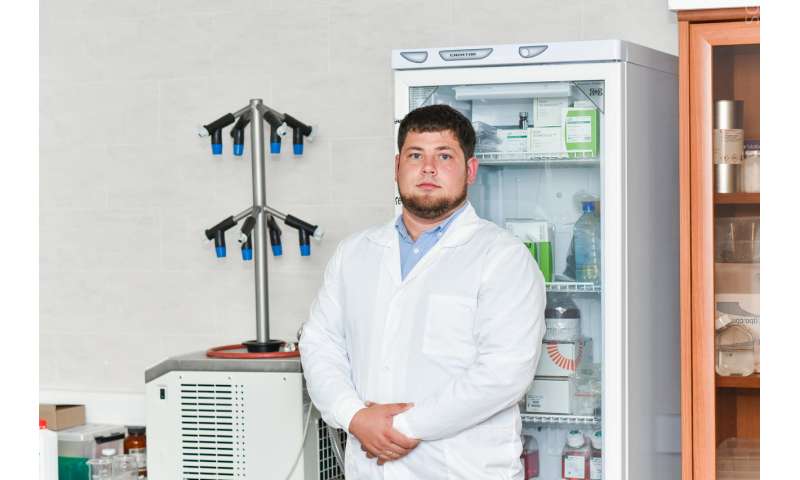 “We have managed to combine gold (Au) and magnetite (Fe3O4) nanoparticles into a hybrid that has both magnetic properties and is capable of carrying the drug [to a tumor]. It turned out as a kind of ‘nanodumbbell’ which could become a platform—a universal base—of future theranostics, and we have shown that in our research,” said Maxim Abakumov, one of the project participants, assistant professor at RNRMU, and head of the NUST MISIS Biomedical Nanomaterials Laboratory.

This man-made nanohybrid has been tested both in vitro and in vivo. Laboratory tests on mice with grafted tumors have already been completed.

“The article considers a model of a mouse breast tumor and shows the possibility to deliver the hybrid Fe3O4-Au particles to the tumor loaded with the anti-tumor drug doxorubicin. The drug is released inside the tumor and has a therapeutic influence,” said Mariya Efremova, junior research assistant at the Laboratory for Chemical Design of Bionanomaterials for Medical Applications at Lomonosov Moscow State University, and an engineer at the NUST MISIS Biomedical Nanomaterials Laboratory.

It is possible to place almost any drug (in place of doxorubicin) into the “nanodumbbell,” and this makes this hybrid an ideal platform to detect tumor cells and deliver drugs; previously proposed methods were only suitable for certain types of drugs and only worked on certain types of cancer cells. Such versatility offers the hope for a new generation of treatments for malignant tumors in coming years.