The Genetics of Pre-Eclampsia

Pre-eclampsia is a pregnancy disorder that is characterized by high blood pressure and the presence of protein in the urine. The condition typically arises after 20 weeks of pregnancy and in severe cases, red blood cell breakdown occurs resulting in low blood platelet count, compromised liver function, kidney dysfunction, shortness of breath due to fluid buildup in the lungs, swelling, and visual disturbances. If left untreated, it may result in seizures: this is called eclampsia. 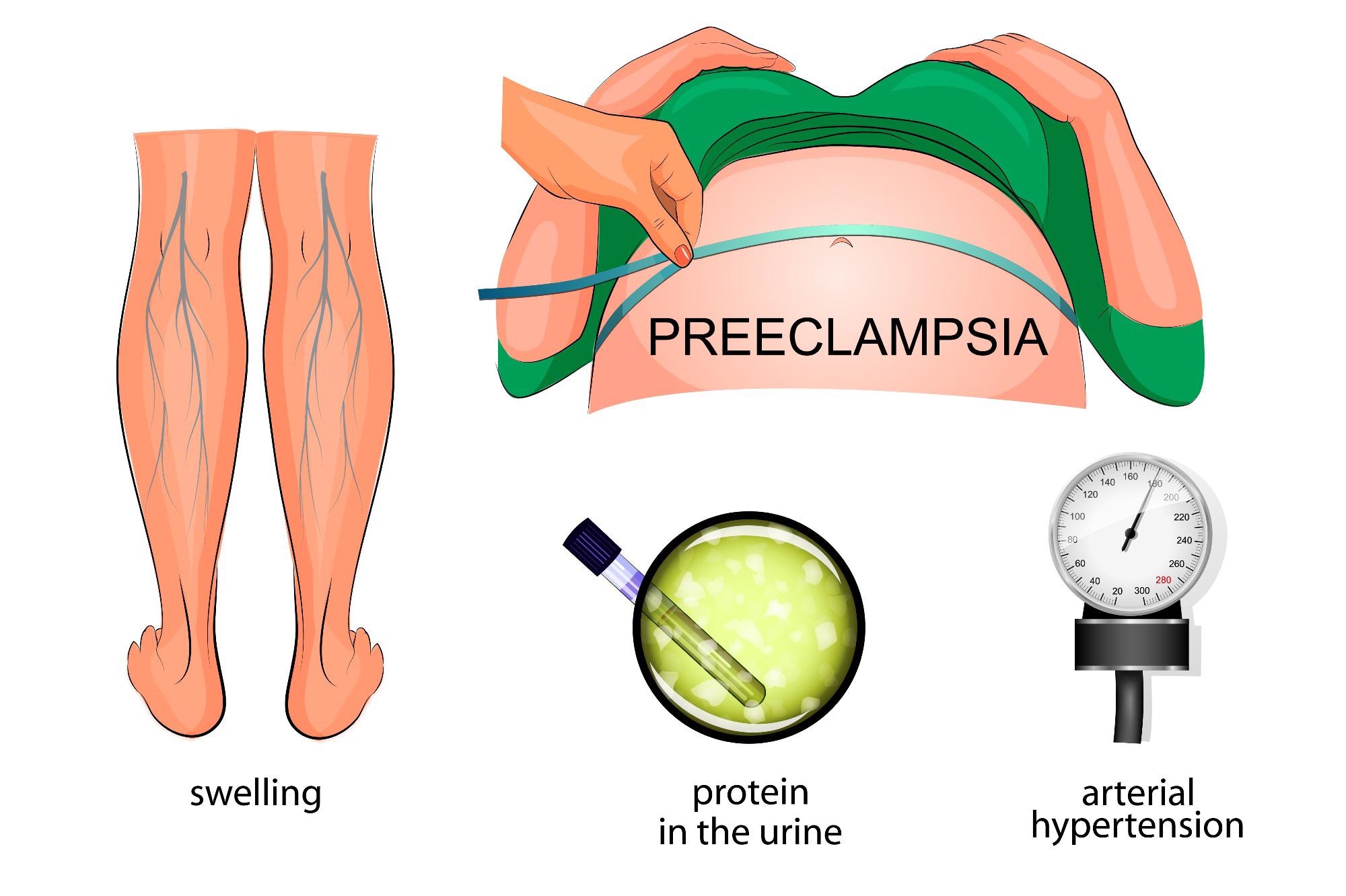 There is a genetic underpinning to pre-eclampsia that has been recognized since the 19th century. Oftentimes, two genotypes must be considered; the mothers and the fetus (with a paternal contribution, paternal genes must also be considered).

Recent investigations have estimated the heritability of pre-eclampsia to be ~ 55%, with contributions from both maternal and fetal genes. In twin studies of the condition, concordance of pre-eclampsia is as common as discordance. The largest published twin study to date has revealed pre-eclampsia penetrance to be <50%, suggesting models of inheritance are diverse.

Pre-eclampsia is considered to be a complex genetic disorder; in a small number of cases, pre-eclampsia does follow mendelian patterns of inheritance. The condition arises as a result of numerous common variants at different loci which, produce small effects individually, but collectively a large susceptibility to disease.

Whether or not each of these low penetrant variants produces a phenotype is dependant on environmental exposures which include age and weight. In addition, the cause cannot be attributed to a single variant in each case of pre-eclampsia; it is more likely that different variants could be associated with various subsets of disease.

In a study of Latin American women, several genetic variants were found to influence an individual’s predisposition to pre-eclampsia. Some variants were consistently associated with pre-eclampsia across different populations despite ethnic and genetic background differences inherent in the Latin American population studied. It was also found that genetic intra and inter variation produced a large effect on predisposition to pre-eclampsia.

A large genetic association study of pre-eclampsia studied 775 single nucleotide polymorphism in 120 genes across > 350 mothers with pre-eclampsia compared to 602 women in a control group without pre-eclampsia.

In this study, six genes were detected that confirmed significant evidence of a maternal-fetal genotype interaction that was related to the development of pre-eclampsia. These genes were: IGF1, IL4R, IGF2R, GNB3, CSF1, and THBS4.  Combined with these findings other studies suggest that polygenic inheritance with a genetic component for pre-eclampsia is multifactoral.

As such, several biological candidate genes and polymorphism have been examined in relation to pre-eclampsia.

The endoplasmic reticulum aminopeptidases 1 and 2 (ERAP1 and 2) play a role in the immune response through their involvement in antigen presentation. Data in mice have demonstrated that ERAP1 (predominantly), as well as ERAP2, are responsible for trimming MHC Class 1 presented peptides. single nucleotide polymorphisms in ERAP2 have been demonstrated in Australian, New Zealand, and Norwegian populations that are associated with pre-eclampsia.

These same single nucleotide polymorphisms have also been associated with hypertensive disorders in pregnancy in African American populations; however, they have not been found to cause an increased risk of pre-eclampsia in a Chilean population. This supports the notion that pre-eclampsia has a heterogeneous genetic association, with variation observed between different ethnic groups.

TNFSF13B is a member of the tumor necrosis factor family of ligands.  This gene is involved in the regulation of the immune response to infections, inflammation, and autoimmune responses. It has been suggested that the role of TNFSF13B is to modulate the main system of the mother and help in the development of the fetus’ immune system as receptors for TNFSF13B are expressed in cytotrophoblast cells and mesenchymal cells of the placenta during pregnancy.

Several polymorphisms in VEGF have been correlated with an increased risk of pre-eclampsia. This has been shown in African American women as well as Caucasian women, however, single nucleotide polymorphisms were distinct in the two populations. All the data has also demonstrated that some polymorphisms in the gene can be protective.

This was seen in a Hungarian cohort of patients where the 405 C > polymorphism was associated with less severe pre-eclampsia. Single nucleotide polymorphism has also been found in the eNOS gene which controls the regulation of smooth muscle tone in the vascular system and critically determines the correct blood perfusion of the placenta. Alongside eNOS, CYP11B2 encodes a steroid 11/18-beta-hydroxylase which synthesizes the mineralocorticoid aldosterone. Single nucleotide polymorphisms in this gene have been associated with a protective effect.

In addition to these sets of genes, single nucleotide polymorphism has been found in genes related to metabolism and oxidative stress.

Pre-eclampsia is ultimately a multifactorial disease where maternal and fetal factors result in a multi-component risk. The condition cannot be attributed to a single factor, and several are needed in concert to produce symptoms of pre-eclampsia.

Several studies across different populations have identified maternal polymorphisms that are associated with pre-eclampsia through candidate gene approaches. These findings are observational and require complementary genome-wide approaches. Moreover, evaluation of the interaction between genes and the environment and the relative effects of the paternal and embryonic genotypes also need investigating.

Hidaya is a science communications enthusiast who has recently graduated and is embarking on a career in the science and medical copywriting. She has a B.Sc. in Biochemistry from The University of Manchester. She is passionate about writing and is particularly interested in microbiology, immunology, and biochemistry.