It may be too late to stop Alzheimer’s in people who already have some mental decline. But what if a treatment could target the very earliest brain changes while memory and thinking skills are still intact, in hope of preventing the disease? Two big studies are going all out to try.

Clinics throughout the United States and some other countries are signing up participants—the only studies of this type enrolling healthy older people.

“The excitement in the Alzheimer’s field right now is prevention,” said Dr. Eric Reiman, executive director of the Banner Alzheimer’s Institute in Phoenix, which is leading the work.

Science so far has failed to find a drug that can alter the progression of Alzheimer’s, the most common form of dementia; 146 attempts have failed over the last decade, a recent industry report found. Even drugs that help remove the sticky plaques that clog the brains of people with the disease have not yet proved able to stave off mental decline.

It may be that they were tried too late, like lowering cholesterol after someone has suffered a heart attack whose damage can’t be undone, Reiman said.

“What we have been learning, painfully, is that if we really want to come up with therapies that will modify the disease, we need to start very, very, very early,” said Dr. Eliezer Masliah, neuroscience chief at the National Institute on Aging. 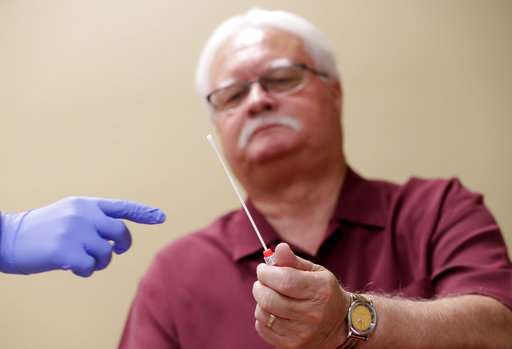 His agency is funding the prevention studies with the Alzheimer’s Association, several foundations, and Novartis and Amgen, makers of two experimental drugs being tested.

The goal is to try to block the earliest steps of plaque formation in healthy people who show no symptoms of dementia but are at higher risk for it because of age and a gene that makes it more likely.

To participate, people must first join GeneMatch, a confidential registry of folks interested in volunteering for various Alzheimer’s studies who are ages 55 to 75 and have not been diagnosed with any mental decline.

They are checked for the APOE4 gene, which doesn’t destine someone to develop Alzheimer’s but raises that risk. About one in four people have one copy of the gene and about 2 percent have two copies, one from each parent.

More than 70,000 people have signed up since the registry began three years ago, said Jessica Langbaum, one of the Banner study leaders. 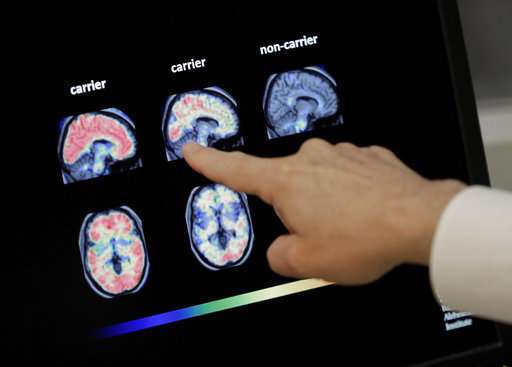 “Most of them have been touched by the disease personally,” either by having a family member or close friend with it, she said.

Langbaum’s 67-year-old mother, Ivy Segal, gave a DNA sample through a cheek swab and joined the registry in August. Her father was a patient at Banner and died of Alzheimer’s in 2011 at age 87. Watching him go from a mild-mannered man whose smile could light up a room to what he was like when he died was devastating, she said.

Being in GeneMatch doesn’t necessarily mean you’ll find out if you have the gene—folks with and without it may be contacted about various studies. But to be in one of the two prevention studies, people must agree to learn their APOE4 status and have at least one copy of the gene. 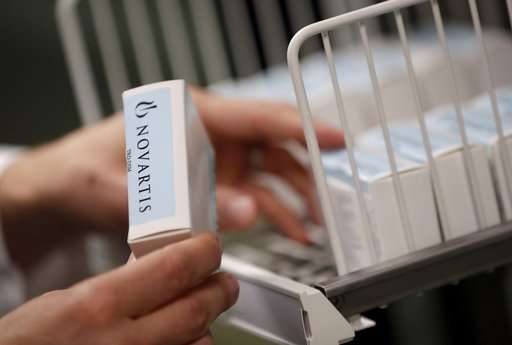 Participants get periodic brain scans and memory and thinking tests every six months. They are given experimental drugs or placebo versions of them for several years.

The other study is in people who either have two copies of APOE4 or one copy of the gene plus evidence on brain scans of plaque starting to build. They will get one of two doses of the drug to prevent plaque formation or placebo pills.

Larry Rebenack, 71, of the Phoenix suburb of Surprise, Arizona, joined GeneMatch in August. 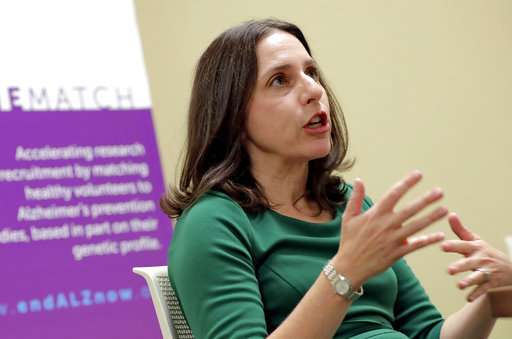 “I have a lot of friends and acquaintances I’ve seen deteriorate,” including one who started blowing through stop signs on a route to a golf course they had safely traveled for years, and another who forgot not only where he had parked his car but even what kind of car it was, Rebenack said. “It’s a disease that takes a little part of you away each day.”

Rebenack has decided to learn whether he has the gene if researchers give him the chance to find out.