New QUT research has shed fresh light on how head and neck cancer spreads to other organs and researchers are developing a simple blood test to tell doctors which patients are at risk of spread long before conventional imaging can.

The research team, headed by Associate Professor Chamindie Punyadeera, present their findings this week at the international Saliva and Liquid Biopsy Symposium 2018 at QUT.

Doctors, cancer researchers and medical industry representatives from around the world are attending the symposium to share their latest findings and technology in relation to a ‘liquid biopsy’ – the use of saliva or blood for the non-invasive diagnosis of disease.

Professor Punyadeera, from QUT’s Institute of Health and Biomedical Innovation, said she and her team had identified clusters of circulating tumour cells (CTCs) in blood samples from 15 out of 60 patients recently diagnosed with stage IV locally advanced head and neck cancer which had not spread to other organs.

Professor Punyadeera and her team are working with Professor Ian Papautsky, a Chicago-based biomedical engineer, who has developed a device to separate single CTCs and CTC clusters from the blood of cancer patients.

“Research on single CTCs has shown they have clinical significance in predicting the course of cancer but understanding the role of clusters of CTCs in cancer spread has been limited,” said Professor Punyadeera who worked with Dr. Arutha Kulasinghe.

“We found that the presence or absence of short-lived CTC clusters in patients who had locally advanced head and neck cancer was associated with the spread of cancer to other organs.

“The preliminary study found that six of the seven patients with stage IV head and neck cancer who had CTC clusters (pictured below) went on to develop lung or liver secondary cancers within six months.

“In contrast we found that the absence of CTCs or CTC clusters in patients with head and neck cancer may indicate no systemic spread.

“This finding is potentially an important prognostic tool that could guide doctors’ choice of therapies as we move to personalised medicine for individual patients. This work has been expanded into lung cancers where there are more targeted therapies.” 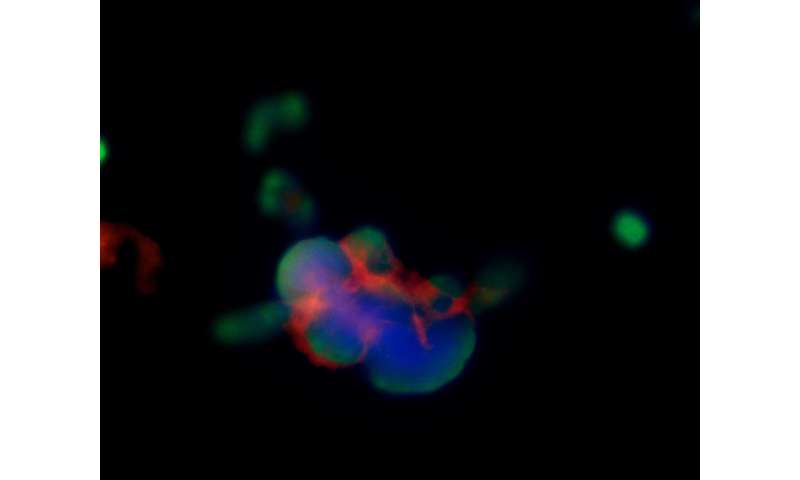 Dr. Kulasinghe said it was early days yet for this finding.

“But we now know that CTC clusters may hold promise as indicators of cancer spread,” he said.

“CTC clusters represent micro-metastases which is why they can be detected up to six months before a macro-metastasis is discovered by conventional imaging such as CT scans.

“To investigate further, we are conducting a 100-patient longitudinal study funded by a Federal Government Cancer Australia grant. 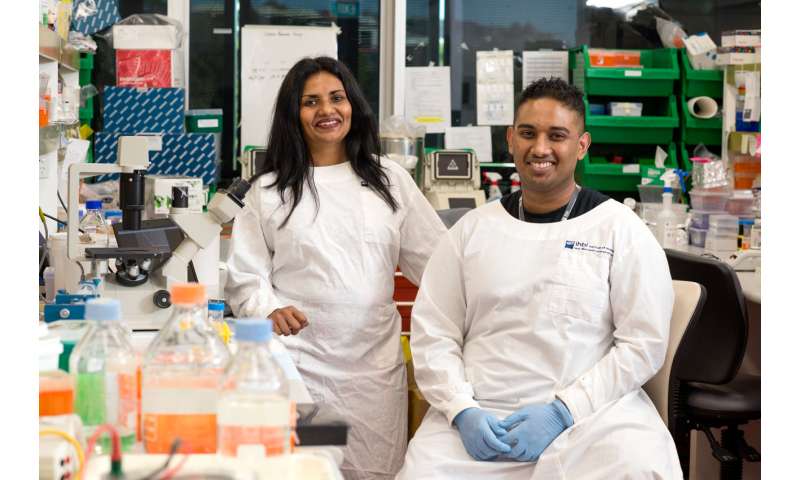 “We are also looking to expand this technology to other solid cancers such lung cancer.”

Professor Punyadeera said other areas of liquid biopsy research at QUT presented at the Symposium were a saliva test to identify microorganisms in the mouth that may predispose people who smoke tobacco or chew betel nut to mouth and throat cancers, and also an oral swab test for heart failure patients to manage this chronic condition.