Separation anxiety disorder is a condition in which there is extreme discomfort and fear while one is temporarily separated from the people or things they are closely attached to. 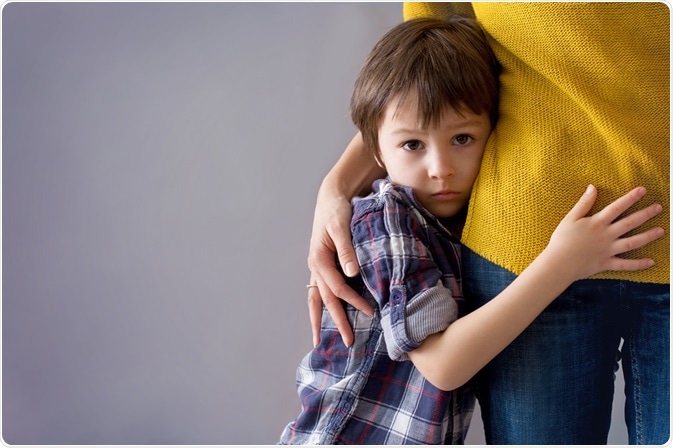 These patients are reluctant to go to a new place. They suffer from the constant fear that some mishap may occur to them or to their loved ones while they are separated.

Profound homesickness is often observed. Patients may experience physical symptoms such as headache, nausea, and vomiting, and also insomnia, and nightmares amongst the panoply of other symptoms.

Separation anxiety disorder was initially believed to be a pediatric psychological disorder, but was later re-categorized as its existence in all stages of life came to light.

The condition is considered to be caused by environmental and familial factors, such as a child being exposed to the overly anxious behavior of their elder family members.

Reassuring that the patient is safe

In order to calm patients with separation anxiety disorder, the treating physician must enable them to feel safe on their own.  Many patients feel unsafe when apart from the person or item that they are attached to, therefore, special efforts are needed to assure them of the safety of their surroundings.

Parents may be able to help their children deal with such undue insecurity by deliberate periodic planned absences from the child, having first informed the child of their plans sympathetically, and returning at the promised time to build confidence that they will return.

Dealing with the clinging behavior of the child with compassion and maturity is of key importance. Rather than sneaking away for some work in a suspicious manner, it is vastly preferable to have an active conversation about the reason for going away, which can reassure the child. Parents themselves should remain composed while dealing with a child with separation anxiety disorder.

Also, encouraging the child to participate in various outdoor activities and praising even the smallest of achievements in due measure can also prove to be helpful for such children to gain more confidence.

Cognitive behavioral therapy (CBT) is a first-line treatment used in the majority of patients with separation anxiety disorder. This approach involves systematically dealing with the patient’s fears.

Exposure therapy is one such therapy, which exposes children to separation from their caregivers for regulated durations. The pattern of separation can be regular in the beginning, and more scattered once the child begins to be comfortable with the absences over time. Psychiatrists also employ relaxation techniques to calm down these patients during the periods of separation.

Other approaches include contingency management therapy to enhance courageous behavior in these children by motivating them to achieve their treatment goals.

As the family members may unintentionally feed anxiety while trying to comfort the anxious children, family education and therapy are often essential.

Due to the side effects of anxiolytic medications such as benzodiazepines, including dependence, these are generally avoided in children. However, in severe cases where CBT and other psychotherapy approaches prove to be inadequate, anti-anxiety medications may be considered.

Apart from benzodiazepines, several other medications such as the selective serotonin reuptake inhibitors (SSRIs) are effective in treating separation anxiety disorder.

In addition to controlling the fear of separation, maintaining a healthy lifestyle is also important. By ensuring a healthy diet, sufficient sleep, and regular exercise, stress can be diminished significantly. This can reinforce the results of parallel therapies given to the patients.

Other effective techniques for counselling the child with separation anxiety are play therapy, talk therapy, and school-based counselling.

A combination of two or more of the above-mentioned approaches are used by psychiatrists to effectively treat separation anxiety disorder, individualizing the plan based on the severity of the disorder.