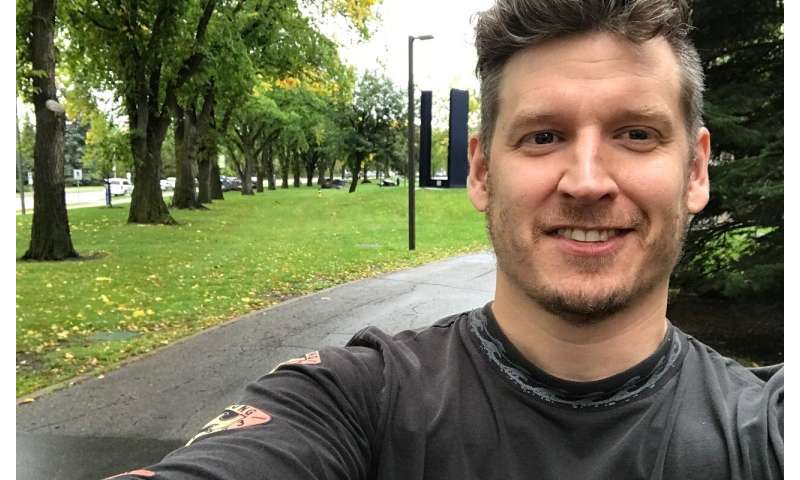 When you’re feeling down, does your mood improve after posting selfies online?

It could mean you’re at least a bit narcissistic, according to new research from the University of Alberta.

“We wanted to see if rejected narcissists feel better after posting selfies,” said psychologist Kyle Nash. And it turns out they do, at least when their photos draw enough likes on social media.

“Social media lets narcissists make a perfect picture of themselves, edit it, doctor it, throw it online and watch the stream of potentially global social approval. It’s the narcissist’s perfect tool,” said Nash, whose study was published this month in Frontiers in Human Neuroscience.

We all fall somewhere on the scale of narcissism, said Nash, but in some it’s more pronounced than in others. The condition is generally defined by some degree of lack of empathy, grandiosity, a chronic sense of entitlement and a constant need to seek out admiration and validation from other people.

Nash divided study participants into three groups—with varying degrees of narcissism divided equally among them—and subjected them all to social exclusion by having them play a video game called Cyberball, a virtual version of monkey-in-the-middle. He measured their emotional responses by measuring electrical activity in the brain with EEG headsets.

“Narcissists are particularly sensitive to exclusion,” noted Nash in his study, “causing them to react more aggressively toward those who rejected them and even toward uninvolved third parties.”

In this case, the Cyberball game was rigged so that after a few passes, the player stops receiving the ball, a condition meant to induce distress.

“We wanted to make the need for social approval salient, and particularly sting the narcissists,” said Nash.

Once properly ostracized, one group was told to take selfies and post them on Instagram. The accounts were then hijacked to bombard participants with likes over the course of seven or eight minutes.

A second group posted selfies but received no likes to determine whether merely looking at selfies provides relief.

“Can Trump, for example, just look in the mirror and feel great, or does he need the feedback?” asked Nash, who added the U.S. president is the perfect example of a narcissist seeking self-validation through social media.

A third control group simply stared at a neutral photo of gravel: “We had to make sure we weren’t affirming these narcissists in some way.”

As expected, those higher on the narcissism scale showed a bigger drop in distress on the EEG measure when their selfies got good reviews, said Nash, indicating that “social media may provide certain (but not all) narcissists with an ideal solution to their unique social dilemma”—allowing them to avoid the messy business of nurturing relationships with real human beings, he added.

“It allows them to reliably attain social validation without resorting to real-world relationships that typically require reciprocity and sacrifice. They don’t need to engage at all with real people in any authentic, meaningful way.”

One unexpected finding was that a particular subset of narcissists—those characterized by leadership and authority—found the most relief in social media validation.

“It seems to be a healthier kind of narcissism,” said Nash. “They perform better, have better health and a more stable sense of confidence.”

But does this mean social media is turning us all into narcissists?

“I can’t say for sure, but I would bet that social media could be increasing levels of narcissism,” said Nash, adding that other studies have shown a generational rise in the trait.

And let’s face it, he added, posting a selfie is always a bit narcissistic.

“Not that the average person is always narcissistic, but occasionally so. There’s no other way to explain it. This study does indicate why some people seem to be more drawn to social media than others, and why there is a correlation between narcissism and how often you post.