A breakthrough has been made in the fight against Alzheimer’s disease—researchers have found a new way to target the toxic particles that destroy healthy brain cells.

Academics at the University of Cambridge and at Lund University in Sweden have devised the first strategy to ‘go after’ the cause of the devastating disease, leading to hope that new drugs could be developed to treat dementia.

Professor Michele Vendruscolo, one of the scientists who led the research hailed as a ‘world first’, said: “This is the first time that a systematic method to go after the pathogens—the cause of Alzheimer’s disease—has been proposed. Until very recently scientists couldn’t agree on what the cause was so we didn’t have a target. As the pathogens have now been identified as small clumps of proteins known as oligomers, we have been able to develop a strategy to aim drugs at these toxic particles.”

Dementia is the leading cause of death in the UK and the cost of dementia is expected to more than double in the next 25 years, from £26 billion to £55 billion. Estimates put the cost to the global economy at nearly a trillion dollars every year.

Alzheimer’s disease leads to the death of nerve cells and tissue loss throughout the brain. Over time, the brain dramatically shrinks and the cell destruction causes memory failure, personality changes, and problems carrying out daily activities.

Scientists identified abnormal deposits called protein oligomers as the most likely suspects of the cause of dementia. Although proteins are normally responsible for important cell processes, when people have Alzheimer’s disease these proteins become rogue, form clumps and kill healthy nerve cells.

Proteins need to fold into a specific structure to function properly. When this folding process fails, the cell has a serious ‘misfolding problem’, and dangerous deposits, which can cause dementia, can be formed that the brain can’t get rid of. Misfolded proteins form abnormal clusters called plaques which build up between nerve cells stopping them from signalling properly. Dying nerve cells also contain tangles which are twisted strands of protein which destroy a vital cell transport system, which means nutrients and other essential supplies can no longer move through the cells.

Professor Vendruscolo explained: “A healthy brain has a quality control system that effectively disposes of potentially dangerous masses of proteins, known as aggregates. Upon ageing, the brain becomes less able to get rid of the dangerous deposits, leading to disease. It is like a household recycling system, if you have an efficient system in place then the clutter gets disposed of in a timely manner. If not, over time, you slowly but steadily accumulate junk that you don’t need. It is the same in the brain.”

The research was carried out by an international team of scientists that also included Professor Sir Christopher Dobson, Master of St John’s College, University of Cambridge, at the Centre for Misfolding Diseases (CMD) co-founded by Sir Christopher. Their research paper has been published today in the Proceedings of the National Academy of Sciences (PNAS). 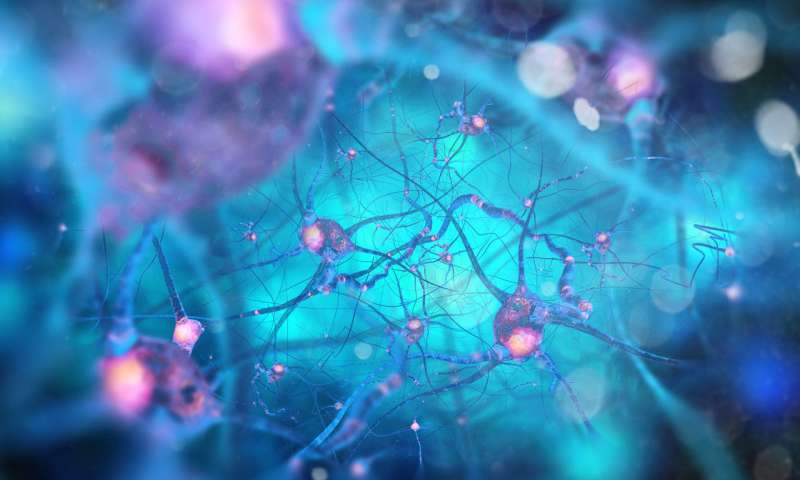 Sir Christopher said: “This interdisciplinary study shows that it is possible not just to find compounds that target the toxic oligomers that give rise to neurodegenerative disorders but also to increase their potency in a rational manner. It now makes it possible to design molecules that have specific effects on the various stages of disorders such as Alzheimer’s disease, and hopefully to convert them into drugs that can be used in a clinical environment.”

There have been approximately 400 clinical trials for Alzheimer’s disease but none of them have targeted specifically the pathogens that cause it. In the UK, dementia is the only condition in the top 10 causes of death without a treatment to prevent, cure or slow its progression.

Professor Vendruscolo added: “All the previous clinical trials that have focused on finding drugs to modify the disease have failed. The trials that have succeeded have given us a handful of drugs, but these drugs can only treat the symptoms of Alzheimer’s disease, not its onset and progression. Our research is based on the major conceptual step of identifying protein oligomers as the pathogens, and reports a method to systematically develop compounds to target them. This approach enables a new drug discovery strategy.”

Drug discovery involves screening of chemical libraries, identification of the active ingredient from a natural remedy or design resulting from an understanding of the target, in this case the protein oligomers. Development includes further studies, clinical trials and ultimately regulatory approval.

The team believes their first drug candidates could reach clinical trials in around two years. They have co-founded Wren Therapeutics, a biotechnology company in Cambridge, based in the newly opened Chemistry of Health building, whose mission it is to take the ideas developed at the University of Cambridge and translate them into finding new ways to diagnose and treat Alzheimer’s disease and other misfolding disorders.

The group’s new strategy is based on an innovative chemical kinetics approach developed in the last ten years by scientists led jointly by Professor Tuomas Knowles, also a Fellow at St John’s College, Sir Christopher and Professor Vendruscolo, working at the new centre in Cambridge, in collaboration with scientists at Lund University led by Professor Sara Linse.

Professor Knowles said: “We are very excited about the potential of chemical kinetics for drug discovery against protein misfolding diseases. Since the process of aggregation is highly dynamic, the framework of kinetics allows us to approach this problem in a new way and find approaches to stop the generation of toxic proteins species at their very source.”

The advance has been welcomed by leading medical experts.