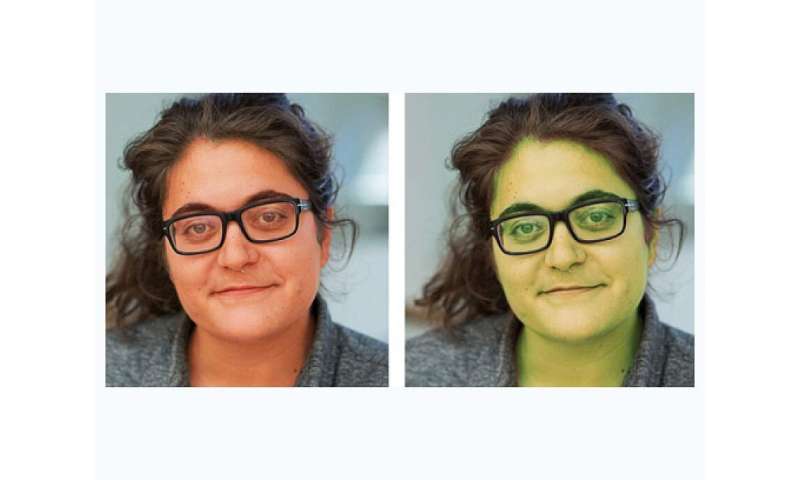 Anyone who has ever sensed that a person is sick simply by looking at their face has experienced the wealth of information conveyed by face color. A new study by the National Eye Institute (NEI), part of the National Institutes of Health, provides evidence that the human brain’s visual system is especially sensitive to the color of faces compared to the colors of other objects or things. Study results were published today in Nature Communications.

“The findings underscore the complexity of color perception. Far from operating as a reflex, color perception involves a set of sophisticated brain operations that ultimately assign value and meaning to what we see,” said the study’s lead investigator, Bevil Conway, Ph.D., head of the NEI Unit on Sensation, Cognition, and Action.

The findings also suggest that social communication cues from faces factored into evolutionary selective pressures that gave rise to trichromatic color vision in our ancestors 23 million years ago.

The study grew out of a curiosity observed in Conway’s lab by graduate students Maryam Hasantash and Rosa Lafer-Sousa. They noticed that under a low-pressure sodium (LPS) lamp, which makes everything appear monochromatic, like a black and white movie with a brownish-yellow filter, everyone looked sick.

Investigating the phenomenon in a controlled setting, 20 people were each presented with 35 visual stimuli under an LPS lamp and again under white light. Visual stimuli included objects that have a characteristic color (oranges, strawberries, tomatoes), objects with arbitrary color (Legos, toy cars), and in-person actors representing a diversity of skin colors. After each item or person was presented, each study participant made a color match using a computer monitor to indicate the color of the stimulus they had just viewed.

As expected, under the white light, people matched oranges to orange, strawberries and tomatoes to reds, and faces and hands to some variation of brown or tannish pink.

Under LPS lighting, all stimuli except faces appeared brownish yellow. By contrast, every single participant matched 100 percent of the actors’ faces to greenish hues. Skin on the hand, neck and forehead, visible through cutouts in a mask, appeared brownish yellow, not green, to participants. Photographs of faces under LPS lighting were also matched to greens, but to a lesser extent. Face photographs in which the features had been scrambled were not matched with green at all.

The hypothesis was that study participants’ memory-based assumptions about color—oranges are orange, strawberries are red—would subtly influence color selection under LPS lighting, with arbitrarily colored objects such as Legos serving as the control.

“Surprisingly, we found no clear evidence of the impact of memory on the color appearance of toys, fruit or non-facial body skin. Meanwhile, significant evidence showed a paradoxical impact of memory on face color since under most circumstances, no one expects a face to be green,” Conway said.

What’s more, the perceived greenish hue of faces under LPS light deviates from what might be expected based on the spectrum of the LPS light itself, which gives a yellowish appearance. In other words, the color people were seeing could not be attributed to the light hitting the eye, but to unconscious inferences about the proper color of faces.

One theory is that in the context of in-person actors’ faces, the LPS lighting created a kind of optical illusion. The eeriness of the lamp’s glow triggered an error signal in the visual system. The theory follows that the illusion occurred because our brains are wired to try to understand what we see by factoring context into our perception. In the context of faces under LPS light, things looked so strange, the brain conjured up an explanation: the actor must be sick, according to the researchers.

“The specificity of this error signal to faces tells us that the brain has special wiring for face color,” Conway said.

Taken together, the findings suggest that human assessment of face color is an essential operation that is inherent in the human visual system. Moreover, the face-color memory effects uncovered in the study appear to be encoded by the L and M cones, the photoreceptors that make trichromatic color vision possible.