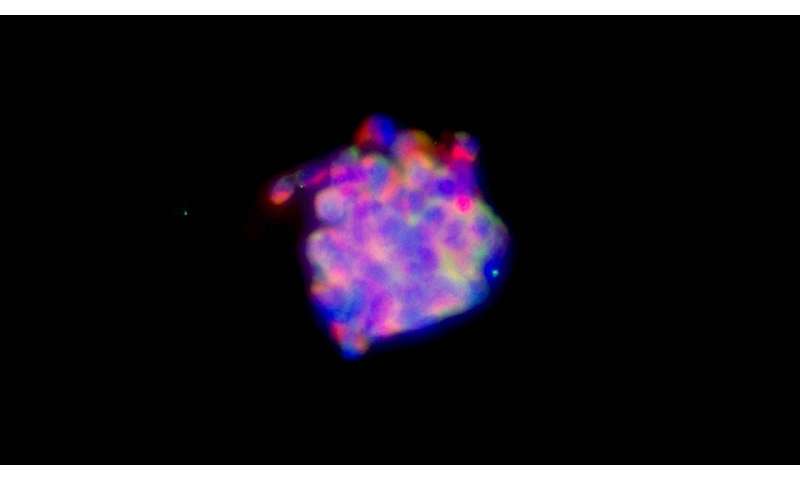 Liver cancer is the second leading cause of cancer-related deaths worldwide. The most common primary liver cancer in adults is known as hepatocellular carcinoma (HCC), and accounts for approximately 780,000 deaths every year. Even with advanced surgical treatments or transplantation, the 5-year survival rate for HCC patients remains poor due to frequent recurrence.

Now, a new study from National University of Singapore (NUS) researchers has demonstrated a potential method for treating advanced liver cancers like HCC. Led by Associate Professor Edward Chow, who is a Principal Investigator with the Cancer Science Institute of Singapore (CSI) at NUS and Dr. Toh Tan Boon, who is Head of the Translational Core Laboratory at NUS N.1 Institute for Health (N.1), a team of NUS scientists showed that a class of small molecule drugs that target the JAK/STAT signalling pathway could be used to fight against the disease.

Their results were published in the Journal of Hepatology on 18 September 2019.

The JAK/STAT signalling pathway is an important set of proteins that control a wide range of biological functions, including immune responses and cellular development. This pathway typically responds to external cellular cues to turn on specific sets of genes that help cells properly develop or allow the immune system to fight off infections. As such, if the JAK/STAT signalling pathway somehow goes awry, it can lead to the formation of tumours.

In their study, the NUS team targeted the JAK/STAT pathway to inhibit its action in tumour formation. They showed that a subpopulation of cancer ‘stem-like’ cells are sensitive to a class of small molecule drugs that inhibit the JAK/STAT pathway. These stem-like cells can self-renew and are responsible for causing the cancer cells that comprise the tumour.

Dr. Toh Tan Boon, who is Head of the Translational Core Laboratory at N.1 and the co-lead author of the study, explained the significance of these findings, “We can now potentially use small molecule compounds to target these specific small population of cancer stem-like cells that are often the cause of tumour recurrence.”

The researchers were able to isolate these tumour-initiating cancer cells that are often the culprits of therapy resistance that leads to cancer relapse. They found that an important cancer pathway, known as the JAK/STAT signalling pathway, was enriched in this cancer stem-like population of cells.

In this study, JAK/STAT inhibitors targeting cancer stem-like cells were able to effectively reduce cancer progression in preclinical models of liver cancer. The NUS team found that the tumour forming ability was reduced by 50 percent after drug treatment.

Miss Lim Jhin Jieh, a doctoral student at CSI and co-first author of the paper, said, “This study highlights a novel strategy in treating liver cancer patients whose tumours show aberrant activity of important cellular pathways. Blocking the activity of an alternative pathway with small molecule drugs could effectively eradicate the cancer at its roots and prevent a relapse.”