Our brains have an “auto-correct” feature that we deploy when re-interpreting ambiguous sounds, a team of scientists has discovered. Its findings, which appear in the Journal of Neuroscience, point to new ways we use information and context to aid in speech comprehension.

“What a person thinks they hear does not always match the actual signals that reach the ear,” explains Laura Gwilliams, a doctoral candidate in NYU’s Department of Psychology, a researcher at the Neuroscience of Language Lab at NYU Abu Dhabi, and the paper’s lead author. “This is because, our results suggest, the brain re-evaluates the interpretation of a speech sound at the moment that each subsequent speech sound is heard in order to update interpretations as necessary.

“Remarkably, our hearing can be affected by context occurring up to one second later, without the listener ever being aware of this altered perception.”

“For example, an ambiguous initial sound, such as ‘b’ and ‘p,’ is heard one way or another depending on if it occurs in the word ‘parakeet’ or ‘barricade,’ ” adds Alec Marantz, principal investigator of the project, a professor in NYU’s departments of Linguistics and Psychology, and co-director of NYU Abu Dhabi’s Neuroscience of Language Lab, where the research was conducted. “This happens without conscious awareness of the ambiguity, even though the disambiguating information doesn’t come until the middle of the third syllable.”

For examples of these stimuli, please click here: http://lauragwilliams.github.io/postdiction_stimuli. 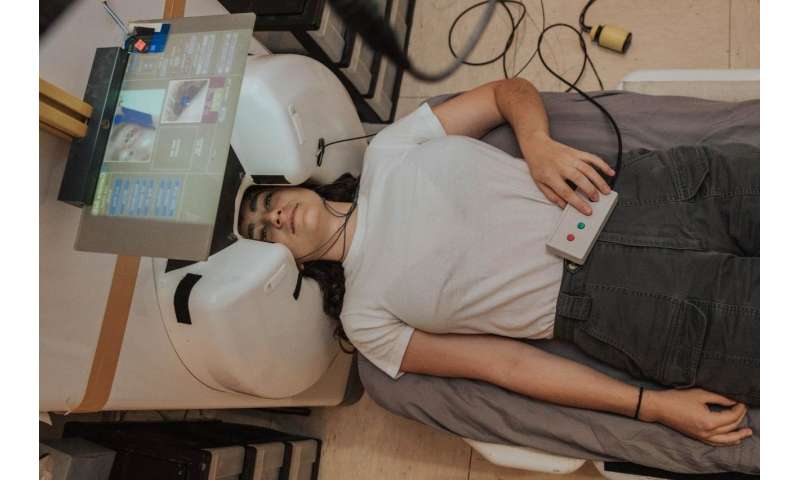 The study—the first to unveil how the brain uses information gathered after an initial sound is detected to aid speech comprehension—also included David Poeppel, a professor of Psychology and Neural Science, and Tal Linzen, an assistant professor in Johns Hopkins University’s Department of Cognitive Science.

It’s well known that the perception of a speech sound is determined by its surrounding context—in the form of words, sentences, and other speech sounds. In many instances, this contextual information is heard later than the initial sensory input.

This plays out in every-day life—when we talk, the actual speech we produce is often ambiguous. For example, when a friend says she has a “dent” in her car, you may hear “tent.” Although this kind of ambiguity happens regularly, we, as listeners, are hardly aware of it.

“This is because the brain automatically resolves the ambiguity for us—it picks an interpretation and that’s what we perceive to hear,” explains Gwilliams. “The way the brain does this is by using the surrounding context to narrow down the possibilities of what the speaker may mean.”

In the Journal of Neuroscience study, the researchers sought to understand how the brain uses this subsequent information to modify our perception of what we initially heard. 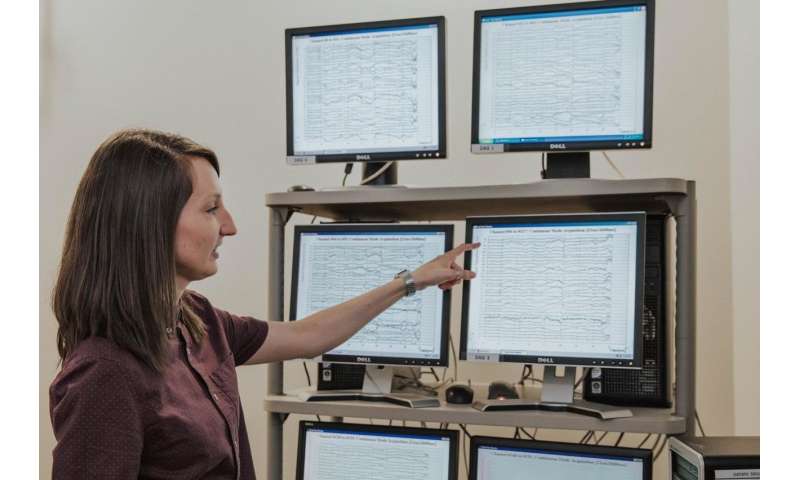 To do this, they conducted a series of experiments in which the subjects listened to isolated syllables and similarly sounding words (e.g., barricade, parakeet). In order to gauge the subjects’ brain activity, the scientists deployed magnetoencephalography (MEG), a technique that maps neural movement by recording magnetic fields generated by the electrical currents produced by our brain.

“What is interesting is the fact that this context can occur after the sounds being interpreted and still be used to alter how the sound is perceived,” Gwilliams adds.