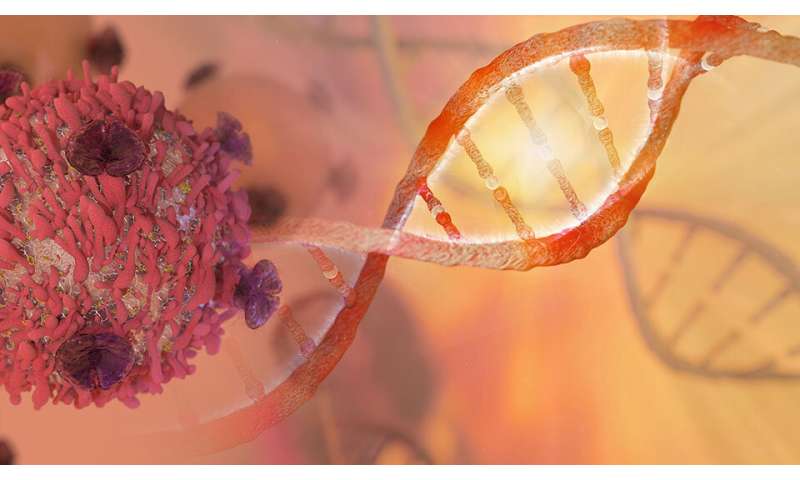 Natural killer T cell lymphoma (NKTL) is an aggressive form of cancer with very poor treatment outcomes in the advanced stages. NKTL generally affects the upper airways and digestive tracts in patients, but can also involve the gastrointestinal system, skin and other soft tissues. NKTL is rare but relatively prevalent in Asian and Latin American populations.

It is known that the enzyme EZH2 is involved in the disordered physiological processes associated with NKTL and other cancers, as previous research has shown that levels of EZH2 are aberrantly high in cancer patients. However, the molecular mechanisms governing this upregulation are poorly understood, and in NKTL, EZH2 remains un-targetable.

Now, researchers from the Cancer Science Institute of Singapore (CSI) at the National University of Singapore (NUS) have identified an enzyme known as ‘maternal embryonic leucine zipper kinase’ (MELK) that is involved in the regulation and function of EZH2 in NKTL.

This discovery means that the production of EZH2 could be indirectly targeted by targeting MELK.

Professor Chng Wee Joo, Deputy Director of CSI Singapore and Senior Principal Investigator of the research, said, “MELK serves as a potential biomarker for NKTL and the discovery of the molecular mechanism underlying the disease pathogenesis highlights new targeting routes for the treatment of NKTL.”

These results were published in the journal Blood on 21 August 2019.

The role of EZH2

In addition, elevated EZH2 also plays a role in chemo-resistance. Proteasome inhibitors such as Bortezomib are currently used for the treatment of NKTL in clinical trials. But the deregulation of EZH2 sees a loss of sensitivity to the drug in cases of NKTL.

Dr. Li Boheng, the first author of the published paper, explained, “We sought to gain a clearer understanding of the driving mechanism behind the over-expression of EZH2 in NKTL to develop better therapeutic strategies to treat this disease and improve clinical outcomes.”

The role of MELK

Elevated MELK expression has been observed in multiple cancers and is associated with disease aggression and poor patient prognosis.

The NUS researchers predicted and reported an EZH2-correlated increase in MELK protein levels in NKTL patients. They then went on to establish a previously unknown mechanism for EZH2 being stabilised by MELK.

The mechanism showed that as the EZH2 turnover decreases it exacerbates the resistance to Bortezomib treatment in NKTL. The research team then explored knocking down MELK levels in NKTL cells and observed an increased sensitivity to Bortezomib.

These findings potentiate an alternative treatment strategy of combining MELK inhibitors and Bortezomib along with other chemo regimes to treat NKTL.

The discovery of the MELK-dependent EZH2-stabilising mechanism by the researchers not only deepens the understanding of the pathogenesis of NKTL, it reveals alternative drug targets to significantly reduce EZH2 protein levels to treat this aggressive disease.