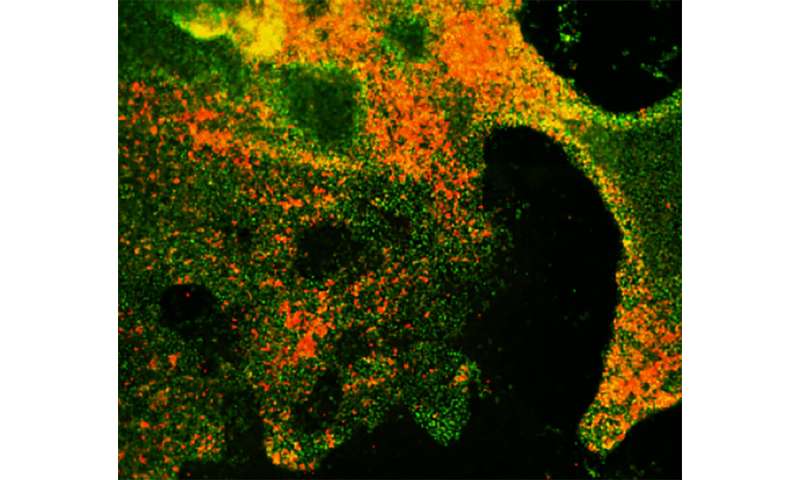 Researchers from Weill Cornell Medicine have used human embryonic stem cells to create a new model system that allows them to study the initiation and progression of small cell lung cancer (SCLC). The study, which will be published February 8 in the Journal of Experimental Medicine, reveals the distinct roles played by two critical tumor suppressor genes that are commonly mutated in these highly lethal cancers.

SCLC, an extremely aggressive form of lung cancer, is found almost exclusively in smokers and usually becomes resistant within several months to existing treatments, such as chemo- and radiotherapy. Over the last 30 years, little progress has been made in developing new treatments for the disease, causing the US Congress and National Cancer Institute to designate it as a “recalcitrant” cancer.

One reason for the lack of new treatments is the rapid onset and progression of SCLC, making it difficult to obtain clinical samples for researchers to study. Over the past few years, models for studying SCLC have been developed in mice. The authors of the new report in JEM describe an alternative way to study SCLC in human cells by growing embryonic stem cells in culture and differentiating them into various types of lung cells capable of becoming cancerous.

SCLC is thought to develop from a particular type of lung cell, called pulmonary neuroendocrine cells (PNECs), but until now, no one knew how to induce human embryonic stem cells to become PNECs in the lab. “We discovered a means to induce pulmonary neuroendocrine-like cells from cultured human embryonic stem cells after first differentiating them into lung progenitor cells,” says Huanhuan Joyce Chen, a postdoctoral fellow at the Meyer Cancer Center, Weill Cornell Medicine, who was one of the lead authors on the study. “We did this by blocking an important cell signaling pathway known as the NOTCH pathway.”

Almost all patients with SCLC carry mutations that inactivate two key tumor suppressor genes called RB and TP53. Chen and colleagues found that lung progenitors formed even more PNECs when their RB gene was inhibited in addition to the NOTCH signaling pathway. Moreover, RB-deficient PNECs expressed a set of genes very similar to those expressed by early-stage SCLC tumors, although they were unable to form tumors when injected into laboratory mice.

However, when Chen and colleagues also inhibited the TP53 gene, the PNECs began to express genes that promote cell proliferation and prevent cell death, and cultures containing these PNECs formed slowly growing tumors when injected under the skin of mice. The results suggest that mutations in the RB and TP53 affect two aspects of initiation of SCLC.