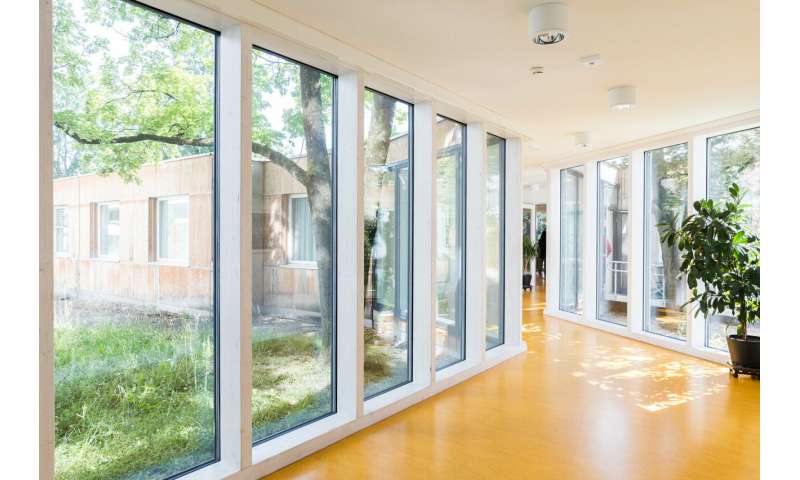 Using notes made by the attending healthcare professionals about psychiatric patients enables impending coercive measures to be predicted in advance—potentially even through automated text analysis. This was reported by researchers from the University of Basel and the Psychiatric University Clinics Basel in the journal Frontiers in Psychiatry.

When psychiatric patients pose a danger to themselves or others, the use of coercion is sometimes unavoidable. Measures such as relocation to an isolation room or forced medication are regarded as a last resort, however. They are kept to a minimum and their use is strictly regulated.

Various methods are already in use to detect the risk of violence early and provide the possibility of de-escalation. These methods often focus on patient characteristics and patient-staff interactions, but are not regarded as very reliable.

Researchers from the University of Basel and the Psychiatric University Clinics (UPK Basel) chose a new approach in the current study. They looked for indications of an emerging escalation in the case notes. Medical, psychological and nursing staff use these to document the treatment and prior course of the illness.

The retrospective examination encompassed the records of 26 adult patients who ultimately required seclusion. A patient group of equal size with identical diagnoses, for whom coercive measures were not required, was used as a comparison. The basis for the qualitative and quantitative text analysis was the notes from the three days preceding an escalation.

The results showed that the case notes before seclusion were more extensive, meaning they contained a significantly higher number of words. “It seems that the attending staff describe problematic behavior more comprehensively in order to improve information transfer between different shifts, justify upcoming coercive measures and ensure that they are legally protected,” says Dr. Clara Stepanow, author of the study.

The qualitative content analysis showed that the healthcare staff used subjective emotional expressions more frequently in the days before seclusion, thereby expressing their concerns, worries and difficulties in the otherwise factual notes.

Before a coercive measure, the behavior of patients was also often described using negative terms such as “agitated,” “irritable” and “loud”; the expression “threatening” was only used for patients who were later secluded. Expressions such as “manageable” also indicated a difficult situation, albeit one that staff were able to defuse. Finally, notes recording sleep loss, refusal of medication, high contact frequency and demanding behavior proved to be precursors to seclusion.