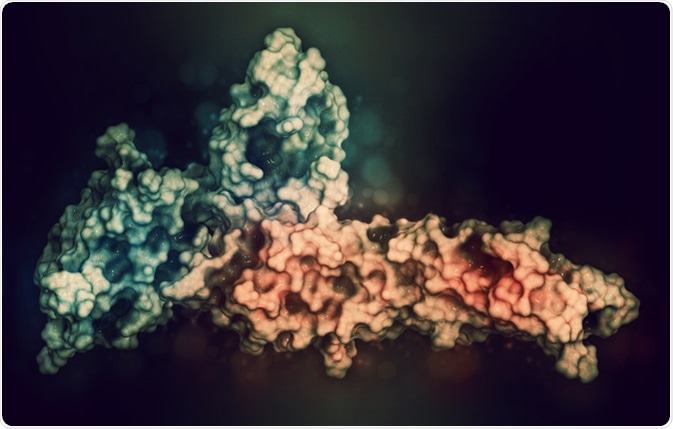 Although the molecular mechanisms involving PD1 and PD-L1/2’s actions at the T cell receptor (TCR) have not been fully elucidated, it is known that the interaction is strong enough to interfere with the TCR’s signal transduction. With T cell activation there is the induction of PD1, which leads to an inhibitory feedback mechanism that diminishes signaling from the TCR cascade and a host of other physiological responses, such as attenuated cytokine production, a decrease in the body’s metabolism of glucose and cell cycle arrest.

With regards to PD1 and cancer, there are several studies attempting to create a clearer picture on the elements that reduce the immune’s system antitumor response, especially those involved in the co-inhibitory and co-stimulatory pathways. PD1 is deeply involved in the mediation of tumor-induced suppression of the immune system. Under normal physiological circumstances, the PD1 and PD-L1/2 pathway is necessary to control the extent of inflammation in tissues that express the antigens. This is crucial in protecting non-injured and normal tissues from injury.

All activated T cells express PD1 on their surfaces. The inflammatory process is initiated once a T cell has recognized the antigen on the cell of interest, leading to the production of inflammatory cytokines. These cytokines then cause PD-L1 expression to occur in the tissue and activate the PD1 on the T cells, which leads to immune tolerance. Immune tolerance occurs where there is a loss in ability of the immune system to launch an inflammatory response. This phenomenon occurs even in the presence of offending antigens.

In Cancer and Therapy

Certain cancers find a way to evade immune response by perverting the PD1 and PD-L1 protective mechanism. They do this through the overexpression of PD-L1, particularly seen in melanomas. The pharmacological prevention of PD1 and PD-L1 interaction can be achieved by employing PD1/PDL-1 inhibitors.

Studies have shown that these agents have demonstrative and clear benefits in the fight against cancer, but they do have some limitations. One such limitation is that their ability to combat tumorous cells is dependent on the population of T cells that are generated and capable of recognizing the target cells through antigen presentation. Moreover, it is also seen in studies that not all tumors expressing PD-L1 are effectively blocked by PD1/PD-L1 inhibitors.

In a similar contrasting fashion, there are some PD-L1-negative tumors that are capable of being blocked by these drugs.

Dr. Damien Jonas Wilson is a medical doctor from St. Martin in the Carribean. He was awarded his Medical Degree (MD) from the University of Zagreb Teaching Hospital. His training in general medicine and surgery compliments his degree in biomolecular engineering (BASc.Eng.) from Utrecht, the Netherlands. During this degree, he completed a dissertation in the field of oncology at the Harvard Medical School/ Massachusetts General Hospital. Dr. Wilson currently works in the UK as a medical practitioner.