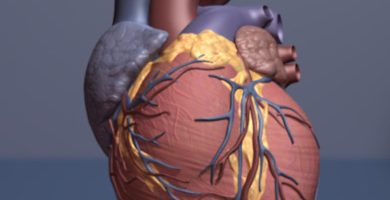 While previous studies have shown that heavy drinking can increase risks for alcoholic cardiomyopathy (leading to alcohol induced heart failure), high blood pressure, heart attack, arrhythmias, stroke and death, there is limited research on how alcohol consumption can have a such a negative effect on heart health.

For this study, researchers utilized certain signs to define the participants’ drinking habits as heavy/harmful: having six or more drinks on one occasion; feeling hungover or drunk; needing a drink first thing in the morning; having experienced adverse consequences in their personal life because of drinking; having a family member or loved one who is concerned about their drinking. Any or all of these signs were indications of a level of drinking that is damaging to cardiovascular health.

“A person can have heart damage before symptoms occur, which we call subclinical heart disease. By measuring the level of certain molecules in the blood, we were able to find that heavy drinkers are much more likely to have subclinical heart damage than people who drink less heavily,” said study author Olena Iakunchykova, M.S., a Ph.D. candidate in community medicine at the University in Tromsø, The Arctic University of Norway.

To determine the effects of varying levels of alcohol consumption on the heart, researchers examined blood samples from 2,525 adults, ages 35-69, from the year 2015 to 2018, from the Know Your Heart study. 2,479 of the participants were from the general population of Arkhangelsk, a city in Northwest Russia, while the other 278 participants were patients diagnosed with and being treated for alcoholism at the Arkhangelsk Regional Psychiatric Hospital.

The researchers categorized adults based on their self-reported alcohol consumption habits and included those who drank no alcohol, those who consumed alcohol but didn’t experience the signs of heavy/harmful drinking, and heavy drinkers who met the criteria for harmful drinking.

“Our results suggest that people who drink heavily are creating higher than normal levels of inflammation in their bodies that have been linked to a wide range of health conditions including cardiovascular disease,” Iakunchykova said. “The study adds to what we already know about the health consequences of heavy alcohol consumption. We are now studying ultrasound images of the heart as it beats to help us identify the precise sorts of heart damage associated with heavy and harmful drinking.”