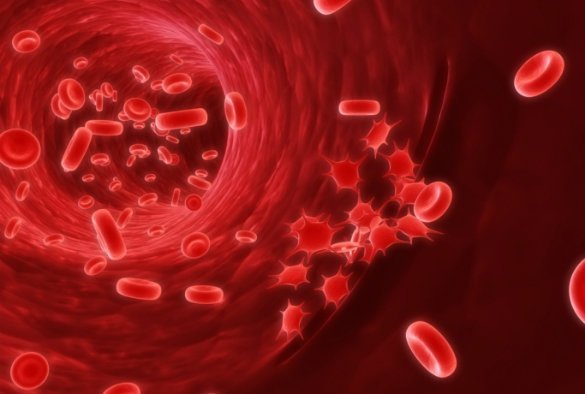 People with a slow developing type of blood cancer may be able to safely come off ‘life-long’ daily treatment in the future and remain free from cancer, the latest results from a University of Liverpool clinical trial suggest.

Chronic myeloid leukaemia (CML) is diagnosed in around 600 people each year in the UK. The outlook for people with CML was very poor until the development of drugs called ‘tyrosine kinase inhibitors’ (TKIs) in the early 2000s.

It is estimated that there are over 5,000 people with CML in the UK currently on TKI treatment, which costs the NHS on average around £23,000 per year for each patient.

Common side effects of the medication include chronic headaches, stomach problems and fatigue, and women are typically advised not to conceive children while taking the drugs due to the high risk of birth defects.

While TKIs are able to reduce the amount of leukaemia cells in the blood to almost undetectable levels, until recently it was thought that they could not eradicate the leukaemia ‘stem cells’ that drive the disease and provide an actual cure. It was assumed that patients would need to remain on TKIs for life to prevent the CML from returning.

A clinical trial, called DESTINY, run by the University of Liverpool across 20 hospitals in the UK, has found that many patients who have consistently responded well to years of treatment can reduce the dose of their daily treatment, and then stop altogether.

The trial, led by Professor Richard Clark from the Institute of Translational Medicine, halved patients’ standard TKI dose in the first year and then stopped treatment altogether. As well as patients with almost undetectable leukaemia, the trial also included some patients whose leukaemia was stable though rather more active, who have never been studied previously.

Patients were carefully monitored with specialist blood tests every one to two months. If signs of the leukaemia returning were detected, patients were immediately put back to the full dose of their TKI treatment.

Three years into the clinical trial, the latest results were revealed at the prestigious European Haematology Association conference in Stockholm on Saturday 16 June. They showed that 72 percent of patients with very low or undetectable leukaemia remained in remission two years after completely stopping taking daily treatment.

Professor Richard Clark, said: “We’ve found that reducing and then stopping treatment is safe for most patients with CML who have had stable and excellent responses to TKI therapy after some years of treatment, and is associated with reduced symptoms.

“Overall our findings are better than any other studies world-wide, and imply that our unique gradual withdrawal of treatment might be important. We don’t yet fully understand why our results are so good, but this is a happy problem to have!”

Dr. Alasdair Rankin, Director of Research and Patient Experience at the blood cancer research charity Bloodwise, who provided funding for the trial, said: “Since their introduction, TKI drugs have transformed the lives of people with CML, enabling many to live a relatively normal life simply by taking tablets every day. But treatment is life-long, and some people will experience serious side effects that severely impact their quality of life.