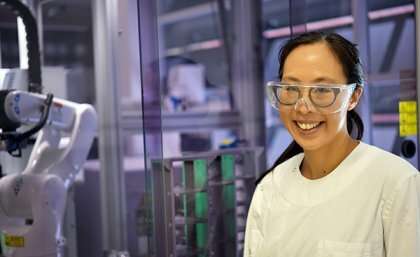 Australian and US researchers have developed a way to discover elusive cancer-promoting genes, and have already identified one that appears to promote aggressive breast cancers.

The University of Queensland and Albert Einstein College of Medicine team has developed a statistical approach to reveal many previously hard-to-find genes that contribute to cancer.

Associate Professor Jess Mar, of UQ’s Australian Institute for Bioengineering and Nanotechnology, said the majority of ‘oncogenes’ identified to date showed up in most patients with a particular cancer type.

“When you average the data across those patients, those common oncogenes tend to stand out, but they don’t paint the full picture,” Dr. Mar said.

“Even if a group of people all have the same type or even subtype of cancer, the molecular makeup of that cancer is different from person to person because the activity of genes vary between people,” she said.

“If an oncogene is over-active in one group of patients but inactive in another group, that’s statistically harder to see using the tools that we had available.

“If you only look at the average activity of a gene across the two groups, you’d never see the high activity in the first group.”

The Oncomix method enables researchers to ‘zoom in’ on genetic information from cancer patients and identify genes with two distinct ‘bumps’ of data—low activity in one group of patients but high activity in another.

“We’re acknowledging that there is diversity among cancer patients, but we’re still looking for trends in the data that pertain to groups of people,” Dr. Mar said.

They identified five genes that were over-active in a subset of breast cancer patients and followed up on the most promising target, known as CBX2.

“This suggested a possible link between CBX2 activity and breast cancer, but the nature of that link hadn’t been investigated.

“So we switched off the gene in a human breast cancer cell line and this slowed down the growth of those cancer cells, suggesting that CBX2 might promote tumour growth.”

Dr. Mar said if further tests confirmed that CBX2 was an oncogene, it could be a potential therapeutic drug target for aggressive types of breast cancer.

“This discovery highlights the potential value of the Oncomix approach,” Dr. Mar said.

“Identifying ‘hidden’ oncogenes that are unique to smaller groups of cancer patients will open up new therapeutic avenues and move us closer to personalised medicine.”