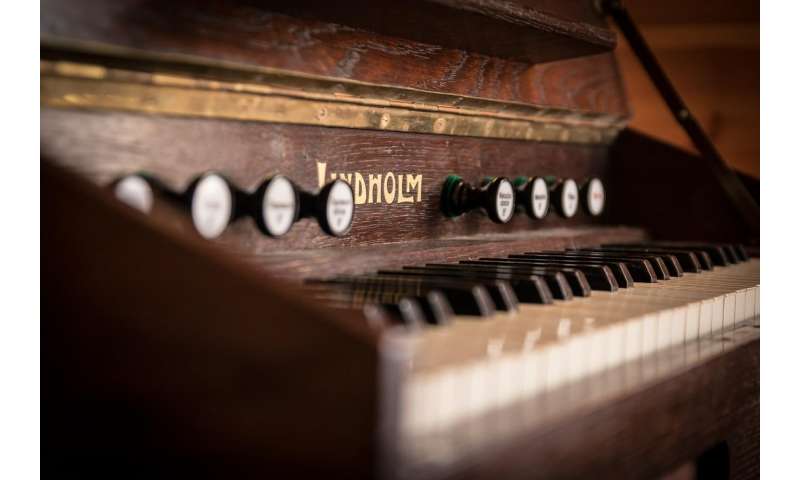 High schoolers who take music courses score significantly better on exams in certain other subjects, including math and science, than their non-musical peers, according to a study published by the American Psychological Association.

“In public education systems in North America, arts courses, including music courses, are commonly underfunded in comparison with what are often referred to as academic courses, including math, science and English,” said Peter Gouzouasis, Ph.D., of the University of British Columbia, an author of the study of more than 100,000 Canadian students. “It is believed that students who spend school time in music classes, rather than in further developing their skills in math, science and English classes, will underperform in those disciplines. Our research suggests that, in fact, the more they study music, the better they do in those subjects.”

The research was published in the Journal of Educational Psychology.

The researchers examined school records for all students in British Columbia who started the first grade between 2000 and 2003; completed the last three years of high school; had completed at least one standardized exam for math, science or English (10th or 12th grade); and for whom they had appropriate demographic information (e.g., gender, ethnicity, neighborhood socioeconomic status).

Of the more than 112,000 student records studied, approximately 13% of the students had participated in at least one music course in grade 10, 11 or 12. Qualifying music courses included concert band, conservatory piano, orchestra, jazz band, concert choir and vocal jazz. General music or guitar courses did not qualify as they required no previous music experience and, in the case of general music, did not require music-making or practice, according to Gouzouasis and his co-authors, Martin Guhn, Ph.D. and Scott Emerson, MSc, also from the University of British Columbia.

“Students who participated in music, who had higher achievement in music, and who were highly engaged in music had higher exam scores across all subjects, while these associations were more pronounced for those who took instrumental music rather than vocal music,” he said. “On average, the children who learned to play a musical instrument for many years, and were now playing in high school band and orchestra, were the equivalent of about one academic year ahead of their peers with regard to their English, mathematics and science skills, as measured by their exam grades.”

“Learning to play a musical instrument and playing in an ensemble is very demanding. A student has to learn to read music notation, develop eye-hand-mind coordination, develop keen listening skills, develop team skills for playing in an ensemble and develop discipline to practice. All those learning experiences play a role in enhancing children’s cognitive capacities and their self-efficacy,” he said. “We think that the effects we see are partly a result of the fact that children engaging in school music over many years mostly receive quality music instruction and need to master the high expectations of performing at a high school band or orchestra level. In fact, it is that high levels of music engagement for which we saw the strongest effects.”

The researchers hope that their findings are brought to the attention of students, parents, teachers and administrative decision-makers in education, as many school districts over the years have emphasized numeracy and literacy at the cost of other areas of learning, particularly music.