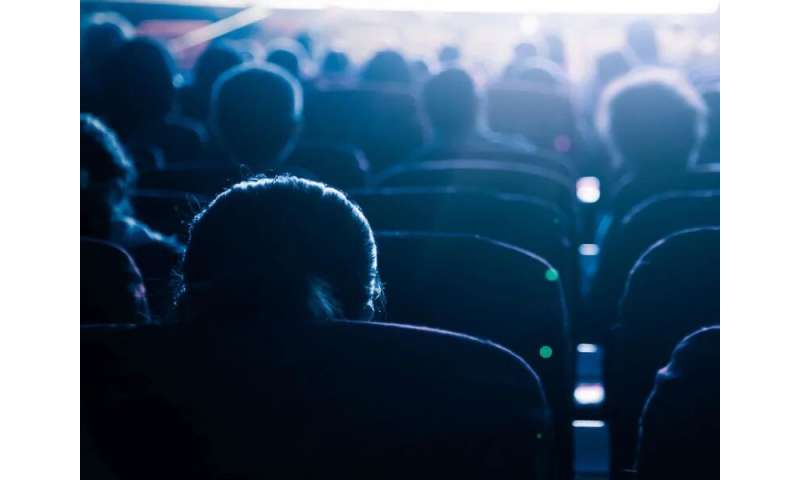 Parents often worry that violent movies can trigger violence in their kids, but a new study suggests PG-13-rated movies won’t turn your kids into criminals.

Researchers found that as PG-13 movies became more violent between 1985 and 2015, overall rates of murder and violence actually fell.

“It doesn’t appear that PG-13-rated movies are having any impact on viewers,” said lead researcher Christopher Ferguson. He’s a professor of psychology at Stetson University in DeLand, Fla.

Kids may re-enact things they see in films during play, Ferguson said, but their playful re-enactments don’t turn into real-life violence, like bullying or assaults.

But the report came under fire from Dan Romer, director of the University of Pennsylvania’s Adolescent Communication Institute. He said the data studied can’t be used to draw conclusions about movies’ effects on violence.

“The authors have a very simplistic model of how the mass media work, and they have an agenda that attempts to show that violent media are salutary rather than harmful,” Romer said. “What is needed is dispassionate analysis rather than cherry-picking of convenient data.”

Previous studies have suggested parents may become desensitized to violence in PG-13 movies, making it more likely they will let children see them—especially when gun violence is portrayed as justified.

But researcher Ferguson said media are simply an easy target for people who want to claim the moral high ground. Blaming media gives people a false sense of control.

“It’s nice to say, ‘Let’s get rid of this thing and then that would make all these problems go away,'” he said. “It’s kind of a simplistic answer.”

Dr. Michael Rich, director of the Center on Media and Child Health at Boston Children’s Hospital, reviewed the findings. He said the new study attempts to simplify a complex issue.

“While violence has declined, it doesn’t warrant the conclusion that we are not affected by violence in our media,” Rich said. “As a pediatrician, I am more concerned about the violence that children experience every day, which is not reflected in crime stats.”

What people experience most is micro-aggressions, like bullying, Rich said. While he considers movies a reflection of society, he added that the causes of violence and aggression are numerous. “It’s a complex issue,” he said.

But it’s clear that violence in media has a numbing effect, making viewers less bothered by it, he said. “That is, in part, why violent media always needs to up the ante,” Rich explained.

Media violence teaches kids that the world is more violent than it really is, and most react by becoming more fearful, not more violent or aggressive, he said.

“Violence is much rarer than fear and anxiety,” Rich said. “We find that most kids who carry a weapon into school do it for protection.”

For the study, Ferguson and Villanova University psychology professor Patrick Markey reviewed other researchers’ data on PG-13 movies, along with U.S. Federal Bureau of Investigation data on violent crime and the National Crime Victimization Survey.

But Romer said that data can’t be used to draw conclusions about movies’ effects on violence.

Despite a sharp drop in youth violence since the mid-1990s, the homicide rate has been far more stable, Romer said.

“And the homicide data do not even focus on youth gun homicides, which is what one would want to look at if one were really interested in the effects of gun violence in popular movies,” he added.

Rich said parents can use media to teach their children. He suggested parents watch these movies with their kids and help them respond to their feelings and fears about what they see.

“Parents can help guide their children to what is acceptable and what is not,” Rich said. “Kids are always learning, but that learning can be shaped and modified.”