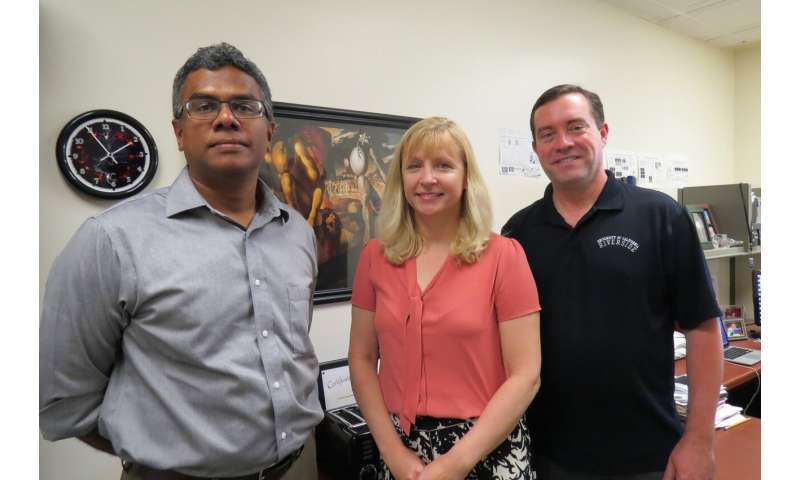 A research team at the University of California, Riverside, has found exposure to sound—not sound reduction—during early development of mice engineered to have Fragile X Syndrome, or FXS, restores molecular, cellular, and functional properties in the auditory cortex, the area of the brain that processes sounds.

The results suggest that facilitating exposure to sounds during early age can restore communication between brain cells that have been altered by the gene mutation that leads to FXS.

Caused by gene abnormalities, FXS, the most common inherited cause of intellectual disability and autism, affects approximately 1 in 4,000 males and 1 in 6,000 females. About 1 in 259 women carry FXS and could pass it to their children. Children, mostly boys, with FXS show neurodevelopmental and neuropsychiatric disabilities, including hyperactivity.

Humans with FXS and other autism spectrum disorders, or ASDs, are hypersensitive to sounds. Indeed, it is not uncommon to see persons living with FXS or ASDs frequently close their ears or wear sound-canceling headphones. Some loud sounds can even lead to seizures in these individuals.

“Our study has found that raising FXS mice in a sound-limiting environment leads to even more severe abnormalities than in FXS mice raised in a noisy vivarium,” said Iryna Ethell, a professor of biomedical sciences in the School of Medicine, who led the research.

The researchers examined the structural changes in the auditory cortex of FXS mice at the cellular level and found that sound reduction—or attenuation—leads to a loss of inhibitory neurons in the brain. The loss of these neurons, which reduce brain activity, is most likely responsible for hypersensitivity in FXS. Sound exposure, on the other hand, restores levels of these neurons and brain responses to the normal range.

“Perhaps exposure to sounds, rather than isolation, in early development of individuals living with FXS is a better approach to treat hypersensitivity,” Ethell said.

The study, published in Neurobiology of Disease, is the first to show the beneficial effects of developmental exposure to pure tone in a mouse model of FXS.

“Our findings provide a scientific basis for future clinical work using exposure to sound as therapy, in addition to drugs,” Ethell said. “Sensitivity in individuals with FXS and ASDs is not limited to sound. Other sensory modalities have similar avoidance effects—such as light, touch, and smell. Our findings, therefore, may have broader implications for multisensory exposure.”

In one experiment, the researchers placed FXS mice in a sound-limiting box five days after birth. They then examined their responses to reduced sound using electrophysiology. They also measured anatomical and biochemical changes in the brain when the mice were 21 days old. In another experiment, the researchers placed different FXS mice in a similar box five days after birth but exposed them to loud sound. They then performed a similar analysis on these mice when they were 21 days old.

The researchers found, unexpectedly, that exposure of FXS mice to repeated presentations of a 14 kilohertz tone at a 5 hertz repetition rate for 24 hours a day from when the mice were nine days old to when they were 21 days old normalized their responses to sound and corrected deficits seen in the FXS mice.

“These beneficial effects of sound exposure were a surprise because we expected a sound reduction would prevent hyperresponsiveness and reduce the FXS mice’s sensitivity to sound,” Ethell said.

The study by Ethell’s lab, done in collaboration with the labs of Khaleel Razak, a professor of psychology; and Devin Binder, a professor of biomedical sciences, was supported by a three-year grant from the Department of Defense.